Wyldlife - Year of the Snake 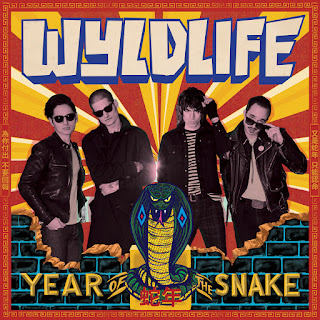 Straight out of New York City, comes  WYLDLIFE, a bright and fierce Rock & Roll outfit that takes its inspiration from 70’s punk, glam and garage rock  but updates it for the modern age.  "Year of the Snake" is their second full length for Wicked Cool Records and it kicks major ass.

In these strange lock down times it's hard for a rock'n'roll band to survive without being able to preach the rock'n'roll gospel on the road. So it was time for this blog to have a nice conversation with lead singer Dave Feldman

1) For the viewers of this blog who would not know you, What would you tell about you and your musical background to introduce yourself? Can you also introduce the other members of WYLDLIFE who participated in the recordings? 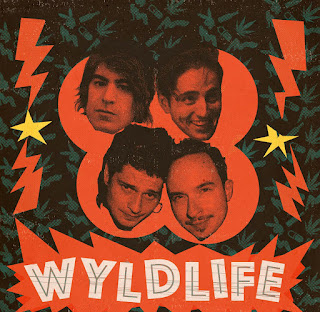 The foundation of WYLDLIFE was laid back in middle school when myself and Sam Allen (guitar) started playing in bands together. We were 11 years old, mostly doing covers. We started writing more and more stuff in high school and wanted to keep the feeling alive so Sam brought Spencer Alexander (bass) in when we split to college. Stevie Dios (drums) joined the fold after the first two LPs and that’s the lineup you’ve got now. We all have a love for rock n roll.


2) About the newly released full length record, Year of the Snake, what can you tell about the recording process? Was this a "live" in the studio recording or a track by track recording with lots of overdubs?

Year of the Snake was recorded over the course of 7 or 8 months. It was tracked live to tape in a week and then we kept coming back into the studio in short bursts working with the producer/engineer Geoff Sanoff around his schedule, just adding guitars and tambourines and proper vocals, hand claps and all that.

I don’t really know anything about that, I’m pretty sure we used a blend of the two seeing as this was recorded to tape machine and then ran everything through Pro Tools. There were no MiDi instruments on the record, no auto tune or Melodyne. We never believed in that crap and never will. What you hear on this album is 100% authentic rock n roll music. 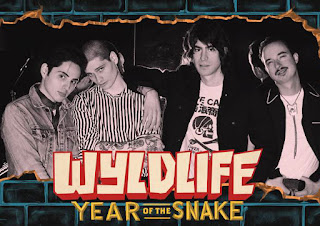 4) How would you describe the music you are playing? If I were to call it "Rock'n'Roll à la New York Dolls with a bit of power-pop", would you agree with this description? Are you proud of it or do you consider there is way more than that?

I dunno if I have a favorite topic when it comes to lyrics, it’s just whatever I’m feeling at the time. A lot of the lyrics revolve around relationships with people and friends, around my inner fears, and just the general chaos of life. We did write a song about zodiac signs and another about a car on this record, so that was fun and different.

Yes. We made a video for “Kiss and Tell” directed by our friend Randy Slavin. You can see it here:

7) What can concert goers expect at a WYLDLIFE  gig? Are you playin' any famous cover songs during the concert? 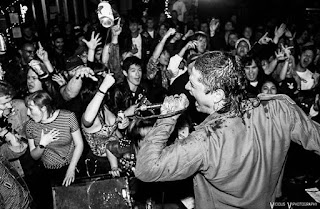 No one leaves a show of ours disappointed, but they should not be afraid of getting some beer spilt/spit on ‘em or getting incredibly sweaty. The hard part is always getting people through the door and showing up to the gig, but once they’re there, they become a believer. As a frontman, I took a lot of cues from Iggy Pop, from Howlin’ Pelle, from Stiv Bators. Sam’s as solid of a guitar player as they come and the same can be said for Spencer and Stevie‘s skills as musicians. It’s not enough to have catchy songs. You have to put on a good show.

At this point we have close to 50 original songs written and recorded so we don’t always do a cover. It depends on how we’re feeling that night. We’ve covered everything from the Dead Boys, The Stones, The Kinks, Les Dogs, The Replacements, Bob Seger, Bowie, Oasis, GG Allin... we’re all over the map. Maybe some day we’ll do a covers record.

Sadly a lot of our favorite contemporary bands are no more (Barreracudas, Dirty Few, Star Spangles, Ex Humans, Stalkers, etc.) but Criminal Kids and Flesh Panthers in Chicago are a solid match. Fast Eddy in Denver. Rexxx in Milwaukee. RMBLR in Atlanta, Ravagers in Baltimore... I never met those White Reaper guys or Culture Abuse but I back them quite a bit and I feel like they’re a fair match. There’s plenty of bands coming out today around the globe that, while they may not sound similar to us, I absolutely love. 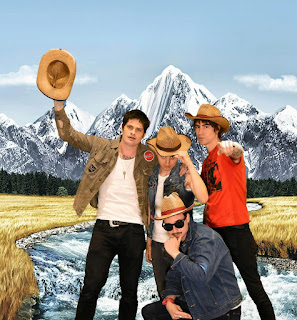 9) To what kind of music did you listen to as a teenager? What were your favorite bands as a teenager? Name 3 bands that you consider still have an influence on your own work today in  WYLDLIFE.

Naming only three is fucking hard! But I’d say The Hives, Oasis, and The Dead Boys.

It’s so hard to say right now, this quarantine has already gone on longer than I could have imagined and I don’t see any end in sight so my main goal is to just keep people interested in the new record and the band as humanly possible.

Wash your hands and buy our album. (Note: Guys, that's the best motto of the year! Eric)

Thanks for this - I love that band and I love the new record. Hopefully they can tour it at some point & I can finally see 'em live.