The Mergers - Three Apples in the Orange Grove 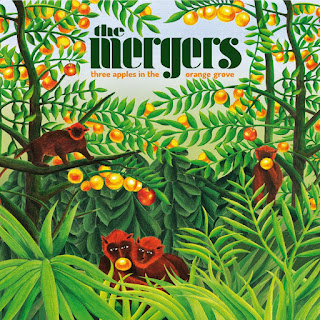 THE MERGERS return with their 3rd album on Soundflat Records and again they deliver a perfect mix of 60's influenced Freak Beat & 90's Power Pop. If the first track of the album, 'Outta My Way' is pretty much what you might expect from the four boys from Nuremberg, it becomes clear pretty soon, that this time around they are trying to create something new and a little bit more psychedelic than on its predecessors.
But whatever the various influences you might hear, the quartet comes up with a sound of their own. Unique, timeless and fresh, with superb vocal harmonies and lots of reverb and swirling guitars. This new album comes out like a real masterpiece.
1) For the viewers of this blog who would not know you, What would you tell about The Mergers to introduce yourselves? How long are you guys together as a band?  Who is playing what instrument nowadays?

The Mergers started in 2011 as a 60's Beat/Garage band. Over the years our sounds became a little more psychedelic. Jerry and Jay e.g. met for the first time in kindergarten and started their first band together about 20 years ago but we’ve all played together in different bands and formations before and we have known each other for quite a while. The Mergers’ lineup is and has always been: Jerry Coma - Vocals/Guitar;  Jay Le Saux - Vocals/Guitar; Henry Florence Jr - Bass/Vocals; Winston McCloud - Drums 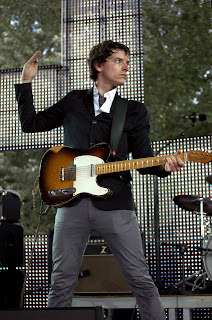 2) About the latest released full length record 'Three Apples in the Orange Grove',  what can you tell about the recording process? Was this a "live" in the studio recording or a track by track recording with lots of overdubs? Can you also explain the meaning of the title of this album?

For most of the songs we played the basic tracks together. But this time we had the intention to explore a little more where the musical journey might go to or end up. So here and there are some overdubs or sounds that we added afterwards while trying to create something new that hasn’t been on our previous LPs.

Actually there is just one song that was recorded track by track because we had to rearrange it completely so it would fit on the record.

The title Three Apples In The Orange Grove could mean that ‚it might not always be what it seems‘.

3) Do The Mergers use the nowadays recording technology or do you guys only work with analog machines in analog studios?

We use lots of vintage equipment and instruments but no more any analogue recording machines. We experimented with it in the beginning - didn’t really work out for us. 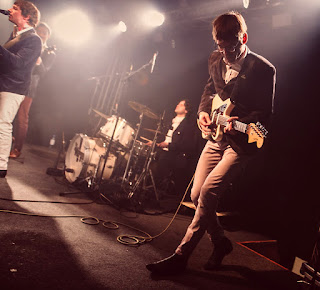 Jerry is writing most of the stuff while Jay is contributing a lot of songs too, but there are no restrictions of any kind. We are still creating the final versions of all the songs all together in the rehearsing room like we always did.

Used to be love. Right now it’s more about time or the right way to spend your time before it is all over or about the meaning of life or some strange thoughts on life in general.

6) The Mergers are sometimes described as a 60's influenced band. Do you agree with this opinion? Are you proud of it or do you consider there is way more than that? 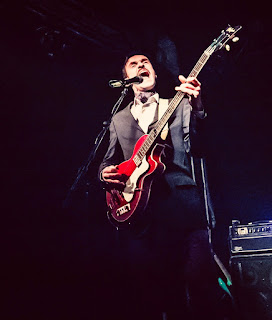 8) What can concert goers expect at a gig of The Mergers?  Are you playing any famous cover songs during the gig?

People can expect an energetic life show and a band that can actually play all the stuff that’s on the record. Usually we don’t play any cover tunes during our shows.

9) Are there any bands in Germany today you consider yourself close to, musically speaking?

Sure, there are some German bands that have the same musical background and are playing music that we like too but at least we don’t know any German band that we would consider really close to us or what we’re doing.

10) To what kind of music did you listen to as teenagers? What were your favorite bands as teenagers? Name 3 bands that you consider still have an influence on your own work today. 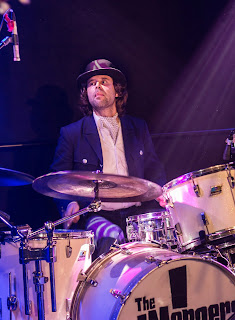 We probably all listened to The Beatles as teenagers. Then some of us listened to Oasis, Blur, Kula Shaker, Supergrass, Travis, Nirvana, The Rolling Stones, Dave Matthews Band, The Police and lots of other stuff. The 60’s influenced bands like Oasis and Kula Shaker or the real 60’s bands like The Beatles still have a big influence on our music today.

11) What are the plans for the rest of 2021 as far as The Mergers are concerned?

We’ll be playing our first indoor show since the begin of the pandemic in October (Nürnberg Pop Festival). Besides that we’re just trying to plan a little ahead for 2022.

Everybody who reads this - buy the record!