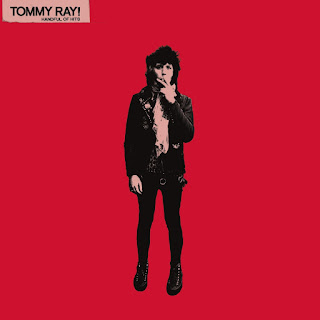 GadM Records from Berlin, Germany, recently released the vinyl version of “Handful of Hits”, sophomore effort by Tommy RAY, the primary songwriter and front man of power-pop band “The CRY!”.
This sophomore record is displaying 11 new tracks that will very soon become powerpop classics. It's quite difficult to imagine better tracks to open a record than “In Love Again”  immediately followed by the ultra catchy “No No No”.
1) For the viewers of this blog who would not know you, What would you tell about you and your musical background to introduce yourself?

Well, I’m a rock & roll songwriter from Portland Oregon.  I started playing in the bars downtown when I was about 13. I found all my pop’s old gear and got a couple friends form middle school and we formed The Delinquent Souls.   After that I played in a few punk bands until I met Brian Crace and we started The CRY! When I was 18. The CRY! Did two solid studio LP’s, a great live record, and toured for about 5 years until drugs, girls, and egos pulled the band apart. For my part, I regret a lot of the shit that went down.

In 2017 I decided to start recording again.  My first effort was a punk record The Decayed -PDX Punx (2019-GadM).  I was pretty well received so I opened up the trove of songs I had written  And started making my own power pop records. 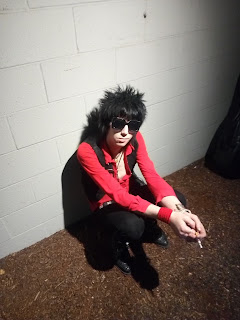 The first record ("First Hit’s Free") is exclusively demos. The second record, "Handful of Hits", is more newly written material mixed with a few old demos. I think the song writing is a bit stronger in this second record.  The thing is, I want to show young musicians and kids sitting at home with song ideas that you don’t need a ton of money or a big label to make your own kind of music.

2) About the newly released sophomore solo LP "Handful of Hits",  what can you tell about the recording process? Did you play all the instruments yourself? How do you work to build up a song? Do you start with the drums, following a click track? And then bass? and then Guitars and you end with the vocals?

I did most of record on Mac’s using Garage Band, M-Audio interface and a $40 mic. I get frustrated with my gear sometimes.  Songs always start with an acoustic guitar and an Idea.   When I have a few ideas for the arrangement I do a click track and lay down a scratch track of vocals and acoustic.   Once that is all good I just start filling in the instruments. That’s about it.

3) About the recording technology, was this album like the previous one, totally recorded on Garage Band?

Yep.  I would like to do better productions if I could.  I think the songs are worth it.  But recording studios take time and money…. 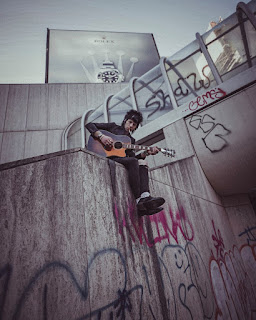 4) Were the songs on "Handful of Hits" newly composed tracks?

A couple were older but most are from the past year.  I write a ton and already have the songs for a new record selected.  I would love the chance to have a pro produce my tracks.

My shit show experiences and frustrations.  I try to keep it as base honest a I can.   After that, girls (of course).

6) The first 2 songs, "In love again" and "No No No no" have a real The Cry feeling to them. Is this a way to show the world that, in the end, The Cry was mostly your band?

Naw it’s just the way I write and sing. I never though about it that way….

Sure, I’m working on one for “In Love Again” but  NO NO NO NO, has been published.

8) What are the plans for 2021 as far as your solo career is concerned? Are you gonna put a band together and perform these 2 solo albums on the road? Are you gonna play any famous cover songs?

In to find a new band and I want to make to best record I’ve ever made….You’d have to come to shows to find out about covers…. 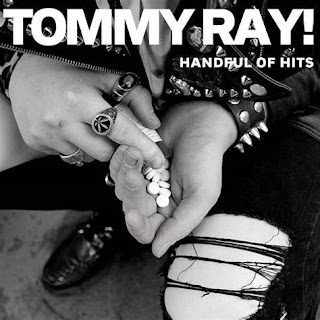 9) The final artwork is different than what was originally planned.  Why the changes and whose
idea was it?

The original cover looked like this: We couldn’t get the label (vinyl) a HQ photo in time so they hired a designer to do the alternative cover.  He did a great job!  I like the idea of the original art.  At least it is on the CD (Kool Kat).  But the red cover is pretty tight.   Was pissed at first but happy with the product.  No bigs!

Keep an eye out for new tracks and tours!!