Muck And The Mires - Greetings from Muckingham Palace 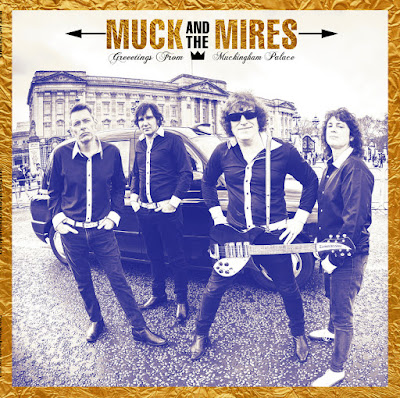 Hailing from Boston, Massachusetts MUCK & THE MIRES (Muck: Vocals and guitar), John Quincy Mire (Bass), Jessie Best (Drums) and Pedro Mire (Lead Guitar) are playing their unique brand of Garage Rock since 20 years now and they have albums produced KIM FOWLEY and JIM DIAMOND.
Their latest full length, "Greetings from Muckingham Palace" again produced by Jim Diamond has been recently released on DIRTY WATER and it is probably their best stuff so far.
So it was time for yours truly who is a fan of the band since day one and beyond to have a very interesting talk with Evan Shore (aka Muck)
1) For the sake of the argument, let's say that a very young viewer stumbles upon this blog for the first time and doesn't know who Muck And The Mires are: what would you tell him about the band to introduce the various members and also your body of work?

I’d  say “Where have you been man?!  We’ve been touring all over the world for like 20 years!” After shaming them, I’d proceed to let them know “Muck and the Mires have taken what the Beatles were doing at the Star Club in Hamburg and transported it to the stage of CBGBs. We’ve released 110 songs. Google us”  Cause the one benefit of naming your band  “Muck and the Mires” is you are guaranteed to be the first thing that comes up in a Google search.

2)  About the newly released album, "Greetings from Muckingham Palace",  what can you tell about the recording process? Was this a "live" in the studio recording or a track by track recording with lots of overdubs? What was Jim Diamond input in this recording?

We always record the band live and then overdub vocals and any additional tracks. It’s one of things that attracted us to Jim Diamond as this was his preferred method of recording. We’re a tight, loud rockin’ outfit and it's much harder to capture that energy when we are not all playing in the same room.  The pandemic forced us to make some concessions when we  recorded our  EP “Take Me Back To Planet Earth” earlier this year, but Muckingham Palace was recorded before the pandemic and, after several delays, has now finally been released. We used to record at Jim’s legendary Ghetto Recorders studio in Detroit, but since it had closed, and Jim was living in France, it was more cost effective to fly him to Boston then for four of us to fly to France or try to cram in a recording session in the middle of a tour.  And as a bonus, Jim got to experience one of our famous Nor’easter snow storms. We got  stuck together in the studio for the entire weekend and never got show him around town. 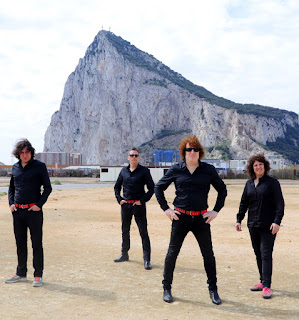 Both. We recorded the live band to 16-track tape and then transferred to digital for the overdubs. The best of both worlds! We rehearsed quite a bit for the sessions because there is little room for error when recording to tape. And there was not a lot of tape; the supply had run dry at the time and we had to use a reel of used tape for the session.

Love songs are always the easiest  which is probably why there are so many out there. Just look at how many times people rhyme  “heart” and “apart”, or my pet peeve, “girl” and “world” which don’t even rhyme. We’ve got quite a few songs that cover the topic, but we always try to put some effort  into our lyrics whether it's the juxtaposition of  of soon/late in  “Too soon to fall in love, too late to turn back now”  or using inside rhymes inspired by the great songwriters of the 20's and 30's. And while several of the songs on the new record are about girls,  I am not sure that  “Mint Condition” or “Messed Up Mary “ can really be classified as love songs. I don’t  see anyone picking  those as their wedding song. Although “Sunny Feeling” might make a good wedding song. It's a lot better than that stupid Ed Sheeran tune everyone was getting married to a couple of years ago.

That’s easy. The Crickets, The Beatles and The Ramones.

Yes. We’ve gone a little video crazy during the pandemic. Since we are unable to tour, we decided the best way for us to be seen was to create music videos. We’ve done videos for  half of the songs on the album; “Too Soon To Fall In Love”, “Cupid’s Not a Friend of Mine”,  I’m Your Man”, “Strange Waves”, “Break It All” and “Sunny Feeling”.

I don’t hear anything that sounds close to us on US radio. But  we live close by to Aerosmith, The Barbarians and the band Boston!

8) You Started out with the Voodoo Dolls in the early nineties. Do you think it was easier to be in a
rock'n'roll band way back in the 90's than it is now? 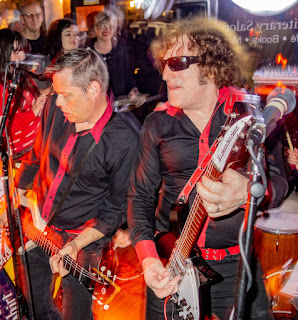 Well it depends on how you define “easier”.Looking back, the 90's was probably the beginning of the end in terms of achieving mainstream success playing rock music. But that doesn’t mean it was easier being in a band. No GPS or cell phones made finding the venue impossible. You had to physically mail cassettes to venues and then try to get someone live on the phone to get a gig. I remember the first time the Voodoo Dolls opened for The Ramones at the old Channel night club in Boston. Johnny Ramone (who I was friends with) got us the gig, but we still had to call the venue to get the soundcheck and load in info. But every time I called, the booking agent was on the other line. On my fifth try, the dude grabs the phone from his assistant and says “If you call here one more time you are OFF the show!” and hung up on me.  So we ended up showing up at the club at like 11AM because we didn’t know what time to be there and didn’t want to miss sound check for the 3,000+  capacity show.  The other difference about the 90's versus nowadays is that bands today will  typically share their gear, and some venues even provide back line. But back in the 90’s everyone was playing out of gigantic Marshall stacks and big drum sets and SVT bass rigs and nobody shared their gear with the other bands on the bill. If it was a small venue, half the room was filled with a music store’s worth of equipment. It seems crazy now looking back at it.  I think half the bands back then just wanted to get signed so they could have roadies!

9) You are the main composer in the band. For a new song, do you come at the rehearsal with a full demo with lyrics and music all worked out or is everybody involved in one way or another?

Muck and the Mires started as home demos I made which eventually got released on AMP records  in Canada and Soundflat Records in Germany. So the live band was formed after the record came out and I’ve stuck with the  process of recording demos of songs. When we worked with Kim Fowley I had sent him my home demos of 12 songs for our “Hypnotic” album.   But when we got out to California to record, I discovered my package sitting on his kitchen table unopened.  When we got to the studio, he reached out and handed me an acoustic guitar and said  “Forget those demos…now play me your 12 BEST songs.” I’d get through  maybe 10 seconds of a song and he’d yell “STOP! Next…” or “YES!”  If he liked it. And he was right.  We ended up replacing half the songs and ended up with a much better record thanks to him.  Although, he initially vetoed the song “Hamburg Time” after hearing  only 10 seconds of me muddling through it. I protested and enlisted the rest of the band to join in with me, and that performance secured its place on the album. So the moral  of the story is, a demo can sometimes sell the song better than just the lone songwriter.  And this also helps underscore the reason I surround myself with people who are better players than me.  As flattering as it is when the band sticks to the demo version , it’s equally rewarding to watch the songs evolve and come to life as we play them and collaborate. 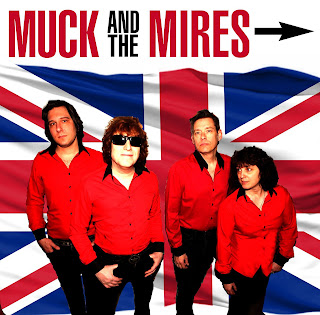 10) Since many years now you are DIRTY WATER recording artists. Is this the label that suits Muck And The Mires the best? And if so, why?

Indie record labels are like bands. They have their own followings and style and personalities. When Dirty Water and Muck met by chance at the roulette table of the Gold Coast Casino in Las Vegas it was  definitely a gamble that paid off big for us. We hit it off right away in terms of musical tastes, sense of humor and work ethic.

We are really hoping that 2021 sees a return to live music cause we are SO ready to hit the road.

Buy our new album. Buy our old albums. Don’t be like that kid in question one and wait five more years to discover us!