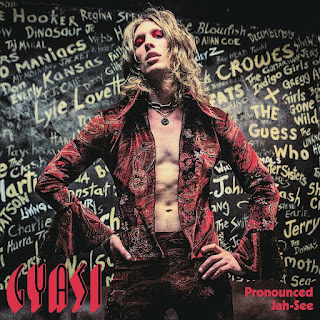 In the woods of West Virginia, in an isolated hollow, a young boy thought he was a peacock. When he realized, much to his dismay, that he was not a peacock, he picked up a guitar. "Pronounced Jah-See" is his official debut full length released on Alive Records And it's brilliant. Gyasi is the new face of Glam Rock.
1) For the viewers of this blog who would not know you, What would you tell about you and your musical background to introduce yourself? Can you also introduce the other guys who participated on the recordings? Are they going to be part of your "live" backing band?

Well I grew up in a holler in rural West Virginia with parents that were part of the "back to the land" movement who had moved there to live close to the land and learn old ways of farming and living primitively. They had an amazing record collection of early blues, jazz, world music, and rock and roll records so I was exposed to a lot of music that most people my age were not at that time. I got a guitar at age 6 and began playing along with records and learning everything I could. I started playing shows at age 12 with my first band and writing songs. After high school I went to the Berklee College of Music to study music further, playing mainly hot jazz in the style of Django Reinhardt. As I began writing more I decided to combine all my interests into one project which led to the recordings on this record.

The recordings and live band differ a bit. Most of the sessions were done by just me and a drummer named Ammed Solomon. Some tunes are me playing all the instruments, and some are my full touring lineup. It all depends on the circumstances of the writing/recording of the song. About half were recorded at my home studio and the other half were done at Blackbird Studio in Nashville. The current lineup is Cole Bearden on bass, Sam Skorik on drums, and Ricky Dover Jr.  guitar. 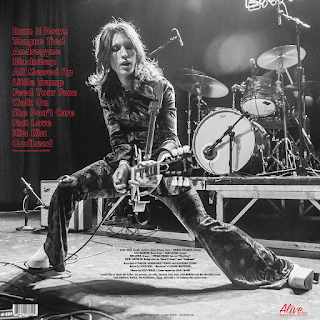 2) About your new released full length album "Pronounced Jah-See",  what can you tell about the 5 tracks that were already on your self released CD "ANDROGYNE" from 2019? Were these 5 tracks re-recorded for the new release or are they the same recordings than the one on the previous CD?

They are the same recordings but they were remastered. These were songs that the label really liked and wanted to give them a vinyl release. This album’s overall goal was to serve as an introduction. That’s why I called it “Pronounced Jah-See” because the first thing people ask when they discover me is how to pronounce the name. Both Alive Records and I thought those songs were important to include as a good introduction to my music.

I basically use an analog/digital hybrid setup now where I will record to tape and then transfer to digital for overdubs and mixing. Some songs have been all tape and some all digital. Just depends on what suits the song at the time. Generally I prefer tape, or at least working in a similar workflow to recording to tape. I find it usually yields performances and recordings with a certain energy that seems harder to get with digital for some reason. 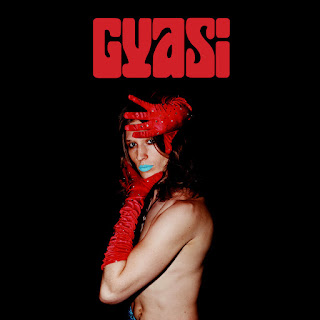 4) Would you agree to say that the cover pictures (and even the title) of the self released CD were more sexually orientated, almost like a statement. The pictures of the new CD/LP  - although really great, specially the back picture- are a step away from this statement. Is this an attempt to avoid shocking the larger masses?

Mmmm no I don't think there was any conscious thinking that way. I’m not afraid of shocking the masses. It’s just a different collection of songs. In this case it's more of an introduction so that was how I packaged it. It's not as much of a conceptual album per day. "Androgyne" is more provocative because that was more of what those collection of songs was about.

I tend to write about characters who are searching for identity and reinvention. I grew up in a very narrow minded environment (in public school) and had to break out of that and find my identity so that seems to come pretty easily as subject matter. Also sexuality, desire, love tend to be common topics. But my hope is that I can write about anything. Working on branching out my lyrical topics on some of the new tunes I’m working on.

6) Do you have a new video on youtube  featuring a track from the new CD/LP??

7) What can concert goers expect at a Gyasi gig? Are you playin' any famous cover songs during the gig?

I want my shows to be transportive. I try to create a world in my music and performance. I think of it very much like theatre. To cast a spell beyond just the performance of the tunes but to take the audience somewhere they may not have been expecting. The best shows I ever saw were like that so I’m always trying to achieve that magic. There really is nothing better than the power of live performance. That is where I feel most at home. Sometimes I'll throw covers in. Usually they tend to be blues songs that we’ll put in the middle of some tunes. Sometimes we’ll do “Waiting For the Man" by Velvet Underground or “Cosmic Dancer” by T. Rex. 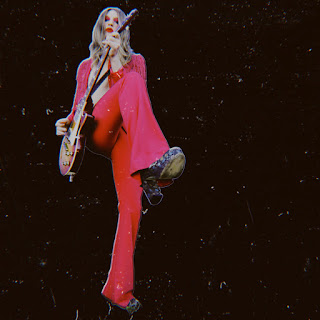 Hmm not too many these days. In the US at least. I really like the band Starcrawler. They rule. They're a bit different from what I do but it's great theatrical rock and roll.

9) To what kind of music did you listen to as a teenager? Name 3 bands that you consider still have an influence on your own work today.

As a teenager I listened to a lot of Led Zeppelin. I was obsessed with that music. It took hold of me and I wanted to learn every note of it. Also the White Stripes were a huge influence, and the only contemporary band I listened to at that time. T Rex was another favorite band of mine at that time that still is a big influence.

10) What are the plans for the rest of 2022 as far as you're concerned? Are you going to tour Europe in support of this new record?

We’re currently working on a new record as well as playing a weekly residency in Nashville. We’ll be touring in the states a fair bit. European dates are in the works! No specific dates to announce yet but it’s looking like a fall tour, which is very exciting as I’ve wanted to come to Europe for a long time.

Thanks so much for the interview and I hope to see you at a show in Europe!