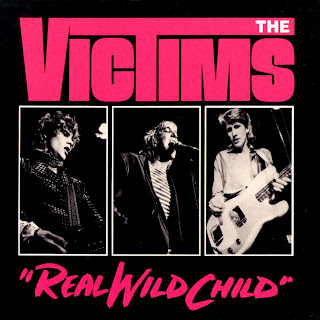 The Victims - Real Wild Child
In WAV -Scans are included

This is truely one of the "great lost" late '70s NYC punk albums. These guys are/were completely in touch with the best of everything relating to early rock and roll. Every track on this disc is a killer. It's a total must have. It's only been available on a very small pressing from a long gone label and until now it's been few and far between. Got this way back in day from Patrick of SOTD. So all the credit goes to him.

Bullet Proof Lovers - Shot Through The Heart on RUMBAR Records 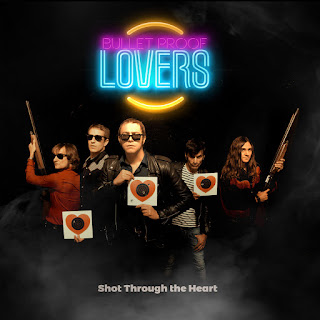 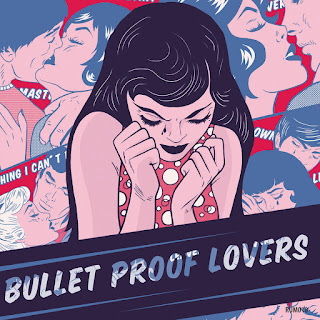 PURCHASE IT HERE and Get two shots from the Rum Bar with the Bullet Proof Lovers 'Shot Through The Heart' and 'S/T' CD's in hi-def, un-breakable, stere-o-phonic sounds!! All Bundles come with Bullet Proof Lovers band logo Button and Koozie, Alright Alright!! 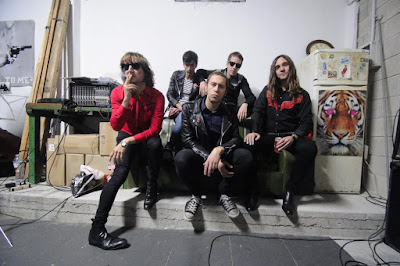 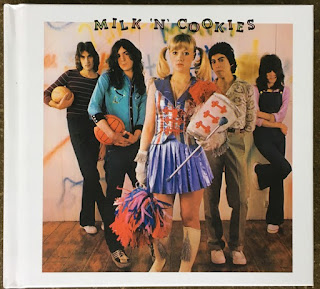 Special Thanks to JPaul for this great contribution 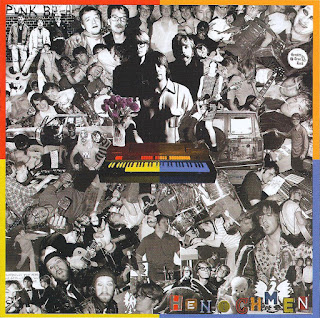 The Hentchmen
In WAV - Scans are included

Thanx to Limburg for this contribution
Publié par ratboy69 à l'adresse 9:49 AM 3 commentaires 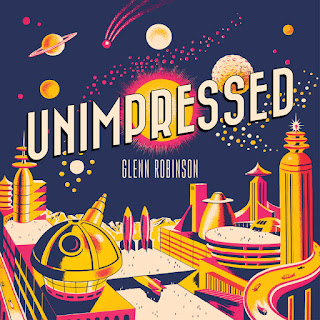 Glenn Robinson (born January 9, 1985) is an American songwriter and multi-instrumentalist based in West Warwick, Rhode Island, who has been a member of various bands including Unibrows, The Prozacs, The Paranoids, and The Pogs.

Robinson is influenced by the simplicity of three-chord, pop punk acts such as Green Day, Descendents and Weezer.  Yours truly had a very interesting chat with the man:


1) Glenn, you declare "Having fun making music since '97". We would like you to tell the viewers of this blog your full story. Were you in bands before? Or did you make a solo career right from the start? We want to hear it all from you!

Well, I started drumming when I was ten years old, got into punk rock shortly after and started my first band about a year later and I haven’t stopped making music since. I’m primarily a drummer and have played in a handful of bands and projects over the years. My long term bands were The Paranoids (1998-2007) and Unibrows (2002-2012) . I also had a brief moment in the Prozacs after high school and played on their Monsters Night Out EP.
I started writing my own songs around 14 or 15 years old. The first song I ever recorded was a 30 second song called “ I Am Satan”. I uploaded it to Napster under the name Eye Suck. My means of recording was pretty pitiful. Here’s the rundown of my shitty set up: I plugged headphones into the microphone jack, taped them from the ceiling, recorded drums, then draped the headphones in front of an amp to record guitar. Then I’d bounce those tracks onto another cassette to record vocals. Thinking about that now makes my head spin. Over the years my methods of recording and songwriting improved which eventually lead to my first proper release “Total Fiasco” in 2012. So yeah…this was a long time in the making!

2) What is your favorite topic/topic that comes easily when you write a new song?

I have a few go-to topics: Songs like “Wavelengths”, “Tambourine”, “Hang Around and Stay Awhile” and “Waste No Time” are all about my wife. She’s easy to write about. I also like to vaguely write about what it feels like to have anxiety and how it makes you feel like you’re going insane at times. Songs like “Outta My Head”, “Feeling Amplifier” and “Nothing” cover that subject pretty well. Then there are songs like “Rear Ending a Hearse” and “Gimme Insanity” and the entire Desk Job EP that deal with that sinking feeling of knowing that you have to work most of your life away. Lastly, there’s the more light hearted, nihilistic tunes like “Everybody!” and “Unimpressed”. I can always find something to write about. 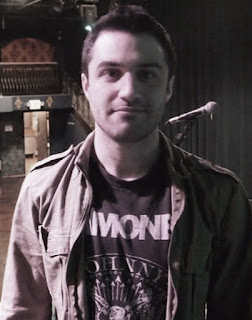 I’m not unimpressed by much. If anything, I’m easily amazed by things like a child. Sometimes I feel like we’re living in the future with all of the stuff we have access to.  As I get older, I see that more people become jaded, stuck in their ways and don’t really get excited about much. It’s kind of a bummer. I wanted the album cover to scream “Look at all this cool shit! Why do we hate all of it?”. Who knows if I articulated that well?
I normally handle everything as far as artwork goes because I am a controlling Graphic Designer. However, this piece was done by somebody else. I fell in love with the color scheme and its retro futuristic outer space style. Fun fact: The song “Retro futuristic Nightmare” was the last song written for this album and it was inspired from this artwork.

4) To what kind of music did you listen to as a teenager and does it still influence your today work? What was your favorite band as a teenager? Name 3 bands that you consider still have a influence on your own work today.

Green Day without a doubt. They’re still a very controversial band as far as “what’s punk and what’s not” bullshit, but they haven’t let me down in 23 years. I listened to (and still do) a lot of the old Lookout bands, Descendents, Dead Milkmen and all that good stuff.
As far as songwriting goes, I still look to Green Day because they are the kings of “less is more” and perform it with such power and precision. I still look to The Vandals for their shear insanity and dark humor. I look to the Descendents for their honest lyrics and their ability to sound rough while still being melodic.

5) Is there any video made to promote one of the songs of the new album?

No. Promoting myself has always been my biggest weakness. Whenever I finish something, I'm always ready for the next thing. Not always a good thing ha! My friend Sean did come the studio when we were tracking the song “Everybody!” and filmed a bunch of stuff. I was supposed to piece it together to make a little promo video but it never happened. Maybe I should start that… 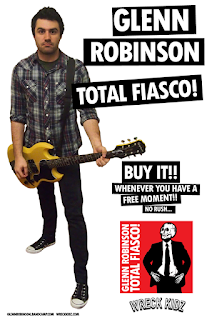 6) What can concert goers expect at a Glenn Robinson concert? Are you playing any famous cover songs?

If you listen to the live EP “More Applause in the Monitors, Please” you can get a real, honest experience of what we’re like live. I’m just kidding, that was a live recording with added sound effects of applause, riots, police sirens and news coverage.
In reality you can expect to hear 10-12 short fast songs with a cover thrown in. I’ve only played about ten shows with my own band. We have performed a handful of cover songs, I don’t know if they’re considered famous, but we’ve done songs like “Crash” by the Primitives, “Attitude” by the Misfits, “Dean’s Dream” by the Dead Milkmen, and “Punk Guy” by NOFX. Anything that fits within the context of the set is an option.

7) Does West Warwick, Rhode Island have a long history of power pop punk bands or are you the only rocker in town??

West Warwick is pretty quiet as far as music goes. Sadly, it’s probably best known for the Station nightclub fire which happened only a street away from where I live. Luckily, Rhode Island is a VERY small state and if you travel about 15 miles north, you’ll find an eclectic mix of artists, musicians and venues in Providence. It’s a small state but there is no shortage of creativity. I’m far from the only rocker. Most of my friends are incredible musicians who can outshine what I do in many ways!

8) What are the plans for 2017? Is there a new record in the making ? Are you coming over to Europe soon?

My wife and I are new parents so that’s been our plan! But as far as music goes, I began recording my third album in January. The last album was such a rush and everything was so fast - it was kind of a blur. It was totally a lot fun to write that way, but I kind of want to do the opposite for this one. I usually shy away from over-doing things in the studio because I feel like your recordings should closely represent what you sound like live. However, performing live has become less of an option lately so now I want all the bells and whistles for this album. I’m taking more time with each song and make sure they reach their full potential. If that means that some of these songs won’t translate well on stage, then so be it. I just want it to be a great listen. Also, I have a lot going on in my life right now so I’ll continue working on it when the time is right. So far there are three songs tracked and they are all very different from each other. There’s a straight up punk rock song, a ska song and a Gin Blossoms type song. It’s shaping up to be pretty fucking fun! There aren’t any other details at the moment other than that it will definitely be released on Jolly Ronnie Records and produced by Chris Piquette at No Boundaries Studios. Sadly, no plans to play any shows at the moment. I would LOVE to travel to Europe to play some shows in the future though. That would fucking rule!

9) And now a tough question: For viewers of this blog who don't have much money and could only afford to buy ONE item from you, which album would you advice?

Umm I’d say buy Unimpressed from the Jolly Ronnie Records store. You’ll get a lot of cool shit along with your order. One time I got some Garbage Pail Kids cards and a comb.

10) Anything you wanna say to the viewers of this blog?

Be creative and don’t take any shit. 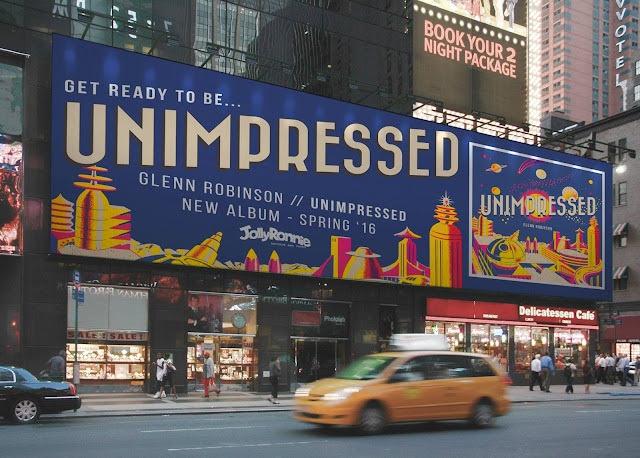 Brother Brick "Stranded In the Nineties" 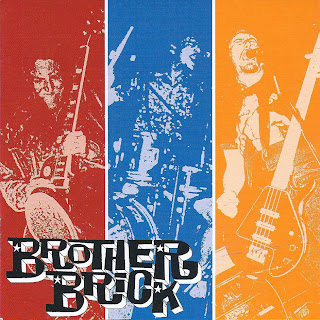 Hailing from Sydney, Australia, BROTHER BRICK played DETROIT and PUNK-tinged rock ’n’roll thru the early to late 90’s. They released one obscure studio album called “A Portable Altamont”on an even obscurer French label as well as numerous 7”singles on great labels such as Estrus, Dog Meat and Bang! Collected here on two CD’s you’ll find all the bands studio recordings (even their impossible to find debut cd/ep “Getting’Beyond A Shit”) as well as live stuff, demos and covers. All tracks carefully remastered from original studio tapes with a few tracks rescued from cassette tape oblivion. BROTHER BRICK are a must for fans of HIGH ENERGY Aussie rock’n’roll a la RADIO BIRDMAN, THE EASTERN DARK and THE SAINTS!