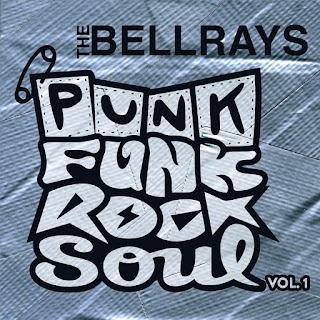 The Odd Numbers - The Oddyssey 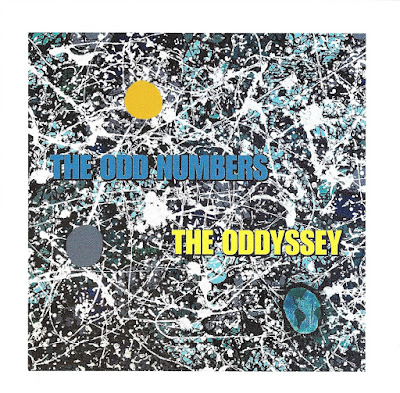 Hailing from San Jose, Ca. The Odd Numbers started out in 1988. They are mostly labelled as a Mod band but you can also hear other influences in their sound like powerpop, punk or rhythm n blues.

After 30 years of existence, the trio released its fifth and probably best album so far, The Oddyssey. The band never sounded any better and This new record is filled to the rafters with catchy tunes.

So it was time for this blog to have an interesting conversation with singer guitar player Dave Baisa. 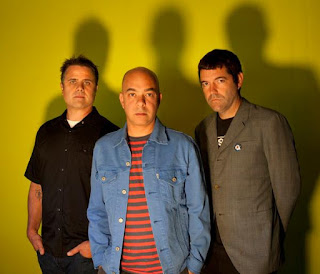 1) What can you tell about The Odd Numbers today? Who is playing what instrument in the band?

We've just put out our 5th LP called the Oddyssey. My name is Dave Baisa and I play guitar, sing and write most of the stuff. Dave miller plays bass and sings and Dave Conrad plays drums and sings back ups.

2) About the latest full length record "The Oddyssey",  what can you tell about the recording process? Was this a "live" in the studio recording or a track by track recording with lots of overdubs?

It's kind of a live process. We start out with drums and guitar live and get a good take. Then put on the bass and start overdubbing everything else. We took our time on this one. We found a great little studio in our neighborhood and just worked on it for like 6 months.

This is the first record we've ever done all digital. We've used pro tools before but we'd record to tape then put it in pro tools. I've gotta say I'm digging digital now. if you process it right it sounds great! I would still probably prefer 2" tape but it's what ever your into. there's a lot of ways to get a good recording these days. Shit use your phone! 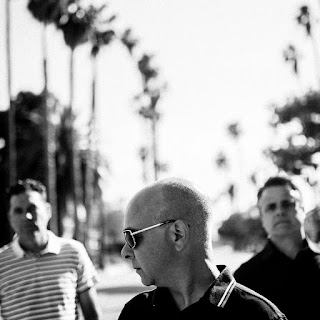 I write most of the songs but Dave Miller has written a hand full of them over the years. he's got 2 on the new record.

5) About the new record "The Oddyssey", can you explain the title? Is it just a little joke or is there a deeper meaning to it? And what's the connection with the artwork on the front cover?

Its obviously a play on our name but this band has been on somewhat of a odyssey. We've been together for 30 years now and we've seen a lot over that time, been involved in a lot of cool things. Its been a long rock n roll journey! The artwork is something I painted about 15 years ago. It was hanging on the wall in the garage and I thought, that will work! Everybody likes a little Jackson Pollack right!?

6) The Odd Numbers are described by some people as a "mod" band. Do you agree with this label? Are you proud of it or do you consider there is way more than that?

We started out a mod band and we will end a mod band! In the beginning it gave us a great look and direction and we thought we were pretty cool! We owe just as much to the punk scene though, and Skateboarding!

We do have a video up for the song "Midway" its our first ever instrumental song! There will be more to come. We also just did a taped acoustic performance for KFOG thats on youtube. 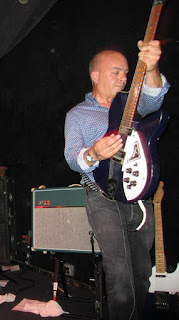 8) What can concert goers expect at a The Odd Numbers gig? Are you playing any famous cover songs?
You can expect some of the old and some of the new. We've got a pretty big catalog now so its fun to pick the set. As for covers you might hear something from the Jam or the Clash or something of that era, Maybe something motown.

9) Is there still a mod scene in California today?

Truthfully I don't know. I know theres still a scooter scene but I don't think theres anything going on like San Diego in the early 80"s and Berkley in the late 80's early 90"s.

The world's a pretty messed up place right now. Sometimes you gotta just pop a record on and forget about it. Hopefully ours! 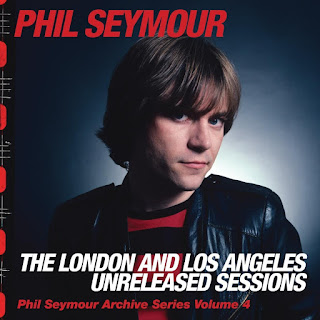 Drummer and singer-songwriter Phil Seymour came on the scene with a Top 20 hit with the Dwight Twilley Band called "I'm On Fire" in 1975. After two albums with his Tulsa band-mate, Phil decided to go solo and landed a hit single of his own called "Precious To Me" on his self-titled 1980 debut album on Boardwalk Records label.

Before that Phil experimented with various musicians in the studio including singing background vocals on Tom Petty's "Breakdown"and "American Girl" and played around Los Angeles in the burgeoning live music scene of the late 1970s.

The London and Los Angeles Unreleased Sessions, Volume 4 features two of these recording sessions that took place in this era - one in London with legendary UK session guitarist Chris Spedding, and one in Los Angeles where he was backed by Steve Allen and Ron Flynt of the band 20/20! 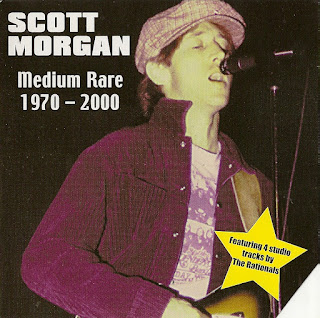 The Rationals were one of the greatest Midwestern bands of their day (1965-1970), and leader and vocalist Scott Morgan blended blue-eyed soul and hard rock commitment as well as anyone you can name. Medium Rare: 1970-2000 brings together 13 rare and unreleased Morgan cuts that begin with the waning days of the Rationals (an impossibly soulful take of "Zip a Dee Doo Dah" from 1970; there are also three potent performances from a 1991 Rationals reunion), and stretches right up to 2000, with a demonic guitar-fueled rocker called "Satisfyer" (it lives up to its title). In between, Morgan jumps, shouts, and knocks everyone out with gutsy R&B and high-octane rock & roll tunes that showcase his strong pipes, tough guitar work, and smart/witty/streetwise point of view. Scott Morgan is one of the great untapped resources of American rock & roll, and if you want to find out what he has to offer, Medium Rare: 1970-2000 offers 58 minutes of proof that, then and now, the man has the goods. 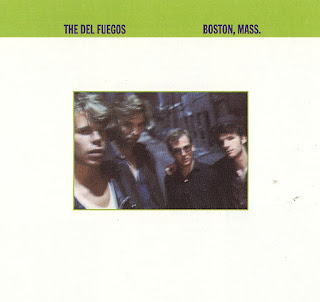 The Del Fuegos - Boston, Mass
In WAV - Scans are included


Released in 1985  Boston, Mass was their first national album, and it still holds up next to any band of today. Almost every song of the ten is a keeper. "Don't Run Wild" is the big hit, but the entire album is great. The other Fuegos albums are great but this is THE one to have.It has all the raw energy that all the best and essential rock and roll records have and there isn't a bad song.