The CRY!'s frontman and principal songwriter TOMMY RAY! (Nelsen) has launched a solo career with the release, on German label gadm-punk, of his debut full length record "First hits free". So it was high time for this blog to ask the man, among other things about his musical background and if this solo career would jeopardize the future of The CRY. Here it goes and it's quite interesting.

1) For the readers of this blog who would not know you, what would you like fans to know about you and your musical background to introduce yourself?

My name's TOMMY RAY! and I’m a songwriter, street musician, front man, and producer in Portland OR. I’ve been making music as long as I can remember. Even most my baby pictures I have a guitar (Shit I should be better!). My first band was called “Delinquent Souls” I started in with my middle school mate Johnny Martinez. Johnny also recorded drums on half of The CRY!’s first LP. We were playing in PDX punk bars by the time I was 13.

2) About the newly released full length solo record “FIRST HITS FREE”, what can you tell us about the recording process? Can you also explain the title? What are you referring to?

“FIRST HITS FREE”: It was really an “off the cuff” thought. I shared it with a few friends and they liked it too. It has different meaning to different people. I guess it is a kind of reference too old-school dope peddlers giving the first taste of their product to unsuspecting youth for free in order to create new costumers. Beyond that, it seems like it is kind of the way things seem to work out there in world. 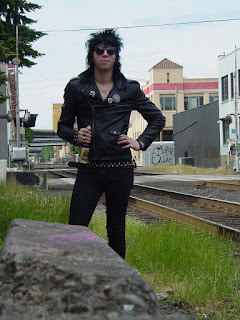 That’s the cool thing. ALL the TOMMY RAY! Stuff was recorded and mixed on my Mac Book! We have some really cool instruments (https://thecryband.com/rockwood-records%3A-gear) but much of the record was record on Garageband. This should be encouraging for young players who can’t afford expensive studio time. 10-years of experience recording songs and playing a spectrum in axes helps too!

4) Were your songs composed for the specific purpose of this record or have these songs been composed over the years and deemed not fit to make it to a The CRY records?

The tunes have been around in some form for a couple years but here’s the thing, TOMMY RAY songs, are The CRY songs. Any of these tracks could have been recorded by the band. They just were not. The CRY! has inter-personal problems (drugs, no money, jobs, girls… that old chestnut). We have been working on a CRY! record off and on for a couple years. We have 8 tracks ready to go but can’t seem to get Brian (lead guitarist and co-founder) on board to finish it up. In all fairness, a lot has passed between us. I love Brian and hope we can make music together soon. That will be his call. In the meantime, fuck it lets do a TOMMY RAY LP! BTW: my 2nd record “Hindsight’s 2020” will be released in August! 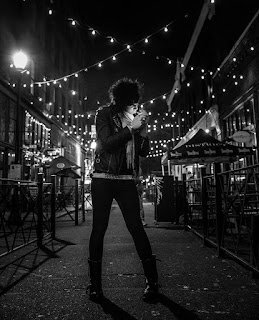 5) What are your favorite subjects or topics that come easily to you when you write a new song?

I just try to keep it real. My songs are snapshots of my daily life. If you want to know about my struggles or about my experiences, just listen to the lyrics. I'm pretty much like most people I know. Same problems. Same stories. My lyrics tend to be off the cuff when I am recording and reflect how I am feeling at the moment. Sometimes the whole arrangement is laid out before I write lyrics….

6) Does your solo album mean that The CRY is on an indefinite hiatus?

NO! The CRY! is going through some changes for sure, but The CRY! will be back (probably this year) with the new record. The CRY! has had great “players” over the years but the core of the band has always been Brian, my pops, and I. Pops and I would really love to patch things up with Brian, finish a record , an hit the road but that is his call. We need to move forward regardless.

7) Do you have a new video on youtube featuring a track from the new LP??

Sure! Like the music We make our own vids here with basic gear. We are not above clipping a few scenes either…Good Luv Gone South

This record came out in January. The next Solo Record will be out this summer. I also want to get The CRY! record done this year. I’m pretty slammed with writing, recording and mixing. I think I would like to hit the road in fall 2020 if I can find a couple players that want to do the material. It’s not the priority right now. I always try to have three or four Classic covers ready to go and play a couple for every show. The CRY! was a pretty versatile band and could cover a wide range of material. We had a ton of fun pulling out unexpected gems. Couldn’t see changing that.

9) Are there any bands in The USA today you consider yourself close to musically speaking?

Not really. I guess I am a bit of a throwback to days gone by. Building from the likes of Ramones, Beach boys, Beat, etc.. and I have kind of honed my own brand of punk-pop rock and roll over the last 15 years. Don’t get me wrong, shit, there is so much great new music out there. It is rabbit hole that never ends. So, for me, I’m just trying to do the best I can honestly and affordably. If people dig it, that’s cool.

I STILL listen to Ramones, Beach Boys, and (Portland’s own) Exploding Hearts ALL the time can be easily heard running through songs I write!