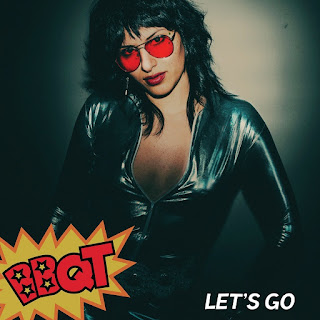 The songs were recorded and mastered at Fuzz City by the one and only Matthew Melton who also added some fine guitar work in the process.

Gabbie Bam Bam tells this blog everything you ever wanted to know about Austin's best kept secret.

1) For the viewers of this blog who don't know you, What would you tell about BBQT to introduce yourselve? Is BBQT actually a real band or is this just you with some friends helping out?  Who is playing what instrument in the band? We want to hear it all from you!

It's the Poor Man’s Favorite Glam Band. Haha. BBQT started out as a bedroom recording project in which I would play and record all the instruments for. I think there are still some records where I play everything. I basically ask friends of mine if they want to go on tour with me whenever I hit the road. The lovely folks who are playing this line-up have been friends I’ve played with in other bands or friends that have played in bands The Bam Bam (my previous band) played with. I’m super stoked on this current line-up which consists of: Sal Go (she plays guitar), Alex Briscoe (who plays a mean lead guitar), Clink (da bassmon), and Jake Berry (on la bateria).

2) About your full length debut record "Let's Go",  what can you tell about the recording process? Was this a live in the studio recording or a track by track recording with lots of overdubs? I guess it's Matthew who talked you into this but what do you consider might be the real advantage in recording in the tuning of A=432hz? 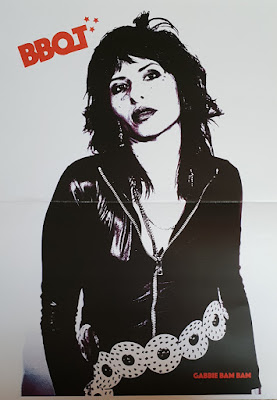 I must preface this answer with a backstory. So Let’s Go was kind of an accident. I originally didn’t want to do a full length and just a bunch of “collectible” glam style 7”s. It actually took me a whole year to feel confident about releasing this record. It wasn’t until Matthew said I should introduce my sound to the world (insert theatrically motivational music)  that I just kinda “went for it”. The recording was spread out between two years (I had recorded the 7” Inmate first) in three sessions.

Each recording was executed a little bit different each time. The first sessions was click track. It was this way mostly because I had just arrived to Austin without really knowing any other musicians. I was introduced to Chris through mutual friends who literally jumped on drums the day of the recording and kicked ass (he hadn’t even heard the songs prior). So the next five songs recorded were Let’s Go, Flatline Luv, Play Rock n Roll, Jade & Jasper, and Golden Twenty.

Those we recorded semi live semi click track. I had been used to click tracks because that's how I recorded the songs in the demos. The last three tracks: Tuff’n’ Up, All Day Night and Angel Sweet were recorded live. We practiced the songs a day before going into the studio the next day. Matthew then added bass and some guitar with my Vocals.

On the subject of A= 432. I'm totally a person who believes in everything happens for a reason. When I first started playing music I was told that I play with “feeling”. I was never really sure what that meant because it wasn’t something that was premeditated or anything. As Matthew recorded me and became more familiar with my writing he suggested 432hz because of that same “plays with feeling” sentiment. I guess it makes the most sense because it’s as much as a performance for the eyes as it is for the ears. There’s some research out there but I mainly noticed the affect it had with me and my audience and bandmates when we play shows. 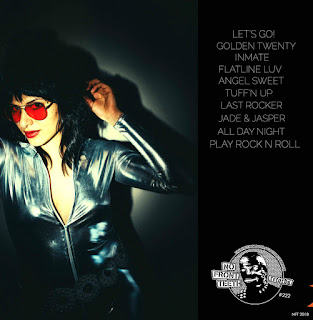 I listen to a lot of different types of music as a teenager. Before being a full fledged teenager, I’d sing pop songs from female artists like Whitney Houston and Selena y los Dinos. Pop has and always will have a special place in my musical ventures. I had a great friend in high school who made me a mixed tape that changed my life. I’d say I listened to a lot of UK82/European 77 rock n roll/punk. I guess GG Allin was close to being my favorite when I was 15 but… I don’t really have favorites… not even to this day. I listen to such an eclectic mix of stuff. I guess I will get stuck on an album but can’t really say I have a “favorite”. I’d say the Jabbers, Blitz and X-ray Spex are the winners of still influencing me.

4) Are you the main composer of all the tracks on this album or was everybody involved in one way or another?

I am the composer of all the BBQT music. I love recording. I’m really just the conductor for music that writes itself through just me. Our live shows are so great because my friends play what they feel sounds best. I try to make it as open as possible. BBQT is ever-changing so sometimes my demos will be psych versions of the hard glam that ends up being recorded. I like facets of chaos. I try not to be too rigid with my approach to songwriting. I write quite a bit but I never really force myself to write. It takes away from the fun and chaos I like to have through my music.

5) What are BBQT favorite topics to write about or the topics that come easily when you write a new song?

I used to write songs about drugs, being strung out or escaping from rehab. Thats my honest answer. There aren’t topics that I plan ahead really. The songs describe their themes. The songs kind of appear to me in my head. Yeah, its out there. I see more shapes and colors of things I write about more than any rigid system. Its subconscious… its worked for me so far now that I have a clear head.  I guess BBQT is an ongoing love letter to myself too haha.

6) Is there a new rock'n' roll scene in Austin these days and are there any other bands you are feeling close to? 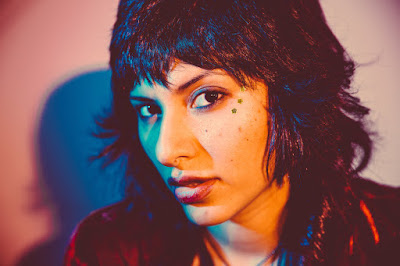 It's hard to answer this question because I am new to Austin myself. It's so hard to comment on individual scenes for me because I look at the details than a bigger picture (sometimes a flaw I suppose). I know people who are definitely doing their part to contribute. Right now I feel closest to Trouble Boys and Cheap Fur. Besides being my friends I truly like and support what they are doing right now.

7) Do you have a video on youtube featuring a track from the latest release?

This video is so f***ing cool because its the first time I’ve done a collaboration with someone overseas. I worked with a director by the name of Chris O’neill from Cork Ireland and he brought me together with some very talented folks who helped out with this video; namely, Sarah Corcoran, Seamus Hegarty and  Chris Collins.

8) What can concert goers expect at a gig of BBQT? Are you playing any famous cover songs?

I’d say you’d have to come check us out to really capture the moment! We don’t cover anyone’s songs. Not on purpose really, we just haven’t yet. Possibly in the future?

9) What are the plans for the rest of 2018 as far as BBQT are concerned? Are you guys planning to tour Europe soon?

Currently planning a Mid West American tour in the early fall with our friends MAMA from Chicago. We would love to play Europe summer of next year realistically.