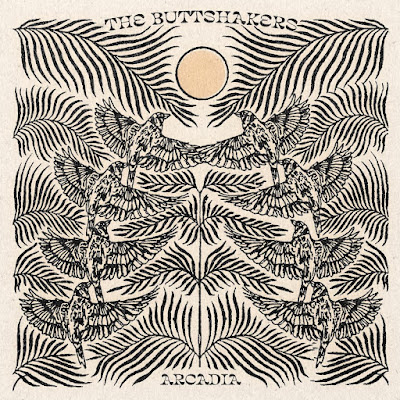 French alternative Label Underdog Records recently released "Arcadia", the latest offering of The Buttshakers, a raw soul band from Lyon, France. So it was high time for this blog to talk to Ciara Thompson about this brilliant new record.
1) For the viewers of this blog who would not know you, What would you tell about The Buttshakers to introduce yourselves? How long are you  together as a band?  Who is playing what instrument in the band nowadays?

Hi! We’re the Buttshakers, a raw soul band from Lyon, France. We’ve been playing together for almost 10 years now with Sylvain Lorens on guitar, Josselin Soutrenon on drums, and Ciara Thompson on the vocals. Jean Joly joined us on the bass two years ago, and our horn section changes around according to people’s availability (you know horns, they’ve always got work!) but for the last year we’ve been pretty stable with Franck Boyron on the trombone and Thibaut Fontana on the baritone sax.

2) About the "Arcadia" full length record,  what can you tell about the recording process? Was this a "live" in the studio recording or a track by track recording with lots of overdubs? We recorded Arcadia at Tontons Flingueurs Studio in Renaison, France with Pascal Coquard. This was our second time working with Pascal, and it was great as usual. Pascal has a mixed process – working with analog and digital.

We did our first 7”’s and our first album (Night Shift) as a live studio recording, but we’ve really worked on developing a richer, more elaborate sound since then. So for this album, we did bass-drums-voice-guitar together in the same room and then added the additional instruments one by one. It’s a long process, working element by element, layer by layer, but the end result is very rich.

3) Do you guys use the nowadays recording technology or do you only work with analog machines in analog studios?

Lol, kind of answered that in the last question. But yeah, we’ve worked in only analog – and we’ll probably work again in those sorts of conditions someday—but for Arcadia we used both digital recording and analog and then repassed on tape.

Each album is different, but for this album, a lot of the songs were developed in a group form.

We wrote a lot of the album during or right after the first lockdown. During the first lockdown, we worked a lot with pre-productions. Passing around different pieces of music, taking the time to work over different ideas without being in the practice space in front of other people.

Luckily, we had started working on certain songs before Covid, so we had already had a base of material (like ‘Night Crawl’ and ‘Hear Me’). To be able to take the time and really work out different ideas and layers was very different then just practicing and hammering out ideas in the practice space.

Once we were able to practice in the same room together again, we must have been inspired because we wrote (and/or worked out previous ideas) half the album in about three months. Things just seemed to really jell once we had those couple months off to meditate and take a step back. 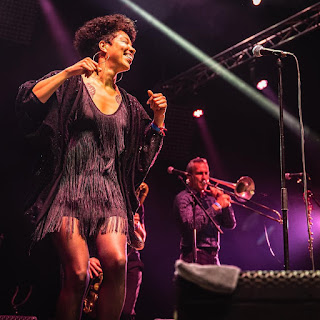 It depends on the mood really. For this album, I allowed myself to use pre-written texts. I’m always writing poetry, sentences, words. Anytime I hear something I like, a phrase or a word, I write it down in my notebook.

I really work off the title or first phrase – a song is like a book, you’ve got to pull your listener in and let them know pretty quickly what you’re talking about. Once you’ve given them the deictic elements of the story, you can take them where you want to.

For Arcadia, probably because we were writing during the pandemic, a lot of the texts are reflective. The pandemic made me think a lot about family, my childhood, and where I am now in my life. It’s strange going back to a place you only remember, that is part of you yet foreign. Or has become foreign.

A lot of the songs we were writing made me think about this idea of being a foreigner in your own country, in your own home, in your own mind. So the album is a reflection of what I see around me because I’m only an observer. I grew up in America, and came to France when I was 21, but it’s been 14 years that I’ve been living in France so I’m almost more French then American now. It’s a whole headfuck, but I don’t feel like I belong to either, or am a strange mix of both. 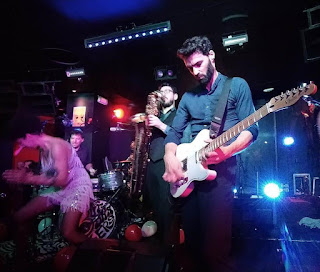 6) How would you describe the music The Buttshakers are playing? Is it soul? Is it funk? Is it groove? Is it all of that?

We always say we make music with soul – that has something to say, something to be. It’s a bold statement to make, for sure. But it’s really what we try to be. I guess that’s why we always say “raw” soul too. We try to make music that is authenticly us. And soul music is our main influence. We all listen to it, and feed off of its influences, roots, and offsprings.

There is “soul” in our music, but there’s also everything else that came from soul music or was made from soul music. We all listen to funk, americana, rocksteady, southern rock, afro, garage, jazz and a ton of other styles that influence who we are as musicicans. The great thing about being a “soul” band is you can use all these influences to make something of your own with, and that’s what we try to do with every album.

We recently came out with an animated video for our track HEAR ME. It’s a beautiful, film noir inspired clip that follows a woman in an abusive relationship as she finally confronts her partner and decides to leave him. We had the chance to work with an animation company called Millihelen Design who designed, developed, and animated the clip. They’re a American/Belgian duo working out of Antwerp.

We wanted something sublime visually to go along with this song because it’s hard talking about abuse. Especially in a post-me too/Time’s Up society, confronting domestic abuse and trying to put words to something that is so prevalent but so taboo was a challenge.

The message wasn’t too milk or profit from an ongoing social debate, but really we just wanted to put into music the idea that you can walk away. You can get out and find your peace. I feel like we focus a lot on the idea of victims, and not enough on surviving, knowing that you can move on.

That’s why the song is called “Hear Me” – we wanted to celebrate the fact that women can finally speak up and speak out. 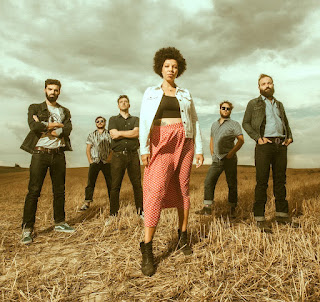 8) What can concert goers expect at a concert of The Buttshakers? Are you playing any famous cover songs during the gig?

Now for something much lighter – haha—no but seriously, Arcadia is a dark album, but in our concerts, we try to bring as much joy and light as possible. Music is a temple, a place everyone can go to tune in and tune out.

A Buttshakers concert is exactly that. We always try to get everyone to just let go. When you dance, you touch a part of yourself, you free a part of yourself that most people rarely let live. So for us, a perfect concert is playing our songs right and everyone shaking their tailfeathers 😉

We always play a cover or two – but we’re one of those annoying bands that always takes a lesser known artist or song. One cover that we’re especially fond of is ‘Clean Up Woman’ by Betty Wright. And sometimes when we’re feeling hot we’ll put in a ‘Land of 1000 Dances’ by Wilson Picket or ‘Slippin’ & Sliddin’’ by Little Richard.

9) Are there any bands in France today you consider yourself close to, musically speaking?

To be honest, there aren’t many soul bands in France that are similar to us musically. There are a lot of great soul bands in France at the moment, like John Milk, Malted Milk (two totally different bands, I promise!) Elina Jones and the Fireflys – but they’re more r’n’b/Motown and I’d put our sound/live shows on the Stax side of the force.

It seems silly to say, because each band really has their own sound. But if we had to choose between Motown or Stax as the two polar opposites of soul, we’d be on the Stax side 10/10.

I guess the Adeline’s probably are the closest to our sound that you can find in France. I don’t know if they’re even playing anymore, but they were a damn good live band. Or the Ready-Mades. They’ve got more of a rocksteady vibe, but I think they put the conscious side of soul music ahead like we do.

10) What are the plans for 2022 as far as The Buttshakers are concerned? Are you gonna tour Europe to promote the record?

We’re hoping to play wherever people want us! We’ve got shows announced for 2022, mainly in France. We want to defend the album in our hometurf 😉 But we always add international shows throughout the year as things come in!

That’s the beauty and the beast of playing live music – things change, get added in, and unfortunately with covid, get pushed back or canceled ALL THE TIME.

Nothing more than, for first time listeners – listen to Arcadia as a whole story. It’s an album that’s best consumed in its totality. From ‘Back in America’ to ‘Gone for Good’, you have to let the story unfold and let it take you somewhere.

Thanks a lot for the questions! Cheers for 2022!