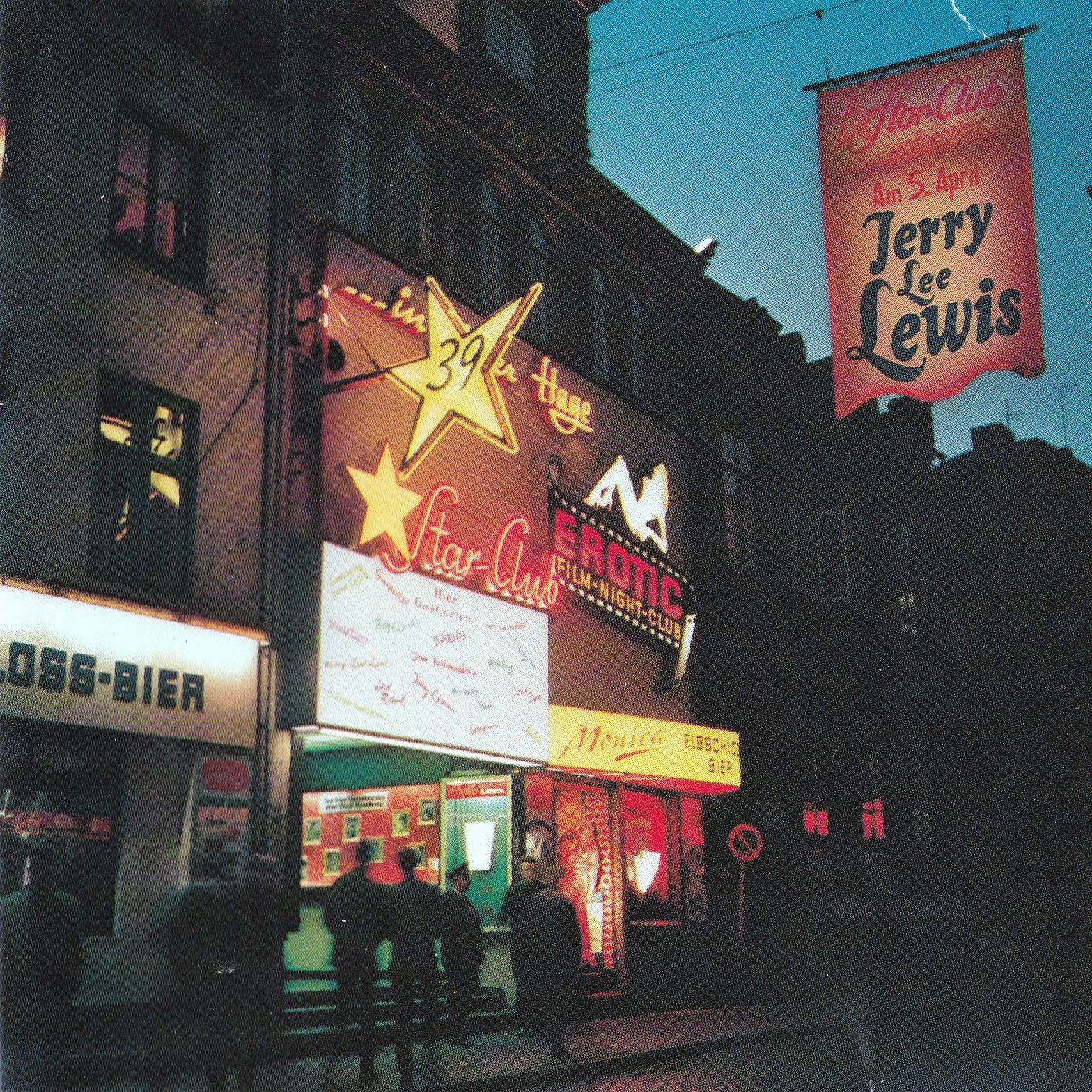 Live At The Star Club, Hamburg is not an album, it's a crime scene: Jerry Lee Lewis slaughters his rivals in a thirteen-song set that feels like one long convulsion. Recorded April 5th, 1964, this is the earliest and most feral of Lewis' concert releases from his wilderness years, after he was banished from the radio and after he had left Sun Records for Mercury, but before he humbled himself and switched to country. Live at the Star Club is not country, boogie, bop or blues but showdown rock & roll, with no survivors but the Killer.

Not that the rockabillies and piano pounders whose tunes he devours — Ray Charles ("What'd I Say"), Carl Perkins ("Matchbox"), Little Richard ("Good Golly, Miss Molly") and Elvis Presley ("Hound Dog") — thought of Lewis as their chief competition. But he did. The world at large seemed out to get him, and that was no position for the hardest-working ego in show business. Lewis was not going to just slide through his career doldrums. He wanted to show 'em all — those prigs who looked down their blue noses at his marriage to thirteen-year-old Myra Gayle Brown, those fools who thought Elvis was the King, those damned Brit invaders, even the angry God of his angrier fathers. No enemy could touch him onstage. Once Lewis launches into "Mean Woman Blues," the audience and his backing band, a vastly overmatched British group called the Nashville Teens, simply toast in the afterburners.   (review from rolling stones magazine) 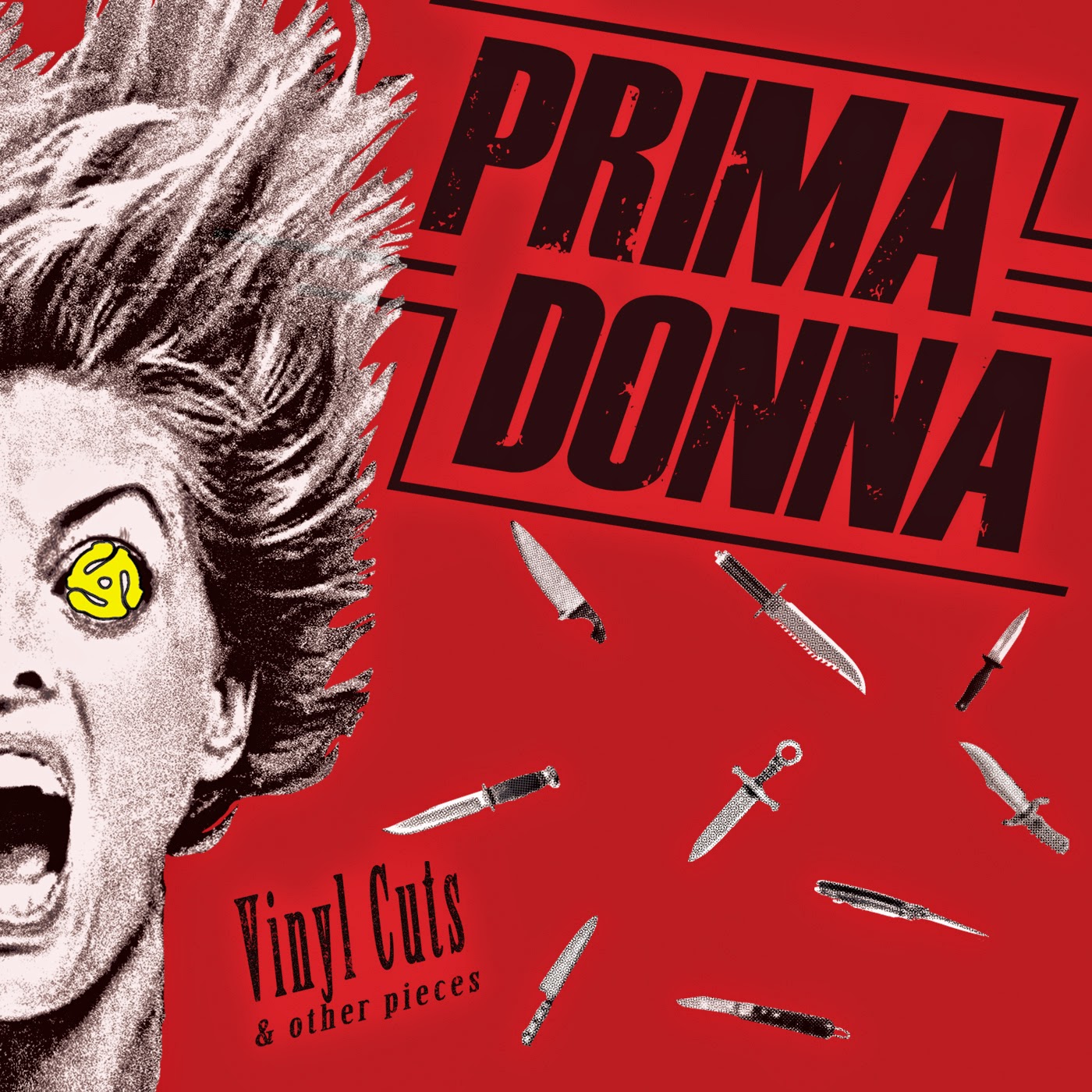 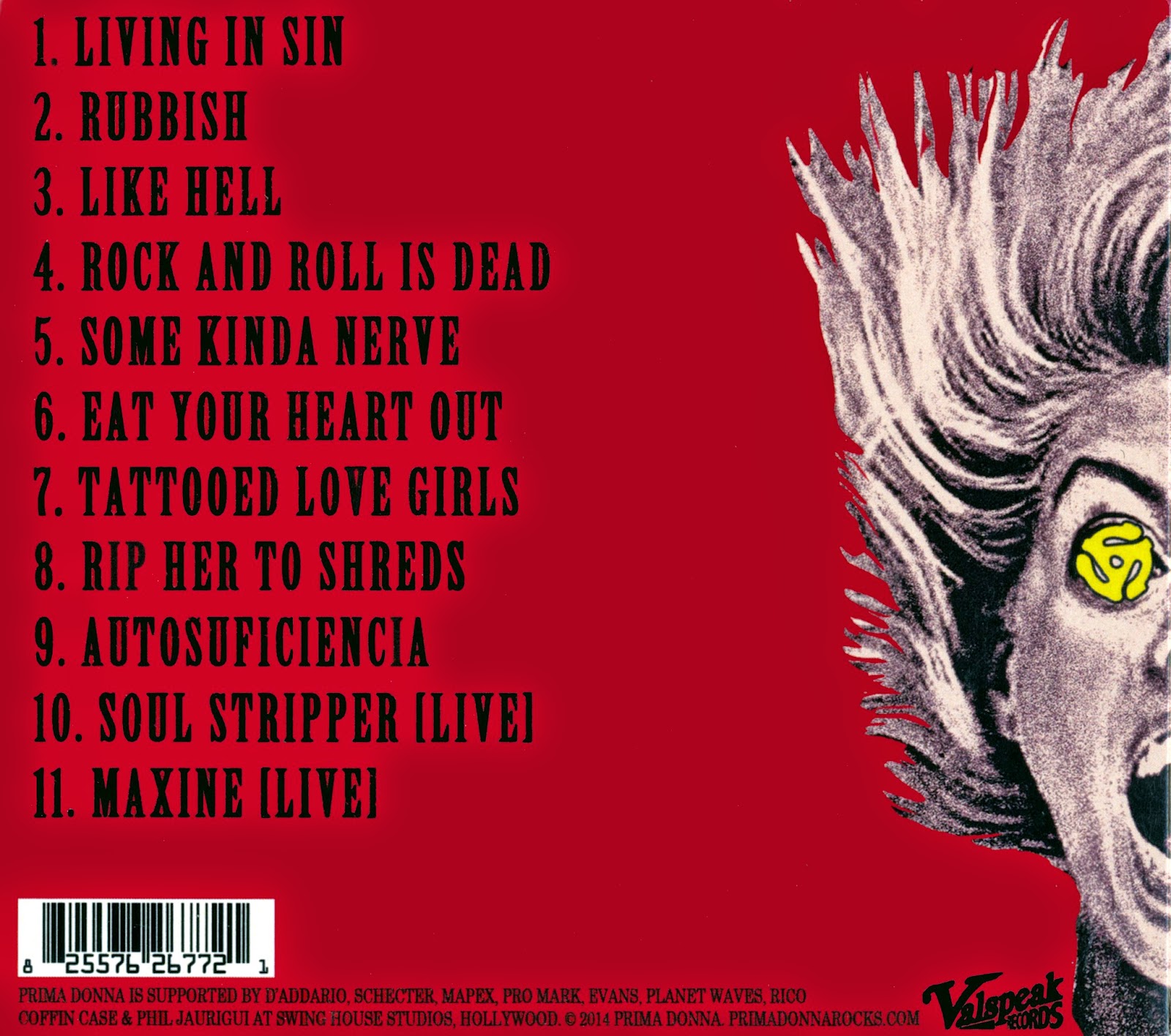 Born and raised in the San Fernando Valley on a steady diet of punk and glitter rock, Prima Donna are infamous on the L.A. scene. Unlike many of their contemporaries, however, this foursome not only taps into early British Invasion rock-n-roll as translated by sax infused bands such as the Dave Clark Five, early Stooges and The Sonics, but they also put their own snarling, full throttle spin on it, leaving just enough L.A. sleaze in the mix to make it their own.
Their curriculum includes musical road trips with Eddie and the Hot Rods, Adam Ant, D-Generation and even Green Day, who they supported on two arena tours on two continents. Frontman Kevin Preston has also continued participation in Green Day side-project Foxboro Hot Tubs. 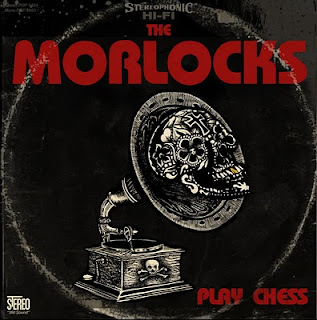 The Morlocks aren't some smoothed-out, swagged-out screw-ups toting stage passes and guitars; The Morlocks are a living, sleeping and breathing embodiment of the garage punk they've perfected and long performed. The music they create is the lifeblood of their cause, a cause which is as much a point of pride as a way of life. The scars, breaks and bruises earned along the way serve to magnify the only truth they know. Growing up fans of Chicago blues-rock legends like Howlin' Wolf and Bo Diddley, L.A.'s The Morlocks' shared love of all things related to Chess Records created a natural inspiration to pay homage to some of their musical heroes with their fourth long player. The resulting album: The Morlocks Play Chess!

Thanx to Chris for this great contribution!!! 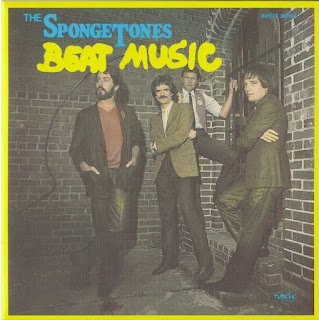 The Spongetones - BEAT MUSIC
In Flac - Scans are included
1 Here I Go Again
2 Tell Me Too!
3 Cool Hearted Girl
4 Take My Love
5 Part Of Me Now
6 She Goes Out With Everybody
7 Every Night Is A Holiday
8 Don't You Know?
9 Where Were You Last Night?
10 You're the One
11 Better Take It Easy
12 Eloquent Spokesman
13 This Kiss Is Mine Tonight

Special thanx to  JPaul for this brilliant contribution! 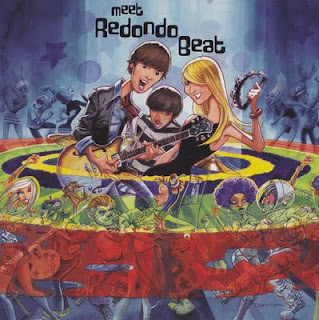 
1. The Sweetest Sound
2. The Spell I'm Under
3. My Baby (Knows How To Have A Real Good Time)
4. Break-A-Heart
5. Do You Wanna Have This Dance?
6. Melina
7. Full Moon Child
8. Shoop Shoop
9. Can't Wait Until Saturday Night
10. I'll Never Let You Go
Influences run the gamut from early `60s Brill Building songwriters and related East Coast Girl Group sound, a touch of Doo Wop, the sound of mid-`60s convertible top-down summertime Southern California and early `70s teenage AM radio Raspberry City Rollers flavored love-affairs. It is pure pop as seen through the eyes of the best decades of original rock `n' roll music with all the drive of late `70s punk powered `80s power pop. If you like TEEN MACHINE or the 2 first solo albums by Sylvain SYLVAIN, this will be right down your alley! The best pop album of 2011. No less.

Special thanx to JuniorRatboy for this great contribution

Nothing but ...the Youth 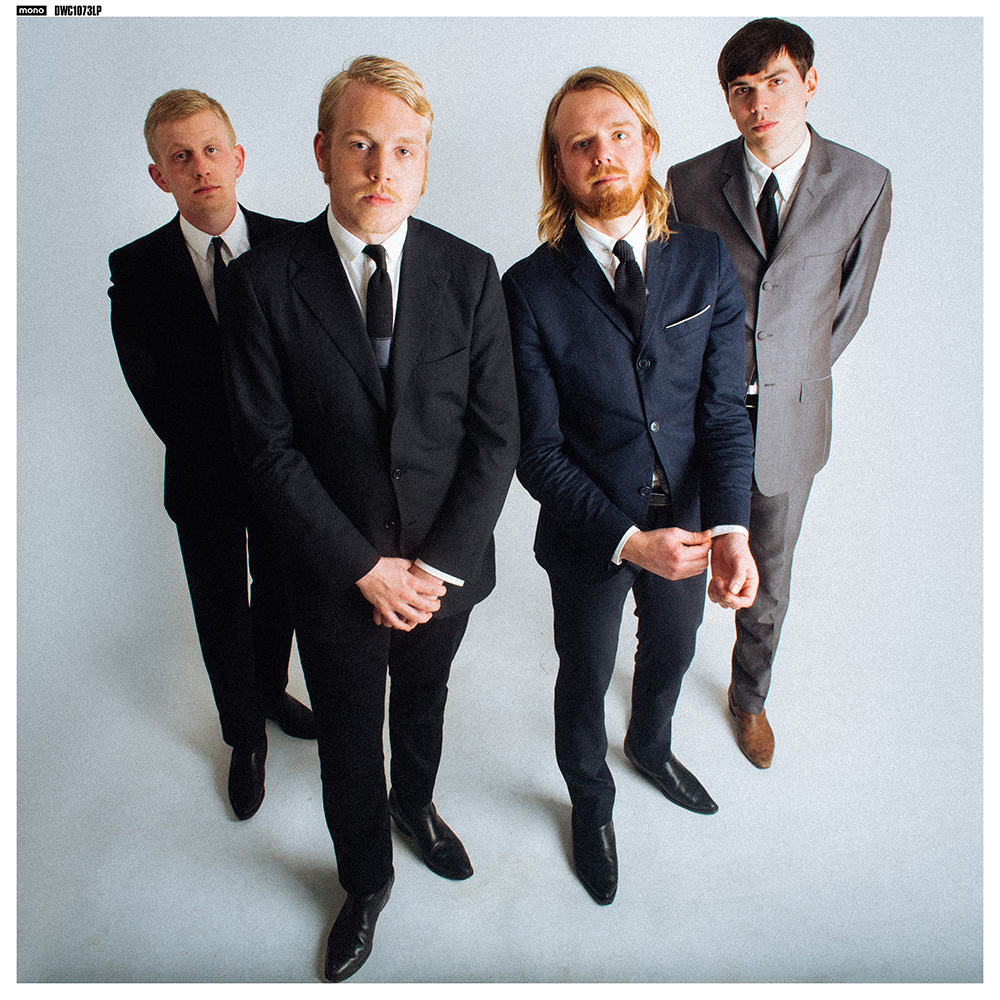 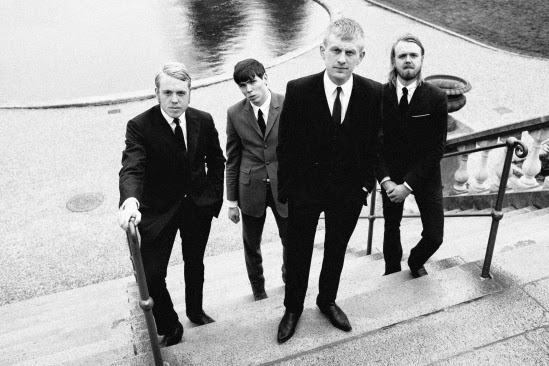 Some people claim that they are influenced by Medway bands like The Masonics or The Milkshakes but as far as I'm concerned I hear much more the influences of Dutch 60's bands like Q65, The Motions or The Outsiders. And to prove my point, they deliver a very fine rendition of "That's your problem". And even if their sound is rooted in the past, it sounds totally fresh and contemporary!  Their debut cd/album, "Nothing But..." was recorded at Circo Perrotti Estudios, Gijón, Spain and released on Dirty Water Records last October. 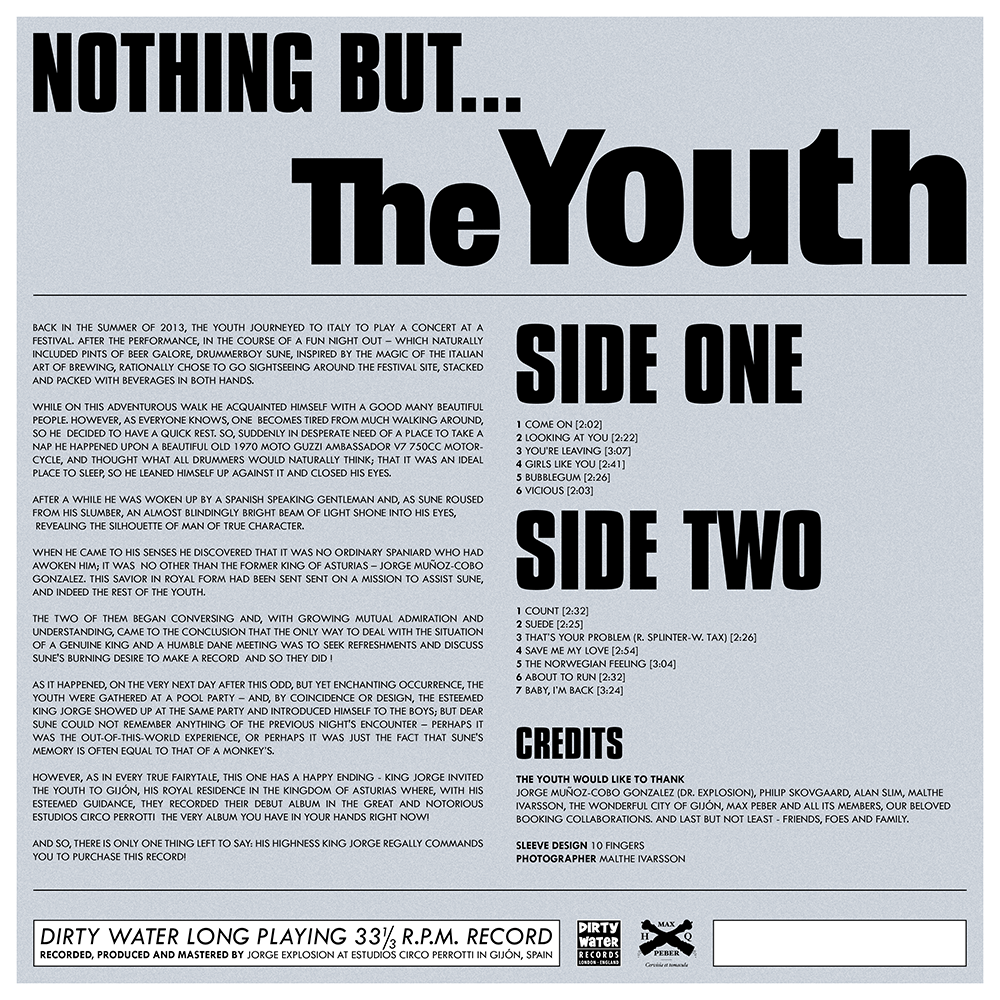 You can purchase it here : http://theyouth.tictail.com/

The YOUTH will be touring Italy at the end of this month:

Iris and the Deadly Flowers - What must a girl do 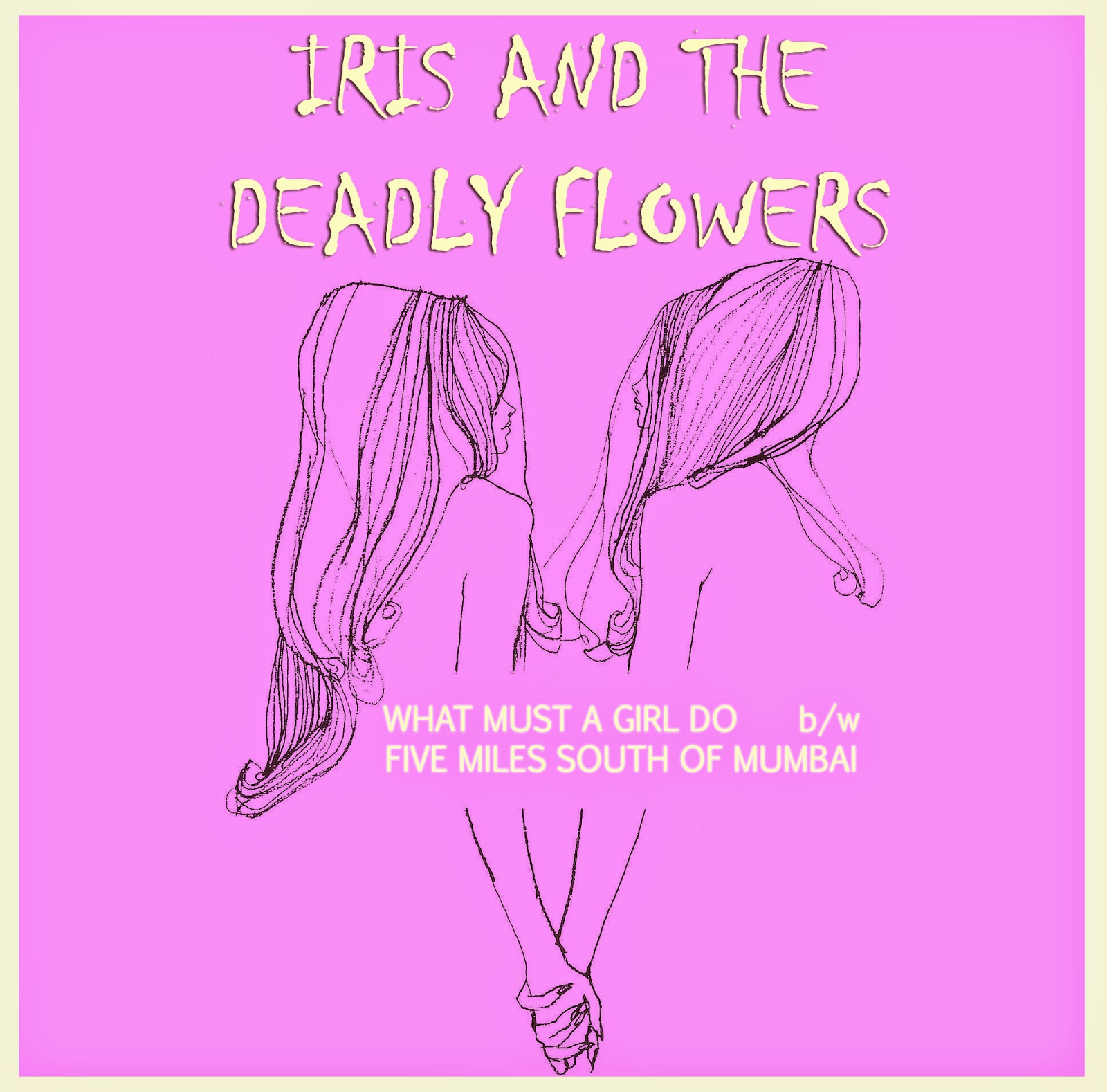 Once again, IRIS and her Dad, backed by the DEADLY FLOWERS are delivering the goods in spades.

What must a girl do is a brilliant sixties rocker with a swirling organ riff. Five miles South of Mumbai on the other hand is an hypnotic and spatial instrumental close to krautrock. 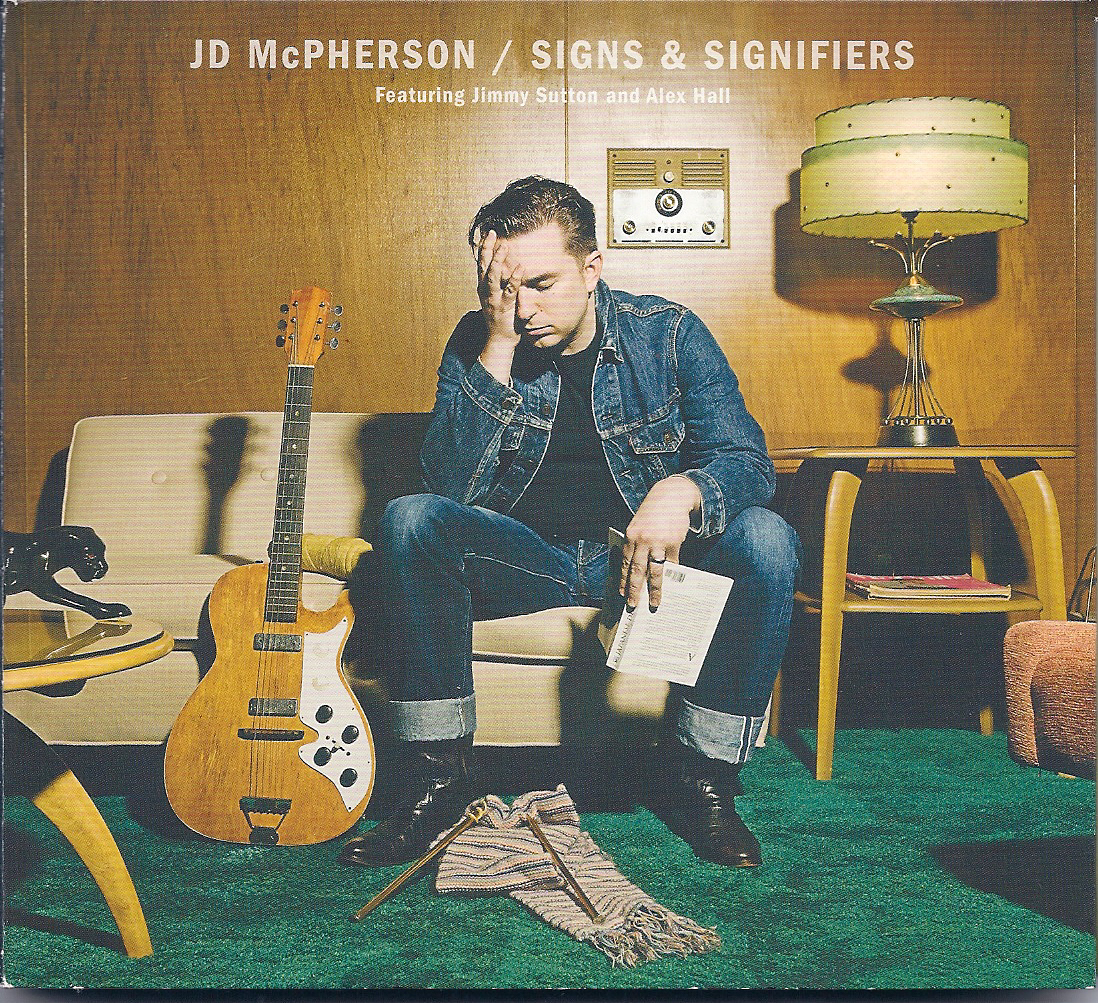 This Album is a must for anyone who loves pure original sounding Rock n Roll and Rhythm N Blues. Just think Jackie Wilson, Ray Charles, Sam Cooke, Bunker Hill and Johnny Burnette all rolled into one and you will be blown away by this album.
The material is all there own bar one and sounds really fresh but authentic.
The guy has a voice to die for and the production is superb. This is a must buy!!!

Thanks to LIMBURG for this great contribution
Publié par ratboy69 à l'adresse 7:19 AM 6 commentaires

8 TRACK STEREO - Don't you wanna boogie with me

8 TRACK STEREO - Don't you wanna boogie with me 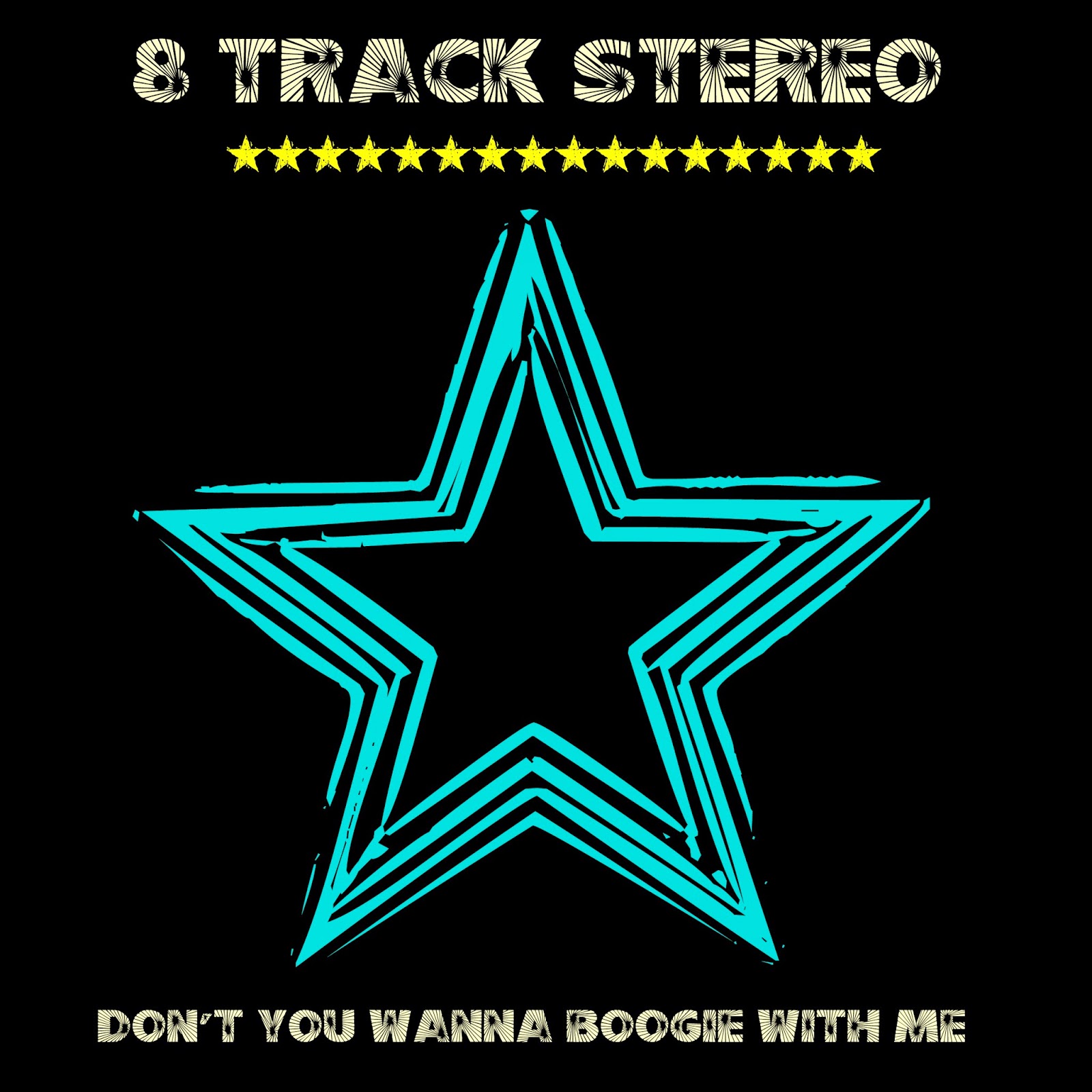 All tracks recorded at Hollow Sparrow HQ
Mixed by the one and only Sonic Spaceboy at Liquid Sky Studios
Get in touch : ricky_stereo@yahoo.com
Vincenzo D. : Bass on  "All over but the cryin'"
Words and music by Eric Knoxx

Your favorite glam/punk band, Eight Track Stereo, just released a new digital E.P. aptly named "Don't you wanna boogie with me". It features 4 amazing foot stomping rockers that will keep you humming all day long. Greatly recommanded if you like GIUDA, The Derellas, Cyanide Pills, WARM SODA  and so on....