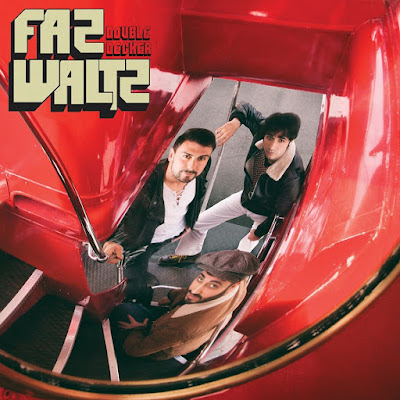 Our favorite Italian glam trio FAZ WALTZ released its latest full length album containing 10 new infectious songs all written and composed by Faz La Rocca some months ago but it's never too late to talk about a brilliant album, so here we go:

1) For the viewers of this blog who would not know you, What would you tell about FAZ WALTZ to introduce yourselves?? How long are you guys together as a band? Were you in other bands previously? Who is playing what instrument in the band?

Faz: We're a Glam Rock band since 2007, we're from Italy. I'm Faz La Rocca, I sing and I play guitar, Diego Angelini is the bass player and Marco Galimberti the drummer.
We all played in other bands previously, mostly Punk Rock bands. 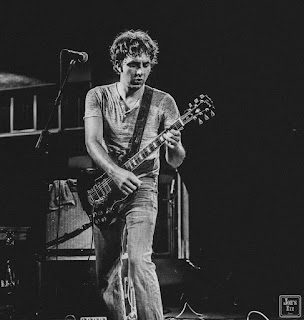 2) About the latest released LP "Double Decker", what can you tell about the recording process? Was this a live in the studio recording or a track by track recording with lots of overdubs?

F. We always play live in the same room, we love to get the sound of a real band playing and give the right intensity to the recording. We use to record on tape all the live sessions, the vocals, and the guitar overdubs.

F. When I was a teenager I used to listen to The Beatles, The Ramones, Queen, The Misfits, The Beach Boys, The Sex Pistols and many more.
My favorites were The Beatles and Queen and I think they still have an influence on my songwriting. 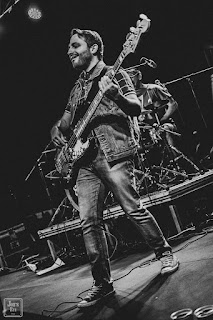 F. Yes, I've always been the only composer in the band, music and lyrics.

F. Song are mainly influenced by life and experiences, love, hate, fun and frustrations, but sometimes they're totally fruit of my imagination.

F. Yes, at the moment we released the video for the single "Julie" from Double Decker. You can find a lot of official videos on youtube from our previous albums too.

7) What can concert goers expect at a gig of FAZ WALTZ? Are you playing any famous cover songs?

F. They can expect loud guitars amps and drums, head banging, foot stomping, strange faces from the drummer, small talking and me moving around and getting really sweaty. We never played covers... a couple in 11 years. Lately we play "Suffragette City" by David Bowie if the audience is still asking more at the end of the show. 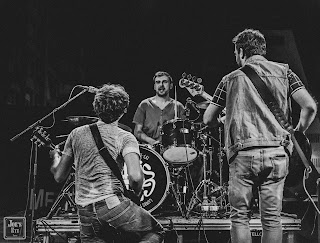 8) Is there a new rock'n' roll scene in Italy these days and are there any other bands you are feeling close to??

F. Not a real R'N'R scene in Italy, we feel close just to a few bands here, Giuda and The Peawees to mention a couple.

9) What are the plans for the rest of 2018 as far as FAZ WALTZ is concerned? Are you guys planning to tour this side of Europe soon?

We're still promoting "Double Decker"  with gigs in Europe and we hope to get to Belgium soon.
We are working on the U.S. tour for 2019 and writing new material too.

Thanks a lot for the attention,  keep on supporting Rock'N'Roll bands and blogs like this! Cheers!