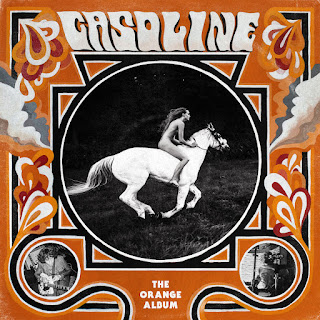 This is an album by a brilliant Parisian duo that was released early this year but the band took so long to answer the questions for the interview that it is only published now. Great stuff anyway, give it a listen! It's really worth it.
1) For the viewers of this blog who would not know you, What would you tell about Gasoline to introduce yourselves? How long are you guys together as a band? Who is playing what instrument in the band? What are your various individual backgrounds?

Gasoline is a french duo composed by Théo Gosselin on the drums and Thomas Baignères on guitar and vocals. Théo Gosselin is a french photographer, famous for his road trips and rock'n'roll pictures. Thomas Baignères, before joining Gasoline, played in several bands, including "leSpark", "Flare Voyant" and "Les Darlings". Both of them united by some common friends created "Gasoline" a powerful rock'n'roll duo inspired by the sixties, seventies, Swinging London, Woodstock, with a great combination of Thomas iconic voice, guitar riffs and Th?o's heavy drum . We formed the duo in 2019. 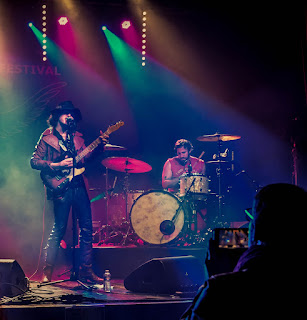 2) About the full length record "The Orange Album", can you explain the choice of this title? What can you tell about the recording process? Was this a "live" in the studio recording or a track by track recording with lots of overdubs?

Theo chose the orange as the color of this first album. The second one will be "The Green Album". This choice is more esthetic than anything else. About the recording process, we have been recording really quickly, three days for the takes and three days for the mixing! That was a live recording but we added afterwards some overdubs.

We have been using both! First we managed to do a digital recording, but then the final result was on a tape.

We both compose music and write songs! Even if Theo is the drummer, he has a lot of ideas of guitar riffs and lyrics!

Rock'n'roll is obviously the main subject, we would say that there are a lot of topics related to rock'n'roll: not only sex and drugs, but it is a whole universe that we love to talk about. 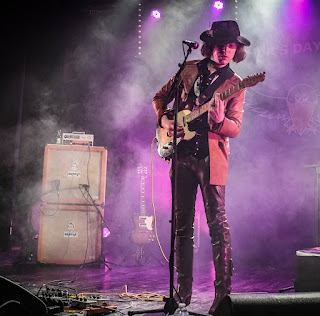 6) To what kind of music did you listen to as teenagers and does it still influence your today work?
What were your favorite bands as a teenager? Name 3 bands that you consider still have a influence on your own work today.

Thomas : For me that would definitely be the Rolling Stones, and all the blues men that inspired them: John Lee Hooker, Muddy Waters, Howlin Wolf. This music still inspires my work today of course!

Théo : As a teenager I listened a lot of grunge and then punk rock and hardcore.They influenced a lot my way of drumming and the gear I used. I’m loud, very loud And I need really strong gear. I basically learned to play drums watching Dave grohl. He is powerful and simple and visually extremely interesting That’s why it’s so important for me to move a lot and show to the audience I’m having fun!I hate lazy drummers ! If you play rock roll you have to push yourself and give 100% !

Here are 3 bands that changed my life ! They are obvious but so important: Nirvana,  Graveyard,  Comeback kid 3 styles but they are my childhood. Now I listen more to rock roll music,  Old and independent rock and folk music

7) Do you have a new video on youtube featuring a track from the full length?

8) What can concert goers expect at a gig of Gasoline? Are you playing any famous cover songs during the gig?

We used to play "Gloria" but we don't play it anymore. Anyone coming to Gasoline gig can expect a good and strong rock'n'roll vibe!

9) Are there any bands in France you consider yourself close to, musically speaking?

Most of the band we like would be in the USA or UK! But we love and feel really close to the bands from our label "Celebration Days Records" such as "Cheap Wine" for example! 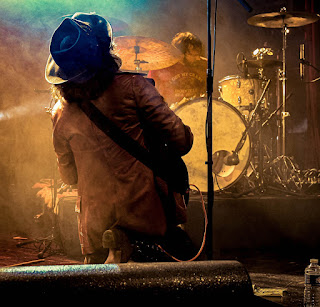 10) How would You describe the music you're playing? Is this Garage Rock or do you consider there is way more than that?

Garage rock of course mixed with blues and a little bit of punk rock, but at the end it's only rock'n'roll!

Now that the album is released, we will keep playing live and work on the record of next album!