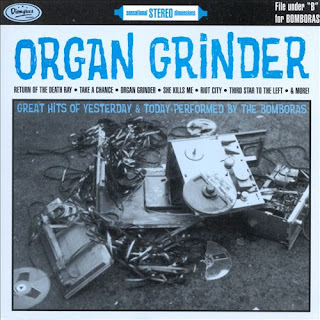 The Bomboras - Organ Grinder
In FLAC - Scans are included

One of the great bands of the brief '90's surf revival, the Bomboras are probably one of the most talented groups to ever play this genre. They may not have lasted long, but their stay did include a bunch of riveting performances featuring hot go-go dancers, extremely geeky jokes, occasional fistfights and their instruments set on fire. A regular feature of their show included the keyboardist standing on his organ while playing it, before dousing it with lighter fluid and setting it alight.
The Bomboras' noisy, kitschy Organ Grinder combines tracks from a limited-edition ten-inch with half a dozen cuts recorded live at Los Angeles' famed Jabberjaw club

Special Thanks to Jacobo for this great surfing contribution

The Rousers - A Treat of New Beat 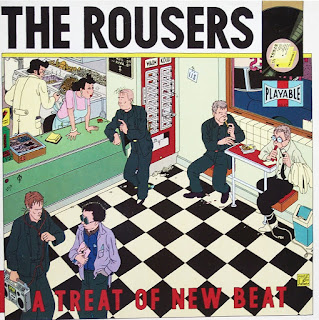 The Anglo-American music scene is notoriously insular and it's hard even for anglophone European acts to break in, so it's our loss that we missed a trick with The Rousers' 1980 LP 'A Treat of New Beat', as it's quite simply the lost grail of power pop. The Rousers seem to have been presented as 'the Dutch Undertones' (which is a bit exaggerated!), and they were certainly at the punkier end of the power pop spectrum, but their catchy, energetic guitar pop also looked back to the 60s, along the lines of power pop godfathers The Flamin' Groovies and forgotten UK contemporaries The Boys and The Pleasers. The LP is packed full of strong tunes and the singles 'Rock and Roll or Run', 'Magazine Girl' and 'Ann-Louise' could easily have been joined by three or four others. Unfortunately it seems the Dutch were no more receptive to The Rousers than the UK, and despite such a storming debut, the band folded in the early 80s. This excellent re-issue contains no fewer than 11 bonus tracks, and the B sides and outtakes are well worth having - the raging cover of 'She Loves You' and tracks like 'Bad Time', 'Back Off' and 'Touched' are stronger than many of the album tracks.

Special Thanks to Joey R.A. Mone for this contribution 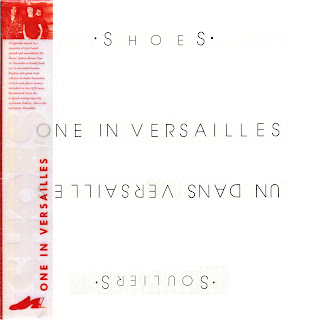 Dance In Your Sleep
Do I Get So Shy
Un Dans Versailles
Kristine
Something I Can't See
Eggroll Rock
Song For Her
One Night
No, I Don't
The Sun
One In Versailles
Banjo

Only 300 copies were made of this 12" vinyl album of classic early SHOES music when it was first released in 1975. With Gary studying at the University of Illinois extension in Versailles, France, John and Jeff recruited drummer Barry Shumaker to surprise him with this new batch of Shoes songs.

Chain and the Gang - Best of Crime Rock 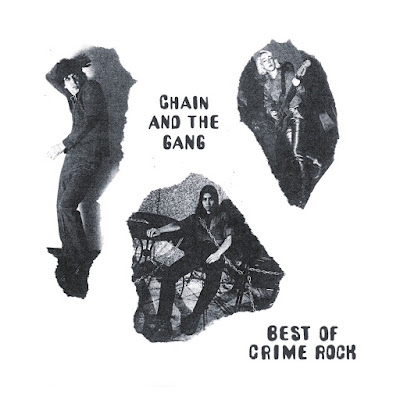 Chain and the Gang is an american band hailing from Washington, D.C. and formed in 2009. Currently, the band is featuring Francy Z. Graham: Guitar; Anna Nasty: Bass and vocals; Mark Cisneros: Drums and keys and is led by musician /writer/ talk show host Ian Svenonius. 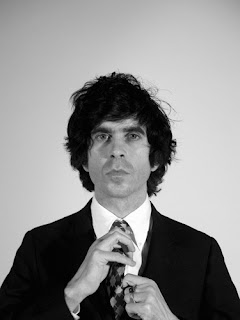 The man is well known since he was the driving force behind the bands NATION OF ULYSSES formed in 1988 and THE MAKE-UP formed in 1995.

Chain and the Gang deals in the self-called genre "Crime Rock" that blends together rock' n' roll, blues, funk/punk and gospel music of the late ‘50s /early ‘60s.

The band's fifth and latest offering, released by INTHERED Records is aptly entitled "Best Of Crime Rock" and sees the band revisiting/re-recording some of their best tracks of past releases along with some brand new ones (the organ driven “Logic of the Night” and surf-power pop “Come Over”). Their previous recordings were primitively lo-fi to the max but this one benefits from a better production and sees the band at their most rocking. 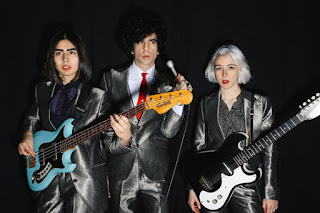 Chain and the Gang perfectly understood that in rock'n'roll "less is more". The songs are stripped down to the bone and build on guitar, bass and drums (and sometimes a cheesy organ) but this is exactly what gives those reworked songs their power and their strength.

Several of the new versions on "Best of Crime Rock " are quite dramatic changes from the original ones so it could be a bit destabilizing at first listen but very soon you will come to the conclusion that this new record greatly improves upon its original material.

A must for any fan and the best place to start for the uninitiated. Highly recommended!