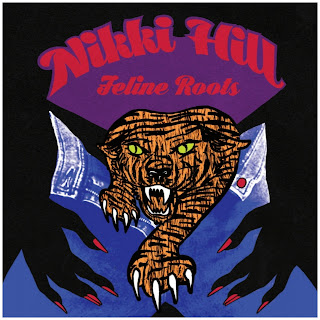 Feline Roots is the third full length album released by North Carolina born singer NIKKI HILL. All of her records were previously released in the USA on her very own label, Deep Fryed Records and therefore quite hard to find in Europe and at very expensive prices.

Luckily for us, Berlin based Hound Gawd! Records had the brilliant idea to release this latest offering so it's finally easily available on this side of the Atlantic. This blog took this opportunity to talk to Nikki about her career and this highly recommended latest album.
Here it goes:

1) For the viewers of this blog who would not know you, What would you tell about you and your musical background to introduce yourself? Can you also introduce the other musicians who participated in the recordings? what instrument are they playing? Are they part of your usual touring band or are they guns for hire? 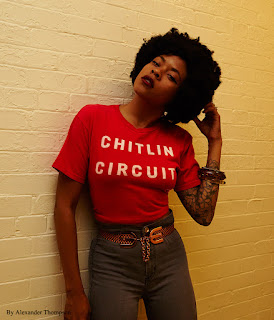 I grew up in Durham, North Carolina raised by my mom and sisters. I grew up loving to read and wrote
poems, I really admired an aunt that is a poet. I sang in the gospel choir from a very young age. That was my first lesson in seeing the power of music on people and I never forgot about how the people moved and shouted and the tempo of the piano would get faster and wilder until the room lifted! I stopped going to church and singing as a teen and started exploring my own interests, and music grabbed my attention the most.

I started going to a lot of live shows and saw so many styles of music, and eventually worked at a local music venue. One thing I couldn't stop noticing was how familiar the high energy shows felt like what was used to seeing at a young age in church. I started researching the songs I knew from my childhood and through looking into vintage Black gospel which lead me to guitar players like Pop Staples and then into the blues, and it connected back to artists like Little Richard and Sister Rosetta Tharpe and the wildest rock n roll I had ever heard! I was hooked on the energy of this music from the 50's and 60's and felt so inspired as I discovered the stories and songs of artists that had their own style and sound in a time where that was not always quickly admired or recognized, especially for Black artists. It reminded me of more modern artists I admired for similar things, like Bad Brains, or Poly Styrene, or Betty Davis.

When I started writing and putting shows together, I used that inspiration to find my way and try to make a sound of it, taking the tones of the R&B, gospel, and soul that raised me at home, and blending it with the expressions of blues, garage, rock n' roll, and roots that I discovered over the years. I like to do what I want and not follow the rules of what is expected. 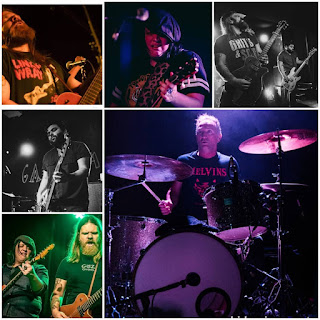 I have been lucky to have the band from my latest record touring with me. That band is Matt Hill and Laura Chavez - both on rhythm and lead guitar, Nick Gaitan - bass, and Marty Dodson - drums.

2) About this latest full length album "Feline Roots" newly released on Hound gawd!, what can you tell about the recording process? Was this a "live" in the studio recording or a track by track recording with lots of overdubs?

The pre-production was very very short, and we only had a couple of days between the band touring with me and doing their other gigs to rehearse the songs. I wrote two of the songs in the studio, but they were very motivated by the live feel we had, so it didn't cause any problems. I really love to do that, but I imagine that would be a big annoyance if I wasn't the one producing the record!
The band tracked the songs together live. We did everything in the same studio, I think we were there for 4 days with everyone together and finished all the tracks. It all went by very quickly, but it didn't feel rushed in the studio. When all the tracking was done, Matt and I returned to the studio and added some acoustic guitar overdubs to fatten up the sound on a few tracks, and some of the solos are overdubs.

I have used both. I dig the sound of analog, especially if you're working with someone that can appreciate the lo-fi vibe, but still create something that can sonically grab you.

4) How would you describe the music you're playing?

It's a merge of styles - soul, r&b, rock, gospel, blues, garage - but usually if I explain in one phrase, I describe it as rock n' roll.

6)  Do you have a new video on youtube featuring a track from the new LP??

Here is a video of Get Down, Crawl Live at Cafe Nine!

7) What can concert goers expect at a Nikki Hill gig? Are you playin' any famous cover songs during the gig?

I'm lucky to have a touring band of choice that also played on my last album, so it adds a special energy to the show as we keep playing together. I have been able to take them on all of my tours since even before the album release, so playing together through so many different shows and experiences, it feels comfortable but we're also in a great push and pull and never let off once we're onstage. We're pushing out that kind of energy, and encouraging everyone to lose themselves in it too! 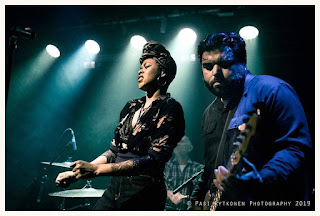 I started off like many artists surviving and finding their sounds by playing different covers in their beginning shows, then switching to mostly original music. I like to highlight more unknown songs a lot of the time, or songs that I might spot that the audience might like. I've covered different things from 60's R&B and soul, reggae, swamp pop, blues, rock n roll. It's fun making it fit into the show. I have some Bon Scott era AC/DC songs we have done over the years that people go crazy for! I never expected that, but it's so much fun. It's like as a kid going to the playground and screaming and going nuts and it's an appropriate place for it. I love that the stage can be a place for a message, and also be a place for kicking and screaming!

8) Are there any bands/artists in USA today you consider yourself close to musically speaking?

I don't know about that! I feel like that's something that the listeners might do. I will tell you some current USA artists that I'm listening to though! If I pull from a stack of records/CDs of current artists I'm listening to, it includes Lee Fields, The Bellrays, Liz Brasher, Cedric Burnside, Charley Crockett, Daddy Long Legs, Yola, The Suffers, The Black Tones, Don Bryant, Gary Clark Jr., Margo Price, Susu, Seratones, Kelly Finnigan, Delvon Lamar Organ Trio, Sunny War, Los Lobos, and Shannon and the Clams. I would absolutely do a show or make music with every single one of them too!

9) To what kind of music did you listen to as a teenager? What were your favorite bands as a teenager? Name 3 bands/artists that you consider still have an influence on your own work today. 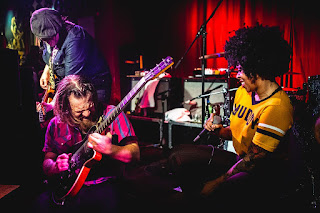 My teenage years, I went crazy with music. I listened to a big variety over the years and just absorbed it all - from rock, to house, to soul, to punk, to blues, to reggae and rock steady. If part of that has an influence on me today, is the idea to keep that kind of perspective - not pushing anything away because there's a chance I might find something I like. And if I don't, it's no big deal, I will keep listening and find it somewhere else. The artists I listened to all through my teens and now is The Fugees, Bad Brains, and The Cramps. Very different in ways, but they all still overlap for me. That part influences me, as well as each band's music.

10) What are the plans for the rest of 2020 as far as Nikki Hill are concerned? Are you gonna tour Europe to promote the album?

Right now, America is in an unfortunate crisis that as long as it continues, the possibility of touring pushes back further. At the moment, touring Europe isn't possible with the current traveling rules, BUT I will be looking forward to the next time we can return! While I wait to hear when we can make plans again, I'll keep writing and making melodies.

Special thanks to Oliver! 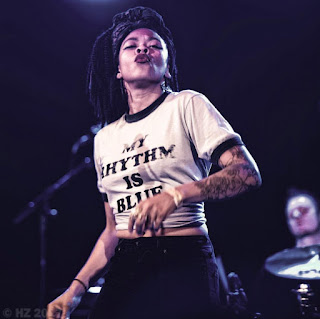