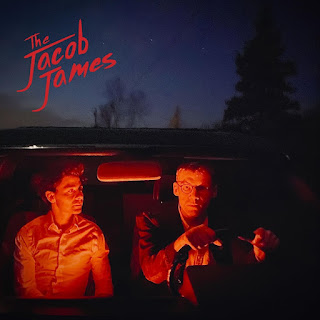 In their own words, The Jacob James have their hands on the wheel, their eyes set on the night, and a car stereo blasting loud guitars and killer melodic rock and roll. They are a duo from the state of Maine. Jake Greenlaw on bass/drums/vox & Bill Trevaskis on guitars. With full force drums, high energy vocals and tight power pop and 70's rock inspired riffs, they write catchy songs with a hint of familiarity.


1)  For the viewers of this blog who would not know you, What would you tell about The Jacob James and your respective musical backgrounds to introduce yourselves? How long are you guys together as "a band"?  Who is playing what instrument? Why did you choose the name "The Jacob James", because one of you is indeed named Jacob ....but none is named James.

The Jacob James is a duo from the state of Maine and we released our first album on June 16, 2020. Jacob Greenlaw (myself) on bass, drums and vocals and Bill Trevaskis on rhythm and lead guitars. We started recording together in Bill's studio in July 2019 after I recorded the drum tracks in Portland, ME in June 2019. My full name is Jacob James Greenlaw so that is where The Jacob James comes from. It started out as a solo idea and now has turned into a project with Bill. For right now with this album it feels right to call it, The Jacob James, since the project reflects the past five years of my life.

I started the original project in 2013 as a home recording and as a way to get into songwriting and to explore my love of power pop and rock and roll. I had been playing drums, singing and touring in a cool Americana Folk band called Toughcats for many years and this was a way to try something very different and get loud.

I recorded a lo fi demo album using Garageband called "The Jacob James” in 2013 or 2014 and just gave it out to friends (someday I might put out for fun). Bill played lead guitar on a couple of the tracks and even back then it planted a seed that this is what I wanted it be. The songs with Bill really stood out and we clicked in the studio. It took a long time to finally connect and do something together again!

I grew up and am currently living on an island off the coast of Maine called North Haven. When I was very young, my father for a short period of time was a lobster fisherman and he had a boat that he named "The Jacob James". I always had that in the back of my mind. It seemed more fun than just using my name for a solo album and it still lined up with the music of the 60’s and 70’s that inspired me. The name is also kind of a joke and I’m playing on the "I am the one and only! And of course THE VERY IMPORTANT” type thing.

For a long time I have had this drive to make a love letter to rock and roll. It is something that means so much to me and has helped me during difficult times in my life. It has always been there since I was a little kid watching over me and taking care of me. That is a big part of the spirit behind The Jacob James.

2) About the newly released debut album, what can you tell about the recording process? Was this a "live" in the studio recording or a track by track recording with lots of overdubs? 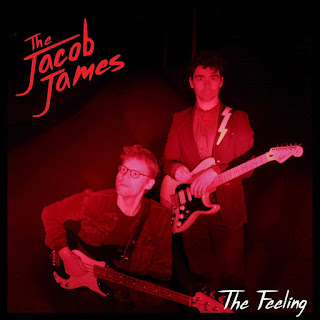 A majority of this record was made from in-studio arranging and writing. There is a little piecemeal component, but we wanted it to sound as "live in the studio" as possible. I recorded drum tracks before anything else with our friend Ron at Acadia Recording Company in Portland, Maine. Those tracks were then brought to Bill's (guitar/producer/engineer) studio on the island of North Haven, Maine. We envisioned the project "live" as a two or three guitar, bass, drums, vocals band so that it would translate in person as well.

We did everything straight to digital. Even though we're using old tube/analog gear, we love the workflow of a DAW and have really taken to being able to see and hear the waveforms we've made.

4) Is there a main composer in the band or are the both of you involved in one way or another?

I am the main composer. Bill wrote the great lead guitar parts. I wrote the songs and lyrics and arranged them while recording the drum parts. By the time I got in Bill’s studio with the finished drum tracks, I knew how I wanted the bass and vocals parts to go.

I hope I am getting to a place where it’s easier to write a song about happy times and other topics beyond myself. I think I got there a little bit with this album with "Time Moves On”, "Live It Up” and “Never Gonna Stop Me Now" are songs that reflect more of my mindset today.
Usually I write a lot about difficult personal subjects like growth and change, questioning growth, past mistakes, present mistakes, pointing the finger at myself rather then blaming other people, self sabotage, inner peace, fear of responsibility and change, acceptance….Hopefully people will pick up on some of the dark humor going on. I am trying not to take myself too seriously. I am more comfortable with myself than I used to be so I am not afraid to be more honest with my lyrics and questions.

6) How would you described the type of music you're playing. If I were to call it "power-pop", would you agree with this description? Are you proud of it or do you consider there is way more than that? 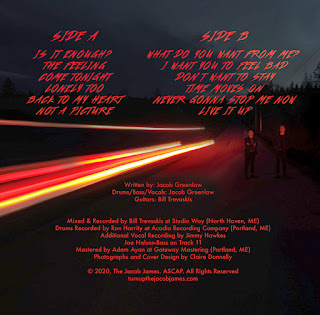 Power-Pop is a big part of it or one of the main influences for us and myself as a songwriter. I have been obsessed with power pop ever since first discovering The Nerves in 2008 or 2009. I heard “When You Find Out” and “Give Me Some Time” (still my all time favorite song) and it was a BIG MOMENT and around the same time as hearing Big Star for the first time.

Everything I was looking for was in this music after being a full on pop and Beatles fan my whole life and I loved the mystery of it; all of the incredible songs that have existed in the collections of deep dive record collectors and music fans for so long. It lead me to find important discoveries like Flamin' Groovies, Dwight Twilley Band, Shoes, Promise, The Shivvers and the GREAT Numero Group label compilations, “Yellow Pills”, “Titan: It’s All Pop” and many others. It all opened up something in me and I just spent many years soaking it all up. Songs like “The Feeling”, “Come Tonight”, “Live It Up”, “Back To My Heart” from our album all come from that experience of falling in love with power-pop and that beautiful sound! Outside of power pop, I also rediscovered bands like X, Mission of Burma, Judas Priest and Black Sabbath. That probably goes into it a little bit. I am also a big fan of ABBA, Robyn, Pointer Sisters and 80's dance hits. New and old, different genres, it all gets in there somehow.

So yeah, Power pop is most certainly an influence for us, as well as 70s glam, punk, etc. We really enjoy constructing songs in that style. There's an art in crafting 2 or 2 1/2 minute songs that take you on a real adventure! We like to look at power pop/glam/punk as music that borrows and combines elements of ear candy melodies from groups like The Ronettes with intensity and sometimes bubble gum flare of The Ramones. We like to think of our songwriting process as building a model ship in a bottle with tweezers...if that makes any sense.

We have some short promo videos on YouTube and Instagram. More full music videos will be coming in the future and I am very excited about some of the ideas we have. The pandemic has made it very difficult to make the videos!

8) What can concert goers expect at a The Jacob James gig? Is it only the 2 of you on stage or do you have a steady backing band? Are you playing any famous cover songs?

We have a great group of musicians who play with us live! Generally it's 3 guitars, bass/vox, drums. One of them is even a 16 year old student of Bill's and an excellent musician!
We have covered "C'mon" by Nikki and the Corvettes and "Hold onto yourself" by Bowie.

9) Are there any bands in the USA today you consider yourself close to musically speaking?

Lots of bands but these three come to mind, I am not sure if we are close musically but I think we would all be into the same music! Ex Hex, Sheer Mag, Bat Fangs, Spoon, Giuda, Ty Segal, Deerhoof. 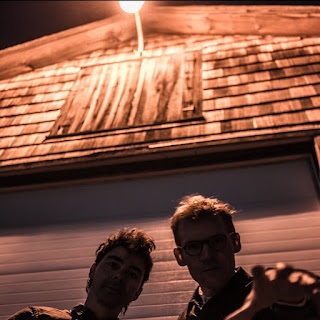 10) To what kind of music did you listen to as teenagers? What were your favorite bands as teenagers? Name 3 bands that you consider still have an influence on your own work today.

We have been influenced by such a wide variety of music as teenagers. For Bill, those have continuously been Queen, Prince, and Television. For Jake, The Beatles (classic answer but I am also #1 Paul solo fan), Fleetwood Mac (Christie Mcvie is my fave vocalist of all time), Stevie Wonder, Big Star, Tom Petty, The Feelies (sorry that's six!)

Well, COVID has hit us all pretty hard, but we're still trying to get our music out into the world and strategize potential drive-in concerts, which have been popping up here and there in the states. We have a few new singles we might release in the very near future that we are also excited about as well.

Thank you for your interest in our sounds! We really appreciated and loved answering your great questions. Hopefully we can visit Europe someday for a tour!

This is highly recommended for any Power Pop fan. Purchase the Goodies here: