The On and Ons - Menacing Smile 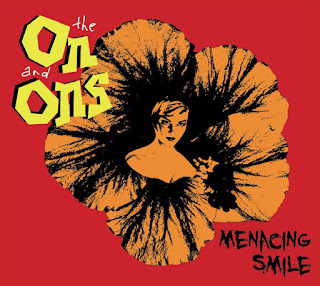 The On and Ons is a brilliant Rock/Power Pop trio based in Sydney, Australia composed of veterans of the Australian rock'n'roll scene. The band has released in 2015 ‘It’s…The On and Ons Calling’ and ‘Welcome Aboard’ in 2017, both very highly recommandable.

This new 6-tracks mini-album, "Menacing Smile", is the band’s third release on Citadel Records and it's a killer collection of fabulous hooks and harmony filled songs. So it was time for this blog to have a nice conversation with bass player Clyde Bramley

1) For the viewers of this blog who would not know you, What would you tell about The On and Ons and your respective musical background to introduce yourselves? How long are you guys together as a band?  Who is playing what instrument? 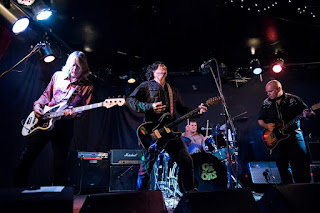 The On and Ons started life in 2015 when guitarist/singer/songwriter Glenn Morris (formerly of The Screaming Tribesmen, Kings of the Sun) and his drummer brother Brian Morris (Deltoids, Zeros-Aust.) were encouraged by Paul Collins (The Nerves, The Beat) who they had toured with throughout the USA and Australia as Paul Collins Beat in 2012/13, to record their own album of Glenn’s songs. The album was duly recorded and the band filled out with Clyde Bramley - bass (ex-Hoodoo Gurus), Richard Lane - guitar/organ (ex- The Stems), and Jon Roberts - guitar (ex- The Barbarellas).

Richard left the band in 2016 when commuting 3000 miles from Perth to the East Coast of Australia for gigs became too much, and Jon Roberts left in 2018 due to work-related issues. The band considered getting a replacement but decided that playing as a three-piece was their natural configuration, allowing the songs to breathe more naturally, and they have loved being a trio ever since!

2) About the newly released mini LP "Menacing Smile",  what can you tell about the recording process? Was this a "live" in the studio recording or a track by track recording with lots of overdubs? 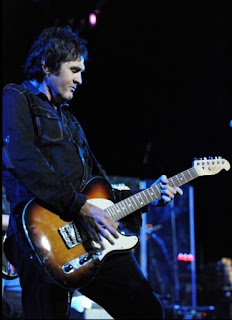 The tracks for this CD are “layered”, as in, we did the drums first in my home studio (using the ‘Glyn Johns method’), and then overdubbed guitars, bass, vocals etc, etc. but we tried to use whole passes of any particular guitar part, rather than comping together different performances, to give a “close to live” feel. Unless you are gigging regularly, or touring and have ‘match fitness’ to enable everybody to play together at once in a big studio, this seems to be the best method. The cost of going in to a large studio is a little prohibitive as well. The tracks are recorded and then sent to Dennis Wilson (legendary Australian guitar virtuoso of Kahvas Jute fame) to be mixed and mastered.

We work in the digital realm almost exclusively, but we try to mimic the analog workflow as much as possible, and of course, we use real guitar amps turned up quite loud! And lovely vintage Ludwig drum kit! 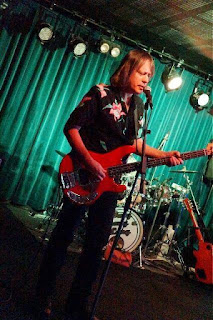 Glenn is the songwriter. He does home demos of the songs and then presents them to the band. We like to rehearse and play them live for a while before attempting to record them. He is quite prolific and we have a back-log of songs to learn and record.

Glenn writes of day-to-day life, from the the past to the now, and of dreams and hopes for the future.

6) How would you described the type of music your playing. If I were to call it "power-pop", would you agree with this description? Are you proud of it or do you consider there is way more than that?

Power Pop is as good a term as any to describe our music. It’s rock, has lots of guitars, strong vocal melodies, harmonies and hooks, and you can dance to it! If people are dancing you know you are doing the job well!

8) What can concert goers expect at a The On and Ons gig? Are you playing any famous cover songs?

The On and Ons don’t chat much on stage as we like to get through as many songs as possible during our allotted time. We don’t usually do any cover songs but we have been know on occasion to pull out the odd Beatles or Kinks tune.

9) Are there any bands in Australia today you consider yourself close to, musically speaking?

Rather than discuss bands who may or may not be similar musically, I think it might be best to just list some of the bands that we are compatible with, and have played on the same bill as. So we are like-minded but musically different. These bands would include: Even, Radio Birdman, The New Christs, The Lime Spiders, Mick Medew and The Mesmerisers, The Flaming Hands, The Johnnys. and The Soul Movers. 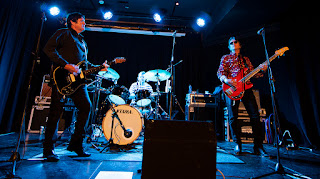 Glenn and Brian grew up in a musical family (we hope to include one of their elder brother Johnny’s songs on our next release) listening to The Beatles, The Kinks, and the Who. Clyde listened to those bands too, and you could throw in almost anything that was on the Australian Top 40 in early 1968. That would include Australian bands like The Masters Apprentices, The Easybeats, Twilights, Zoot, Russell Morris, Doug Parkinson In Focus and many more.

With no gigs on the horizon for the foreseeable future we are hard at work on our next album, which will consist mostly of new songs that we have already played live, plus a couple of brand new ones that we have yet to learn. We have no shortage of material and hope to have another full-length album out early next year.

Although the world is strange and difficult place at present, we look forward to being able to record and perform music that we enjoy for many years to come. And hopefully one day we’ll be able to take that, live, in person, to other countries as well.

Here is a link to The On and Ons album launch live-stream from Moshpit June 7th ’20. A full set including all the songs on the album.

Buy it from the good folks at Citadel Mail Order:
http://www.citadelmailorder.com/jsp/cmos/discs/on_and_ons_menacing_smile.html

Or directly from the band:
http://theonandons.bandcamp.com

Found this a month or so back. An excellent EP. Looking forward to a new full length album.