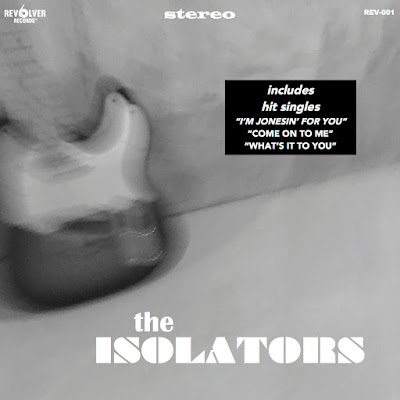 Matt Aquiline from Buffalo, New York is the mastermind behind The Isolators a project born out of quarantine which allows him to promulgate his songwriting, home recording, and delusions.

1) For the viewers of this blog who would not know you, What would you tell about you and your musical background to introduce yourself? Can you tell us why you preferred to use the moniker "The Isolators" rather than use your own name?

I can encapsulate most of my being by saying I’m your quintessential crotchety record store clerk. As far as my musical background, I’ve been a guitarist for most of my life, later delving into songwriting with some home recordings around the age of 18, but none took off like the Isolators. The project name was clearly rooted in the pandemic’s call for social distancing, but I also felt it had a nice ‘80's garage-punk ring to it. I decided to use the plural in anticipation of forming a band post-quarantine. But, I will not lie: it’s always a slight ego-boost when someone thinks the recordings are by an actual band.

2) About this self titled debut full length album,  what can you tell about the recording process? Was this a track by track recording with lots of overdubs? Do you play all the instruments yourself, including the drums?

The record itself was a very spur-of-the-moment thing. I had first intended to release just a few singles to pass some time in quarantine, beginning with “What’s It To You,” but inspiration struck and I soon had enough songs to fill up an album. As far as the recording process goes, I began by establishing a basis for each song with rhythm guitar and bass tracks. Then I’d decide on an, admittedly, semi-adequate drum track after countless takes, and lastly overdub solos/leads and vocals. 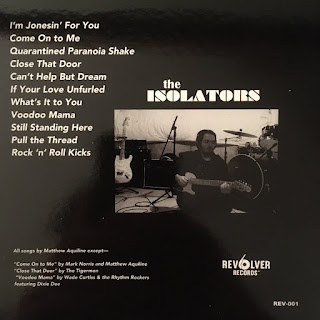 I used a few SM57s, a cheap audio interface, and Garageband in my basement for the entirety of the album. While certainly far from ideal, I’m still content with the final product. I’m convinced the power of tube amps can breathe life into even the most digital of recordings. However, analog recording is certainly something I’m dying to try and will undoubtedly be attempted in the future.

4) How would you describe the music you're playing? Do you call it "60's garage" or do you consider there is much more to it?

I would say that ‘60's garage definitely reigns as the underlying spirit behind the songs. While, at times, the album deviates from bare-boned rock’n’roll, most evidently in the countrified “Can’t Help But Dream” and the Byrdsy jangle of “Still Standing Here,” I still attempted to inject some stylistic hallmarks of ‘60's garage rock, whether that be a tremolo lead, or an inappropriately overdriven rhythm guitar.

Most of the songwriting on the album derives from my time in the school of Nuggets and Pebbles. By that, I mean your typical songs of love, lust, and lack thereof. However, the mental toll of quarantine certainly contributed to the delirium and self-loathing of some tracks.

6)  Do you have a video on youtube featuring a track from the CD??

No videos as of now.

7) Are there any bands in The USA today you consider yourself close to musically speaking?

It sounds a bit pretentious, but I truly don’t listen to many “new” bands. I seem to be perpetually stuck in a trend of backwards discovery. However, when I do listen to more recent bands, they tend to be fellow ‘60's garage revivalists such as the Reigning Sound, the Greenhornes, or the Mystery Lights. 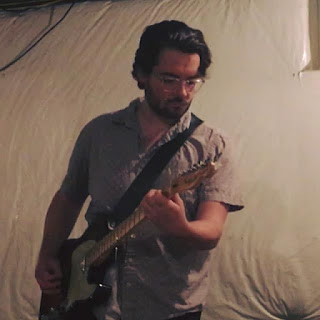 8) To what kind of music did you listen to as teenagers? What were your favorite bands as a teenager? Name 3 bands that you consider still have an influence on your own work today.

As a rabid record collector from an early age, my musical horizons stretched quite wide as a teenager. The Shangri-Las, the Flying Burrito Brothers, and the Monkees were, and still are, as important to me as the MC5, 13th Floor Elevators, or the Stooges. The Isolators quickly became a vehicle to explore adaptations of rockabilly, country, blues, pop, and soul with an overarching garage attitude. Moreover, I was galvanized by Buffalo/WNY’s fabled garage rock/punk heritage, including the Good, the Jumpers, the Splatcats, the Ramrods, Girlpope, the Chesterfield Kings, the Rogues, and many, many others. As far as bands holding the most overt influence on the Isolators’ sound, I’d definitely single out the Flamin’ Groovies, the Real Kids, and the Seeds.

Definitely writing more material and recording. Perhaps enough to fill out a single or EP by the end of the year.

10) Do you intend to put a "live" band together to play these songs in front of an audience? Are you gonna play any famous cover songs during the gig?

Yes! A band is currently in the works, including Mark Norris, with whom I co-wrote “Come On to Me.” Covers will definitely be an integral part of the set list, ranging from obscure Buffalo sides to garage-punk versions of ‘60's hits. The covers list has already grown out of control.

Thanks for this opportunity and the interest in the album!

Get it here : https://theisolators1.bandcamp.com/album/the-isolators-mono
Publié par ratboy69 à l'adresse 10:06 AM