Goin' Places - Save the World 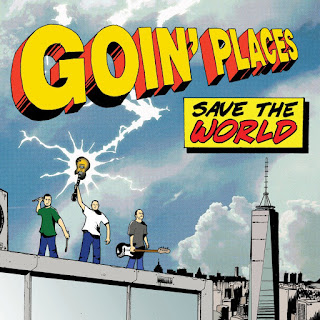 Formed in May 2000 and hailing from Staten Island, New York, GOIN' PLACES is moving at its own pace. They released their first record, "Girl Songwriting 101" in October 2002. Played some shows, made some movies. Released their second record, "Relationship Sneakers" in February 2012. And now in 2021, their latest and greatest:  "Save The World" including 16 brand new songs! Time for your favorite blog to talk to these guys. Here it goes:
1) For the viewers of this blog who would not know you, What would you tell about Goin' Places to introduce yourselves? How long are you guys together as a band?  Who is playing what instrument in the band nowadays?

Richie:  I'm Richie Holes.  I play guitar and sing in Goin' Places.  We are a band that started out writing just-for-fun type music.  The songwriting developed and grew over time.

Frank:  Goin' Places is a pop punk band from Staten Island, NY.  We formed in May of 2000 and have had the same lineup from the beginning.  I'm Frank and I play the bass.

Victor: We started playing music we loved 20 years ago and still are playing the same type of music today.  I'm Victor and I play drums and sing. 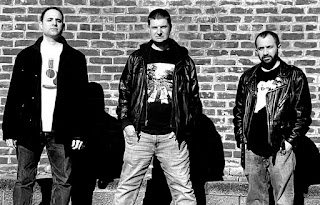 2) About the latest released full length record "Save the World",  what can you tell about the recording process? Was this a "live" in the studio recording or a track by track recording with lots of overdubs?

Frank:  "Save The World" was recorded over several months in 2019 at Richie's studio, Good Good Studios.

Richie:  "Save The World" was recorded track by track, just like our previous 2 albums.  The album is consistent with the traditional rock stereo sound:  Drums, Bass, Vocals, Lead Guitars in the middle, Rhythm guitar #1 on the left, and Rhythm guitar #2 on the right.

Victor: Not a lot of overdubs just lots of hard work to get it the way we wanted it.

Richie:  We use digital recording technology.  All of our recordings were digital, going back to "Girl Songwriting 101" and "Warm Up".  Analog is pretty awesome as well.  We just started at a time where digital was the way to go.  These days, as someone who loves technology (even outside of music), recording digitally is a no-brainer for me.

Victor: Richie is a master with the digital technology.   He does amazing mixes.

Frank:  This has varied from album to album.  Our first record was written mostly as a group at practices.  Our 2nd album featured more songs written as individuals (approximately 75% were written by Richie and 25% written by Victor).  The new album was written entirely by Richie.

Richie:  Yes, though Frank did write the lyrics to "Live Those Times". 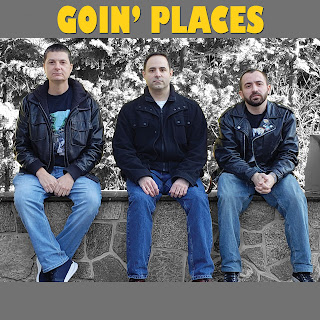 Victor: There are no specific topics that I have in mind when I write.   Whatever inspires me at the moment when I am in a writing mood gets written.

Richie:  For me, it's usually something that bothers me.  A few examples come to mind: not getting the girl, anxiety, regret.

Richie:  I still listen to the same music I did as a teenager: any kind of rock - punk rock, pop-punk, rock n roll, rock, etc.  My favorite bands are still Green Day and the Beatles - but I also love many other bands: Screeching Weasel, MTX, the Queers, NOFX, the Beach Boys, Guns N' Roses, Bad Religion, and the list goes on and on...  The 3 bands I consider that still have an influence on our work today:  Green Day, the Beatles, Screeching Weasel.

Frank:  Bands like Green Day, the Ramones, Screeching Weasel, the Queers, Mr. T Experience, Huntingtons, Riverdales, as well as older groups like the Beatles, Buddy Holly and the Beach Boys were a big influence on me back then and still are today.

Victor: I agree with Frank.  I grew up listening to the early 90's rock on the radio such as Nirvana and Green Day.  I got into the Lookout bands after that and I never turned back.  I still love listening to the bands from that era and music that was inspired by it.

Frank:  We have released several promo videos for singles from the new album, including 2 lyric videos and a traditional music video.  They can all be viewed at https://www.youtube.com/user/GoinPlacesMusic

8) What can concert goers expect at a Goin' Places gig? Are you playing any famous cover songs during the gig?

Frank:  A typical Goin' Places show is usually a high energy 30 minute set featuring 13 or 14 songs.  Our setlists mainly feature our own material, but we usually throw in at least one cover song to keep things fun.  We have been known to cover the Beatles, Screeching Weasel, Chuck Berry and a few others.  We have also played some special shows over the years where we did complete cover sets of different groups or genres.

Richie:  You can also expect the unexpected.   We try to come up with new things to keep it fresh.  In the past, we've had random merch giveaways, our own olive oil brand, a poster of a certain commercial soft drink girl, Beatles wigs, suits, special guest vocalists, pretend guitarists, and more. 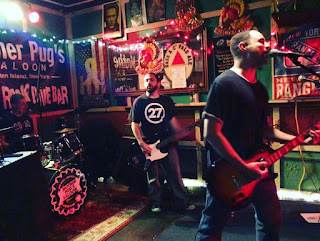 Frank:  As far as active bands, I think we have some things in common with bands like the Beatnik Termites, the Mr. T Experience, the Huntingtons and the Queers.

Richie:  "I would also add Screeching Weasel and the early sound from Green Day".

Frank:  We just want to promote our new album "Save The World" as much as possible right now.  Since shows aren't happening anytime soon due to Covid, we are relying on interviews like this to help us spread the word.

Richie:  We hope to be able to play a show in 2021 if the world opens up this year.  It will be our official record release show, even if it's months after we released "Save The World".  Songwriting has begun for our next album.  I'm excited about the future of Goin' Places. 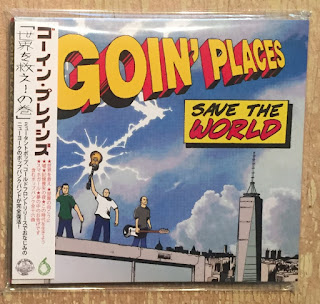