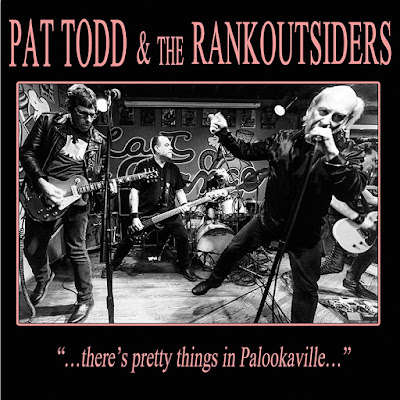 Hound Gawd! Records in Germany will be releasing next week "THERE'S PRETTY THINGS IN PALOOKAVILLE", the latest full length effort by PAT TODD & THE RANKOUTSIDERS.
As most of the viewers of this blog might know, Pat Todd & the Rankoutsiders are a Los Angeles, California-based  rock band.
The group was founded by Pat Todd, the former lead singer of the Lazy Cowgirls after their break up in 2004.Read all about it here, in a rare Pat Todd interview.
1) Pat, I know you are more interested in the "now" than in the past, but I think it's almost impossible to start this interview without at least mentioning that you were the frontman of the LAZY COWGIRLS for over two decades. Round 2004, however, the Cowgirls came to an end. Did you want a radical change by then? And what, according to you, makes the big difference between the LAZY COWGIRLS and Pat Todd & The Rankoutsiders? Can you also introduce the other members of the Rankoutsiders and tell us what instrument they are playing?

The Cowgirls ended near the end of 2004 after Japanese & USA tours - a couple of the guys were leaving & I had to decide what I was gonna do - I could’ve just replaced them & kept the name but I decided my name should be on it since it’s really always been my band since the start & I liked the Rankoutsiders as a band name, hence Pat Todd & the Rankoutsiders - and I wanted to wipe the slate clean & start again -  I’d been thinking about asking Nick Alexander to join the Cowgirls so when that ended I asked him to come on board & then we started looking for people while he & I started learning all my new song in my bedroom - this all started about the middle of 2005 & our first show was in early 2007 - as far as the sound & the music I feel like we just kept on the road that I was already going down - a mix of rock’n’roll roll , punk , blues , country & folk - I just wanted to stay inspired & keep getting better & to find other “ lifers “ like my self who wanted play music , not waste time , & to have a life in music - people who wanted to record & play live as much as we can & to stay inspired & grow , & not care about the world thinks one way or the other - the Rankoutsiders are , me on vocals , harmonica & a little acoustic guitar - Nick Alexander on guitar & vocals - Kevin Keller on guitar & vocals - Stephen Vigh on bass guitar & vocals - Walter Phelan on drums & percussion 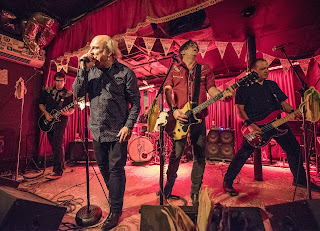 2) In 2006, Pat Todd & The Rankoutsiders debut album, «The Outskirts Of Your Heart» came out as a double CD and 10 years later, at the very end of 2016, the German label Hound Gawd! released it for the very first time on vinyl. How come it took so long? Was the time right in 2016 for a vinyl release and not in 2006?

Actually  “ The Outskiters Of Your Heart “ cd was released on my label Rankoutsider Records in September 2006 as a double cd - the reason it wasn’t released as an album is because I just didn’t have enough money to do it - it’s the same story for our second cd    “ Holdin’ Onto Troubles Hand “ - we didn’t release an LP until our 3rd “ 14th & Nowhere” ( all of these were on Rankoutsider Records ) - we met Oliver of Hound Gawd! Records after that & he went on to release our next “ Blood & Treasure “ & our last one  “ The Past Came Callin’  “ - it was Oliver’s idea to release the “ Outskirts “ as an LP ( it’s also planned to release “ Troubles Hands “ as a double LP sometime).

3) About your latest CD/LP "THERE'S PRETTY THINGS IN PALOOKAVILLE", what can you tell about the recording process? Was this a "live" in the studio recording or a track by track recording with lots of overdubs? Can you also explain the choice of the title?

We record live in the studio with me singing , but if we need to redo a guitar, bass  or lead vocal we do & then we do the background vocals after - we try & keep it as real as we can , but we’ll do whatever we think is best for the songs - no hard & fast rules - as far as the LPs title “ there’s pretty things in Palookaville “ goes it’s the first phrase of the song  “ Read’em & Weep “ & I thought it was a good title , but you probably wanna know what it means to me , well I drive around Los Angeles for my job & you see the everyday world & all its people ( that’s Palookaville ) but if you look closely you can see a few beautiful things there ( sometimes people & sometimes ideas )

4) Do you use the nowadays recording technology or do you guys only work with analog machines in analog studios?

We record digitally - we can’t afford to use tape.

5) To what kind of music did you listen to as a teenager in Indiana and does it still influence your
today work? What was your favorite band as a teenager? Name 3 bands that you consider still have a influence on your own work today. 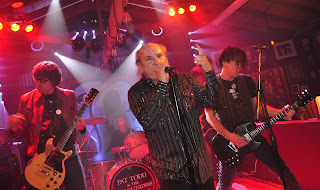 I’ve been a music fan since I was a kid - my mom played records & had the radio on all the time - I would have to say that my main influences would be the last 100 years of music focusing of rock’n’roll, punk , blues , country & folk like I said before ( they’re all the same to me anyway ) - as far three favorites I have to say The Rolling Stones , Bob Dylan & the New York Dolls as I think they all contain all that I mentioned before.

6) As the main composer in the band how do you work? Do you come at the rehearsal with a full prepared song (music and lyrics) or is everybody involved in one way or another?

I usually bring in songs already written, music & lyrics done but not always - I always have at least the vocal idea & the melody & the basic arrangement but everybody contributes - I wanna hear everyone’s ideas, it makes it fun & gets everyone involved - but it all comes down to my decision, I have to like & believe in the song & feel it has some of “ the truth “ in it or I just can’t do the song.

7) When starting to write a new song, what is your favorite topic/topic that comes easily?

8) Is there any video on YOUTUBE made to promote one of the songs of the "HERE'S PRETTY THINGS IN PALOOKAVILLE" album?

No , we wanted to get some kinda video together for a couple of songs but COVID put a stop to that - maybe next album. 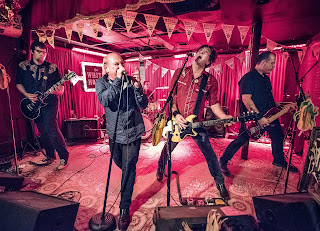 9) What can concert goers expect at a Pat Todd & The Rankoutsiders? Are you playing any famous cover songs? By public request, are you every now and then playing a song from the LAZY COWGIRLS records or is this totally out of the question? When the Rankoutsiders play live it’s a pretty high energy type show - we try to give it all we’ve got - we don’t do any Cowgirls songs - in the Cowgirls we always moved forward & the Rankoutsiders do the same - you’ve got to play the music that you wanna do & not be a jukebox - to me it shows  respect for anyone who listens to the band - I think nostalgia is the enemy of any kind of truth & art - the past can be great but I can’t see living in it even though a lot of people want you to do that.

10) In your discography I noticed a similarity between the very beautiful artwork of "Blood and Treasure" and the artwork used for "A little sex and death" CD? Is this by the same artist? Are you particularly interested in Pulp Covers art?

Yes it’s the same artist , but it was a happy accident , it wasn’t planned -& yes I like this kind of art but don’t want it to become something everyone expects from us - both pieces of art just happened to fit the titles of each of those albums - I do like pulp art but I also like all kinds of art, from fine art to low brow. 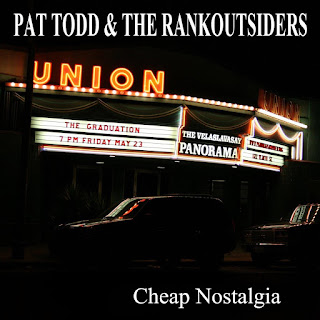 11) Are there any bands in the USA today you consider yourself close to, musically speaking?

No not really , but that being said I guess we are part of the worldwide rock’n’roll underground ( whatever that means ) & I enjoy being part of that.

12) What are the plans for the rest of 2021 as far as Pat Todd & The Rankoutsiders are concerned?

In 2021 we hope to start playing shows & get to Europe & any other part of the world we can - we’re gonna be releasing a few singles & EP’s this year in England , Spain, Italy , Poland & the USA - we have about 30 songs in the can that we're working on for these releases & for our  next album.

We hope to see & meet you all down the road

The LP will be available in regular black vinyl or in a limited edition on pink vinyl.

Special Thanks to Oliver for making this happen.