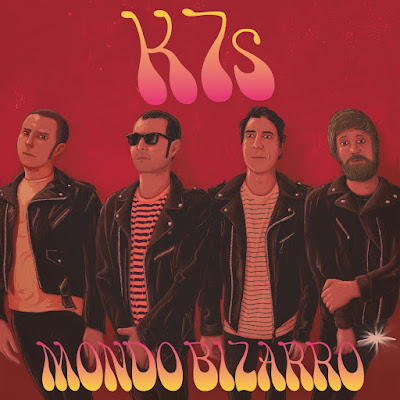 In their own words, K7s are a Pop Punk band from Spain. Their sugary sweet, hook laden, power-chords, encompass elements of punk, power pop, and garage rock. Throw a dash of Ramones, a sprinkle of MTX, a touch of Green Day, The Queers and The Muffs into a blender, and you’ll get where they are coming from.
So one day or another these guys were bound to cover a RAMONES album. Read all about the reasons why they picked MONDO BIZAZZO in particular.
1) For the viewers of this blog who would not know you, What would you tell about K7s to introduce yourselves? How long are you guys together as a band?  Who is playing what instrument in the band nowadays?

KURT: Hi, I'm Kurt! I've known Luis for many years and we are good buddies. One day he asked me to play some bass on a ton of songs he had written and eventually that became K7s. Normally I play bass, but for the "Mondo" record I just sang vocals because I had leant my bass to a guy I know, and then Spain went into a covid lockdown immediately after so I had no way of getting the bass back until many many months later. Fun story, I know! haha! 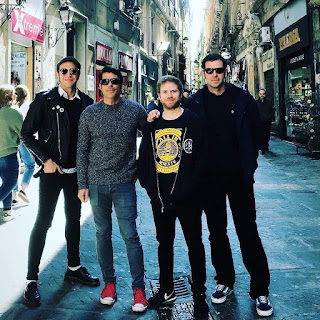 LUIS: K7s started as a project I had with Jose Andres (drummer in a well known spanish band, called “Airbag”). We wanted to record some songs together just for fun. I started writing some tunes and they came out very fast so I decided to write some more. When we had enough material I talked to Kurt to see if he could check the lyrics for corrections. He loved the songs and I asked him if he wanted to join the band right away. We recorded the first bunch of songs in 2017 and we were so happy with the result that started sending the songs to some labels (Lou at RumBar Records, Stefan at Stardumb Records and Ryan at Jolly Ronnie Records). That’s how it all started. It all came in a very natural way not having any expectations at all. After “Take 1” was released, I asked Raul Artana to join us as second guitar.

2) About the latest released full length record "MONDO BIZARRO",  what can you tell about the recording process? Was this a "live" in the studio recording or a track by track recording with lots of overdubs?

LUIS: It was a track by track thing with everyone recording their parts at home and sending them to me. I had no previous experience producing an album, but we had some much time on our hands ‘cause of the quarantine that I could learn a bit how to do it. I’m so happy with the result. Maybe it was beginner’s luck but I think it sounds pretty good, don’t you think?

LUIS: Usually, we like to do a mix between analog and digital technology but this particular record had to be 100% digital ‘cause of the situation we were in.

4) MONDO BIZARRO is certainly not the best know RAMONES album. Why did you guys choose to cover this one in particular? 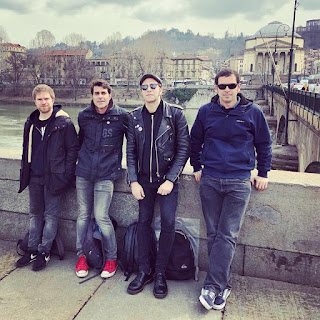 KURT: It might not be the best known RAMONES album, but for me it's definitely one of their best records. It doesn't have much filler, if any, and SIDE B is just flat out awesome. The songs, the performance and the production is top notch. I think this album doesn't get the respect it deserves because it was one of their later albums and probably a lot of folks considered the RAMONES "past their prime", but the irony is that they actually made one of their best records in the 90's, not the 70's! Well, that's my opinion at least. I think we all agreed that this would be a great album to cover because 1. We all love this record and 2. Nobody had recorded a tribute to it yet to our knowledge.

LUIS: MONDO BIZARRO is an amazing album. The albums the RAMONES released in the second part of the 80s weren’t as solid as their previous efforts and then, when nobody was expecting anything from them (remember Dee Dee had left the band by then), they released Mondo. Amazing songs, great sound and new energy coming from the “new guy”, CJ Ramone.

5) What is your favorite song on this Ramones album?

KURT: That's a tough one. It's a toss up between "I Won't Let It Happen" and "Strength to Endure". Or Maybe "Poison Heart", or "Tomorrow She Goes Away". I hate these types of questions, lol.

LUIS: “Posion Heart” would be the obvious choice as it is one of my favorite Ramones songs, but I also love “Censorshit” and “I Won’t Let It Happen”. But it is so hard to choose ‘cause I think it is a perfect album.

KURT: ABBA, Cheap Trick, The Beatles. I loved those bands as a teenager, and I still love them today. Extremely influential to me.

LUIS: I started really appreciating music listening to The Beatles when I was 10. I started to search for similar bands from the 60s like The Kinks, The Who or The Beach Boys. A couple of years later, a friend of mine gave me a cassette tape with Ramonesmania on it. That moment changed my life. 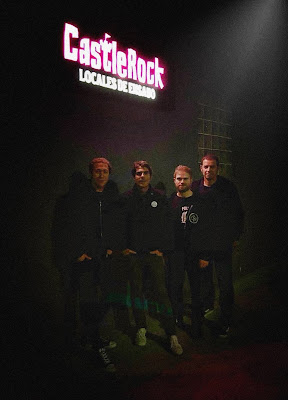 KURT: I'm not sure we do. If anybody wants to make one for us that would be cool!

LUIS: It is so hard for us to get videos done. We all live so far away from each other. Jose is in Malaga, Kurt in Madrid and Raul and I in Castellon. When we get together we record or play shows, no time for promo stuff, but we will find a way to work it out in the future.

8) What can concert goers expect at a K7s gig? Are you gonna play this covers album in full.

KURT: Is there such a thing as a "Concert Goer" in 2021? Hahaha. I'd like to meet them! But seriously, in the past when we've played live, our shows are fun, fast and full of energy. Pogo time! It would be really cool to do "Mondo" live in its entirety! Someday! Fingers crossed.

9) Are there any bands in the Spain today you consider yourself close to, musically speaking?

LUIS: The problem in Spain is that the english level is not very good. So bands mostly sing in spanish and that way it is hard to be heard outside the country. We have some great bands like F.A.N.T.A. I’m pretty sure if they sung in english they’d be a huge band internationally. The Budweisers release a great album on 2020 and they do sing in english.

10) What are the plans for the rest of 2021 as far as K7s is concerned? Are you preparing a record of your own songs?

LUIS: Yes, we’re working hard on the follow-up of “Take 1”. We already have a lot of songs but need to write some more so we can choose the best of them. It is a long process but I think the more songs you leave out, the better album you get. And that’s what we’re trying to achieve, a great album.

Regarding live shows, I don’t think we’ll be able to do anything until 2022. A punk-rock show can’t be done with social distancing so we’ll wait until we can do it properly.

KURT: Keep on rockin'! Thanks!