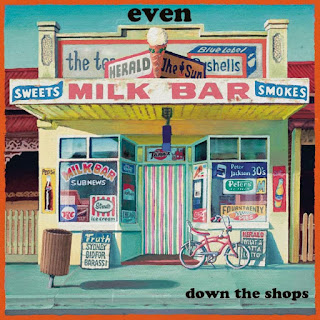 Wally “Meanie” Kempton took the plunge in 2018 and launched his record label Cheersquad Records & Tapes. Since then he has released new material from acts such as The Meanies, Immigrant Union, Chris Wilson, Jasmin Kaset, Money For Rope, Nick Craft, Minibikes, The Rinehearts and Los Chicos, along with limited edition vinyl releases of older material from Snout, Sandpit and The Level Spirits.

1) For the viewers of this blog who would not be aware of Cheersquad Records, what would you tell to introduce your label?

Cheersquad Records & Tapes is a passion project that I dream to make a living out of someday soon. Mainly vinyl and digital with the occasional cd, but ironically enough, no tapes…. It’s a healthy mix of new releases and reissues of older acts from the nineties who didn’t do their albums on vinyl the first time around. The only rule of thumb is that I’m a fan of the act.

2) Can you tell when you started it all and why? Was this an out of the blue decision or were you thinking about starting your own label for quite a while? 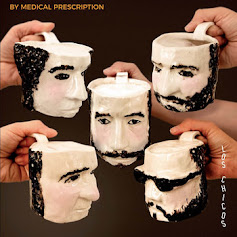 - My first release was September 2018, a fantastic Spanish party rock band called Los Chicos. I was promoting their Australian tour for that November, they had a new record ready to go, I said I’d release it locally so they wouldn’t have to bring stock from home and there you have it. I’d decided to start the label prior to that though really. I manage a couple of acts that had new albums in the can, Minibikes ‘ ready Dreams’ and Money For Rope ‘Picture Us’, albums which I thought were totally amazing but I couldn’t find a label interested in releasing them so I thought fuck it, I’ve always wanted to have my own label, now seems as good a time as any to start one.

3) Do you run Cheersquad Records on your own or do you have some helping hands?

- It’s pretty much me with a lot of help from my pal Mirjam Adelaar, she’s the only one on the payroll. I’d be pretty stuffed without her, she’s does all of my online stuff. I just do the talk shit part!

4) Is this a full time job or do you have a regular job on the side? In your opinion, is it easy to run an independent label nowadays?

- I want it to become my full time job. As a result of fucking Covid I lost all of my other work. I was a tour manager and driver, a musician and artist manager but it’s all dried up for now because of you know what. So the label is all I have so I’m hoping it becomes all I need. I’ve also started learning all about music publishing because I also started a joint venture with a publisher (GaGa Music)and called it Cheersquad Music Publishing. As for 'is it easy these days'? I’ve no idea cos I have nothing to compare it to as it's my first time. I imagine it would never be easy. I got asked yesterday in fact, did I start a label because of an intense love of music or a hatred of myself!! It’s great fun but it’s hard work. 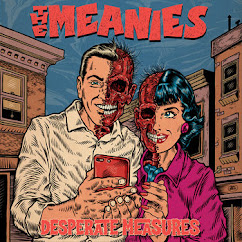 5) I own various previous EVEN cds that were obviously manufactured and when I compare
them physically to the new one and can't shake the feeling that they are not the same. Like if the newest one is not actually manufactured but home burned? I'm I correct?

- I’m actually not sure what you mean, let me look into that. Could it may be cos I ordered only a small amount it was duplicated and not replicated? Or is that the other way around… Either way, it wasn’t intentional.

6) Let's talk about co-releases. Are co-releases a necessity today for smaller labels (as opposed to majors)? Have you ever consider it for Cheersquad Records?

- The albums by Los Chicos and Money For Rope were co-releases with UK and German labels respectively and I have one coming up too that hasn’t been announced yet so I can’t say who it is. Never out of the question.

7) About your personal tastes in music: To what kind of music did you listen to as a teenager? What were your favorite bands as a teenager? Name 3 bands that you consider still have a influence on your own work today?

- I pretty much listen to anything except rap, hip hop, modern R&B and Guns ’n Roses. Everything else I give it a crack. I couldn’t possibly narrow it down to 3 bands though, sorry! They’d change daily. If it’s got a melody and some harmonies you’re on the right track.

8) Do your personal tastes always guide you when you decide to release a new record? Have you ever been tempted to sign a band because you thought I might be "good" for the sales of the label even if you did not actually liked the band you signed?

- The label is all my personal taste!

9) What are the plans for the next releases in 2021 as far as Cheersquad Records is concerned?

- I have a beautiful, lush, pop album from local artist Nick Batterham coming out in April called ‘Lovebirds’. It really is something. Then local singer songwriter Cahill Kelly has written a cracking debut album called ‘Classical & Cool Jazz’. It’s a ripper. Although it’s neither classical or cool jazz so I’m unsure how that’s gonna work title wise, will have to wait ’n see. Link Meanie has a project called BAGFUL O' BEEZ that he’s working on and it’s amazing. All over the place stylistically. Of the 25 tracks he’s given me I’ve asked for his favourite ten, then we’ll put it out. Come to think of it, has anyone ever had a debut album that was a double? Might look into that…. I have a few reissues that I’m trying to make happen with Aussie bands such as Underground Lovers, The Fauves, Dallas Crane, Dan Sultan and The Living End and I’m in talks with an American artist I dearly love and hope to put his newest release out locally come November, announcing that soon I hope.

10) What can you say, more specifically, about the latest releases of two bands that must be dear to your heart because you are personally involved in as a bass player: EVEN and The MEANIES? - I love them both! THE MEANIES one is potentially the most solid and consistent release we’ve done across our 30+ years as a band. Mind you, I said that about the previous one too… The EVEN one is a collection of cover songs that we’ve released over the years as b-sides and the like so that one was just for fun really. Great songs though. Both bands are working on new albums as we speak. THE MEANIES one will come out on Cheersquad, not sure where the EVEN one will end up.

PURCHASE ALL THE GOODIES HERE: https://www.cheersquad.com.au/