DEE RANGERS - "All You Need Tonight" on LOW IMPACT Records 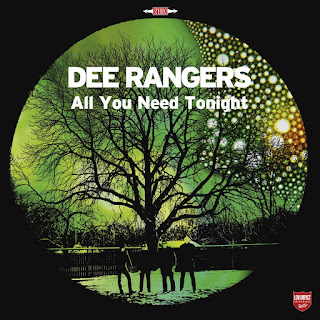 Some months ago, LOW IMPACT Records released "All You Need Tonight" the seventh album by the Swedish veterans DEE RANGERS. This band is getting better by the years and delivers a full-blend of 60's Garage, Pub rock and Power Pop. This latest album is probably their best so far and contains 12 originals tracks penned by the band and one cover ("Older guys") from the Flying Burrito Brothers. All the songs are catchy as hell and will you keep humming for the rest of the day.
So it was time for this blog to have a very enlightening conversation with bass player Johnny who is in the band since day one.

1) For the viewers of this blog who don't know you, What would you tell about DEE RANGERS to introduce yourselves? How long are you guys together as a band? Who is playing what instrument in the band? 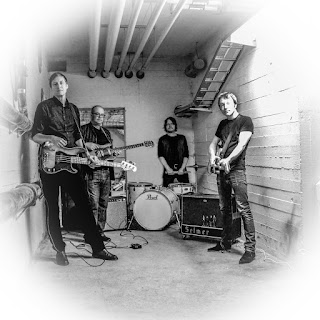 Hey there, thank you for your interest in our band. Dee Rangers have been around since the winter of 1994/95, when guitarist Nicke and bassist Johnny decided to start a new outfit to help resuscitate the punk/garage movement, that had been a little sleepy since the heyday of the mid to late 80’s. Johnny was already an experienced garage rock player, from his years with the Maryland Cookies. They eventually found a drummer in Ulf, who was also a Cookie, and a singer, Per, who unfortunately left the band due to youthful delusions of musical grandeur.

With Mike (also a former Cookie) at the mic, they burst onto the scene with the first EP ”This Is Not The Modern World” on the world famous Estrus label. After a few more singles and EP’s, they recorded two albums, ”So Far Out So Good” (2001) and ”Pretty Ugly Beat” (2003) for the White Jazz label, before parting company with Mike and re-enlisting Per on vocals in the summer of 2003.

Also, between 2003 and 2007, the band could count on the ever hip organ player Parsley the Lion - who merits an article all of his own - but for the last twelve or so years, the band has consisted of Johnny on bass, Nicke on guitar, Uffe on drums and Per on vocals and guitar, and together we’ve recorded another five albums and a handful of singles and EP’s.

2) About the recently released record "All You Need Tonight", what can you tell about the recording process? Was this a live in the studio recording or a track by track recording with lots of overdubs?

We recorded the album with our good friend Stefan Brändström in his studio The Dust Ward in the old town of Stockholm. We always start with the basics; bass, guitar and drums, whereupon we add vocals and any other extra bling we want. We’re very happy with the recording, and we hope to work with Stefan again in the future. 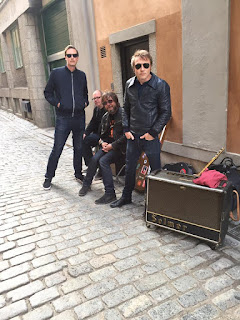 We definitely want to record as much as possible in the analogue domain. For instance, we’ve been to Jorge Explosion’s fantastic studio Circo Perrotti in Gijón a bunch of times. He doesn’t have anything this side of 1970, or something. The Dust Ward is a similar place, chock full of old technology, and of course Stefan’s expertise; we loved it. We used our own amplifiers, that we are comfortable with, and that sound amazing.

4) Powerslam II, Powerslam III and now Powerslam VI on the latest record. First, what happened to the other Powerslam (I, IV, V)? Second, Will there one day be a record with nothing else than Powerslams?

The first Powerslam was included on the first EP, and the fourth is somewhere … we don’t know, but number V is on the Take Me Home EP, and is supercool. As for a possible instrumental album, we don’t think it’s in our near future, as we like to sing pretty words for all the boys and girls.

5) What are your favorite topics to write about or the topics that come easily when you write a new song?

Anyone who’s ever heard an album by the Dee Rangers knows that our songs are predominantly about girls, lack of girls, and the joys and troubles they bring. We’ve never been very political or otherwise topical, with maybe a few exceptions. The lyrics are important, but not the be-all-and-end-all that maybe other writers and singers think. If you actually bother to listen to the lyrics, you’ll find a lot of honest emotion, and some really good rhymes. Per won’t sing anything he doesn’t like, but at the same time it’s only rock’n’roll.

6) Is there a main composer in the band or is everybody involved in one way or another?

Our most prolific writer is Johnny, hands down. On the new record, he’s responsible for more than half the songs. Over the years, everyone has contributed; sometimes we strike gold, other times not so much. Once a song is presented to the band, we all shape it with our playing and suggestions for arrangements and lyrics. It’s definitely a group effort, but every song needs a first idea from someone. And that could be anyone.


7) To what kind of music did you listen to as a teenager and does it still influence your today work? What was your favorite band as a teenager? Name 3 bands that you consider still have a influence on your own work today.

Per: my all-time favorites are the Ramones and The Saints, and bands like the Sonics, Hard-ons, Stooges, Radio Birdman, Lyres, Chesterfield Kings, Big Star, Replacements, Hüsker Dü, Mudhoney etc all had a huge influence on me; some of them still do. And loads of others as well. My sister Anna, who was in The Stomachmouths when I was a kid, bears responsibility for most of my musical formation. And I think the 15-year old me would like what he’s doing now.

Nicke: My first idol was Elvis and the song ”Baby , let's play house” blew my mind.

Johnny: My first album given to me by my parents was ”Well Respected Kinks” by the Kinks (still got my scratched copy), so the Kinks was my first favourite band. Bands that has inspired me during the years is The Sonics, Hoodoo Gurus and yeah..the Kinks.


8) Do you have a video on youtube featuring a track from the latest release?

Our label boss, Ollie, made an impromptu video in our rehearsal room, for ”I’m Your Fool”, which should be available on various video sites online.

9) Are there any bands in Sweden today you consider yourself close to?

We share a rehearsal space with The Maharajas, who we’re big fans of. They’re a fantastic band, full of talent and rock’n’roll. They’re almost a super-group. It’s cool that the best bands in the world share the same room. The only downside is they keep wrecking our gear. Every time we get down there something’s broken. Last night it was the fridge, a couple of weeks ago a drum-stand. What’s next, guys?

10) What can concert goers expect at a gig of DEE RANGERS? Are you playing any famous cover songs? 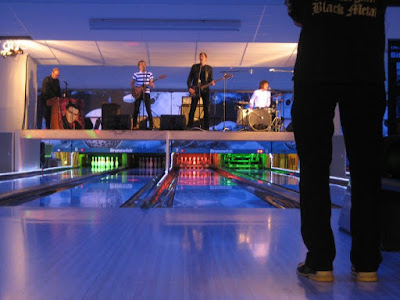 We always play a little bit of every album, we try to mix it up. And maybe we make a bit of an effort to play songs that we haven’t played in a while, so that it’s not always the same stuff. We’ve got loads of of our own songs to choose from, so covers are maybe not so important, although we’ve recorded and released more than a few.

11) What are the plans for 2019 as far as DEE RANGERS are concerned? Are you guys planning to tour Europe to promote this new record?

We hope to play live a bit, and we’re currently setting up a kind of a weekend tour in Germany with The Satelliters in May. That should be a blast. Our new album is more or less sold out, we’re told, but there’s a cassette version coming out, so get your walkmans out. Also, it would be fun to play festivals or whatever, wherever. Spain is always on or near the top of our list.

12) Anything you would like to say to the viewers of this blog?

We’re happy you like the album! We haven’t been to France in years, so our french is rusty, but we’d love to come back and fire up le moteur. Á bientôt!

A super album by a great band! Get it!