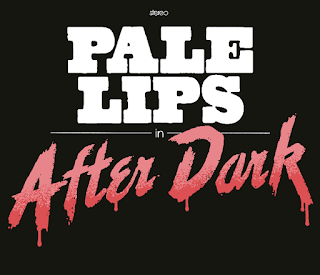 The PALE LIPS from Montreal Québec is an all girl band featuring Jackie Blenkarn on vocals and keyboard, Jamie Radu on bass and back vocals, Ilona Szabo on guitar and back vocals and Lynn Poulin drums. But of course, you already know all this since the girls have already been featured on this blog previously.

The reason for this second feature is the release , some weeks ago, on the Japanese label WATERSLIDE of their brilliant sophomore album "After Dark" full of  12 original Bubblegum Punk/ Power Pop/ Rock n' Roll tunes. So it was time for this blog to catch up with the PALE LIPS right in the middle of their European Tour.

1) What happened for you girls between the release of "Wanna Be Bad" and now?

We all broke up with our boyfriends and now have new ones! lol. Two of us are married. Lynn is getting married. Jamie moved to and from Germany and also her mom passed away. It was a very heavy couple of years for us but we are back on top!

2) About the new full length record "After Dark",  what can you tell about the recording process? Was this a "live" in the studio recording or a track by track recording with lots of overdubs?

Everything was done digitally by Ryan Battistuzzi. We did our pre production with him. He recorded and mixed the record. Jackie played keys on this record which was a first for us! We also had some guest musicians! We recorded it over two weeks in December of 2017. 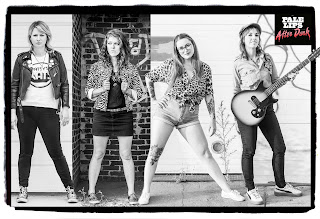 It depends what you want your band to sound like. There is a place for analogue and a place for digital! We use digital.

4) Did you all compose song for this newly released album?

Three of us wrote songs individually and then brought the songs to the band. The songs really become Pale Lips songs when we work them out together!

6) Is there a new video made to promote one of the songs of the latest album?

We made a video for You’re a Doll! Please check it out :)

7) Are there any new bands in Montreal you consider yourself close to these days?

New Vogue, The Hundred Steeples and Dirty Cheetah! We also are close with some older bands like Jonesy and Priors. Montreal has a nice scene at the moment.

We are trying to tour as much as possible! We’re on tour in Europe right now... driving through France at the moment actually!

9) Anything you want to add?

We are currently touring with Otis tours in Europe. We would like to give them a little shout out for always helping us to promote our band and our music. We love our driver Marco!

here are the tour dates: 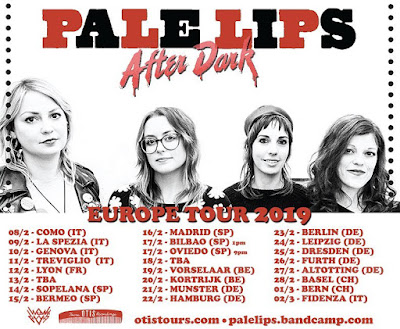 The Italian label SURFIN' KI has re-released their smashing debut album "WANNA BE BAD" pressed on 180g vinyl specially for the occasion of this Euro Tour. 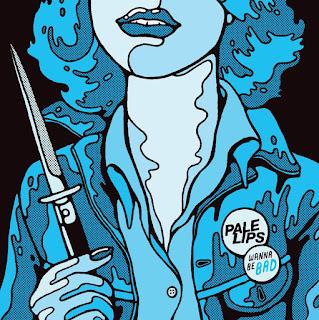