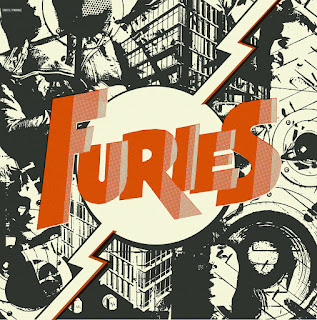 This glam influenced rock'n'roll trio hailing from Madrid, Spain, and led by lovely Maria Jimenez is delivering a very convincing debut full length. With pounding drums and steady bass lines, The Furies are the perfect playground for Maria to lay her guitar riffs and her hook filled vocals.

What you have here is 8 original songs all penned by Maria and 2 covers , one by Bob Seger and one by Ike and Tina Turner. The album is out on Teenadelic Records, an Independent Powerpop/Punk/ Rock'n'Roll record label based in Rome. This is very recommended!

1) For the viewers of this blog who would not know you, What would you tell about Furies to introduce yourselves? How long are you  together as a band?  Who is playing what instrument in the band nowadays?

María: It all started when Davide, the bassist, and me discovering glam music, which was something in the middle between the styles of music that we liked. I used to play blues and rock and roll, and he used to play punk so it was not very complicated for us to begin to play glam, since it has a lot of both styles. Then we started to compose what would become the first half of the album, found a drummer and went to record the EP in Rome. I think it was around 2015. We finished the second half of the album in 2017 with another drummer and then, we finally met Christopher Bongers, our latest drummer, who is much more related to the style of the band. 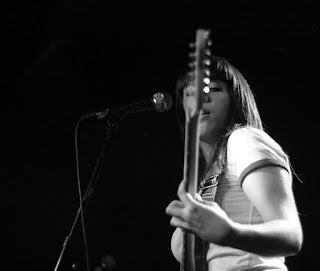 2) About the self titled debut full length record,  what can you tell about the recording process? Was this a "live" in the studio recording or a track by track recording with lots of overdubs?

M.: Both times we went to the studio we used the same process. First of all, we recorded the rhythm guitar, the bass and the drums all together. Once we were satisfied with the take, we recorded the main voice and the second guitar. Then we recorded the guitar solos, chorus, arrangements and tried things that came to mind.

M.: We’d really like to record with analog machines because we prefer that sound but it’s more expensive and requires having more experience in the recording studio. But, of course, it’s is something that we’d like to do.

M.: I always write the songs, music and lyrics, but it’s in the rehearsal room that we finished them all together. 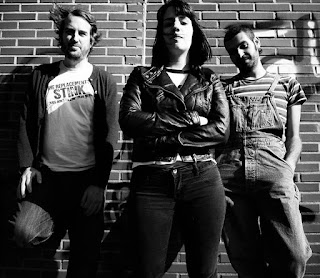 M.: I don’t think I have a favorite topic to write about but if something makes me feel angry then I’ll probably write a song about it.

6) Furies are sometimes described as a "glam" band. Do you agree with this label? Are you proud of it or do you consider there is way more than that?

M.: As I said before, glam was like our meeting point but the three of us listen to a lot of music so it’s inevitable that it is reflected in our music. Besides, bands must evolve, always in a smart and a meaningful way. I think that should be the natural development.

M.: Unfortunately, we don’t have it yet but we have a video of the European tour we made last year. So here is the full concert of 24.04.2018 at The Kulturak Klub in Bratislava

8) What can concert goers expect at a Furies gig? Are you playing any famous cover songs? 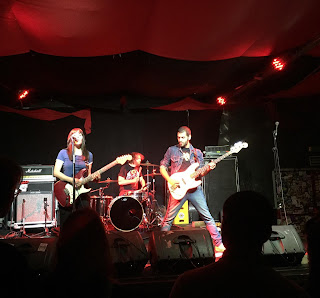 M.: A power trio that gives everything on stage because they are doing what they like most, playing new songs with a great influence of the music of the sixties and the seventies. We also play two covers. Nutbush City Limits from Tina Turner and Get Out of Denver from Bob Seger.

9) Are there any bands in Spain today you consider yourself close to?

M.: Thank you very much for you interest and if somebody wants to listen to us, they can do it here: