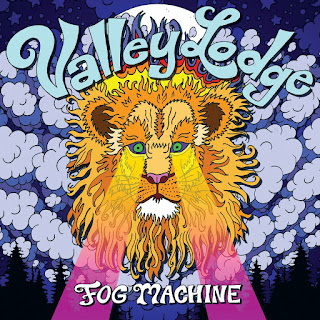 The latest Valley Lodge Album, "Fog Machine", was released a couple of months ago on Tee Pee Records. So the time was right for this blog to have a conversation with comedian / guitar shredder Dave Hill.
And if you ask yourself is this the guy from SLADE, the answer is no, though he clearly could have been. In another life.

1) For the viewers of this blog who would not know you, What would you tell about Valley Lodge to introduce yourselves? How long are you guys together as a band?  Who is playing what instrument in the band nowadays? 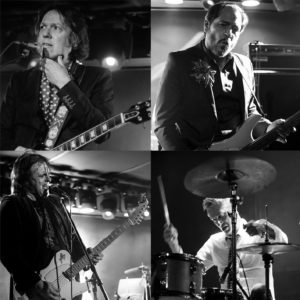 Valley Lodge is a rock band from New York City. I formed the band with my friend John Kimbrough (Walt Mink, Teen Judge) in 2004 and we made the first, self-titled Valley Lodge album together shortly after with our friend Zach Danziger playing drums. The band has evolved over time from there. John moved to Los Angeles and formed a great new band called Teen Judge. And now Valley Lodge is me, Phil Costello (Tragedy, Satanicide, Witch Taint) on guitar, Eddie Eyeball (2 Skinnee J’s) on bass, and Rob Pfeiffer (Sense Field) on drums.

2) About the latest full length record "Fog Machine",  what can you tell about the recording process? Was this a "live" in the studio recording or a track by track recording with lots of overdubs?

We recorded the album very gradually over the course of a year and a half or so with Tom Beaujour in Hoboken, New Jersey. We tend to record everything track-by-track. Because of everyone’s schedules, it’s hard to get us all in a room very often, so it’s kind of out of necessity. It would be fun to do it live though as that’s when we’re at our best in terms of overall rockability. 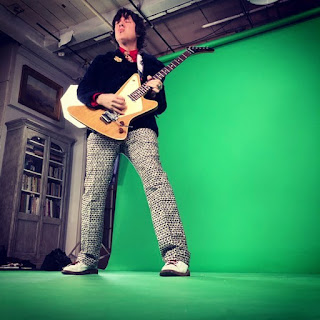 We love analog recording but it’s hard to even find a place where you can do that now. Plus, with
digital recording, you can send files around very easily and record in several different locations at once if necessary.

The first album, John and I each wrote a bunch of songs that put them together for the album. The second album was mostly me with John and Phil contributing a couple songs. And then the last two albums were written by me, usually at home in my underwear. But when it comes to playing and recording the songs, everyone puts their own spin on it. We don’t really tell each other what to do, so it’s exciting to see what everybody comes up with. In the end, the sound is definitely all four of us and not just the songwriter’s vision or anything. 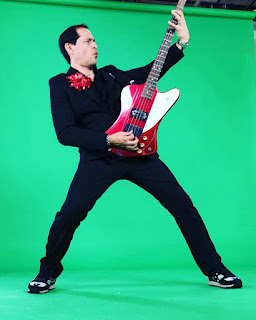 I tend to just go with whatever comes to mind. I don’t really have preconceived notions too much. On the new album, Fog Machine, there weirdly ended up being a few songs with maritime themes. Go figure.

6) Valley Lodge is sometimes described as a "Power Pop" band. Do you agree with this label? Are you proud of it or do you consider there is way more than that?

Yeah, I think that makes sense. The band is really inspired by Cheap Trick and Big Star and all that. And we’re really celebrating that kind of music. But there’s also glam rock and indie rock and metal and whatever else thrown in there. We just try to make music we would like to hear.

We’re making a few videos now that aren’t quite done yet, but the other day someone sent me this video a fan made, which I thought was pretty cool:

8) What can concert goers expect at a Valley Lodge gig? Are you playing any famous cover songs?

It’s a fun show. We rock out and wear tight pants and everyone in the crowd is making out to the point where it’s actually kind of distracting. We have played “Sentimental Lady” by Bob Welch a few times live, but that’s the only cover we know. 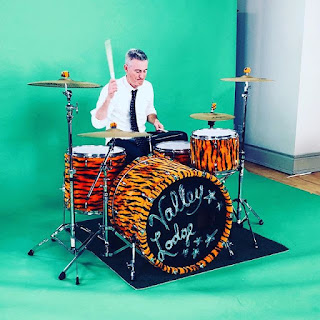 9) Are there any bands in New York today you consider yourself close to?

Yeah, we love Windbreaker, Tigers and Monkeys, Bird Streets, Happy Chichester, Falling Stars, and a whole bunch of others.

It’s important to stay hydrated. Everyone could stand to drink a little more water than usual each day. Also, be nice to each other!

Great post!!! All their albums are worth hearing, a fantastic band!!!!!!

Just knew them via spotify... amazing