The ODD NUMBERS - About Time re-issued on BEER CITY Records 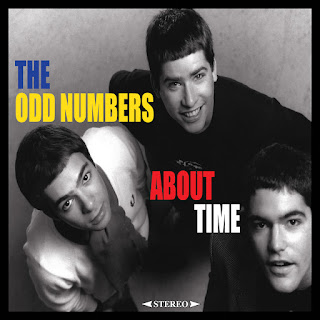 "About time" was originally released in 1990 on cassette. In 2000 the band secured a CD deal with Cold Front records and now for the first time it will come out on vinyl on BEER CITY Records and has been restored and remastered to sound even better.

The ODD NUMBERS are the first band ever to be interviewed twice on this blog but the re-issued of one of the best Mod/Powerpop debut albums of all times was certainly a good reason to have another enlightening chat with singer and guitar player Dave Baisa.

1) How did you guys come together and decided to start a band?  Were you all attending the same school or living in the same neighborhood?

Myself and Miller have known each other since kindergarden. We met Cummings When we were freshmen in high school. Yep all from the same hood. The music we liked is what brought us together.

2) Who was playing what instrument in the band way back in the days? Had you already some experience on your instruments or were these difficult beginnings?

I had some guitar lessons when I was 12 and got to a point where I knew all the cords and could play a bit. I would jam with some other guys from high school once in a while. One time Cummings came with me and the drummer wasn't there so he jumped on the kit. He just started ripping on them instinctively! It was pretty cool, we locked in that day and knew we had something! Originally we had a guy named Stan playing Bass but he was really highly strung and didn't last long. When he left we handed the bass to Miller and said start practicing dude cause your in the band! He started from scratch.
3) About the full-length album, "About time", do you recall the recording process? Was this a "live" in the studio recording or a track by track recording with lots of overdubs?

Recording About Time was a big deal for us. It was the first time in a real recording studio and we had a producer (Ray Stevens II) who had done a lot of pre-production with us which helped a lot. We did this one pretty much track by track. Drums and scratch guitar first then start layering it up. I think we did this one on 1 inch tape.

4) When you look back on how tracks were recorder back then and how the music is recorded today, do you consider it should be foolish not to use the nowadays recording technology or do you guys still work with analog machines in analog studios to this day?

The last record we made ("The Oddyssey") was done on pro tools but through a analog board and I think it sounds great. I think there's a million ways to make great recordings these days but you still need to mic the drum kit in a good live room and record it that way. We have been pretty loyal to tape up until the last record though. 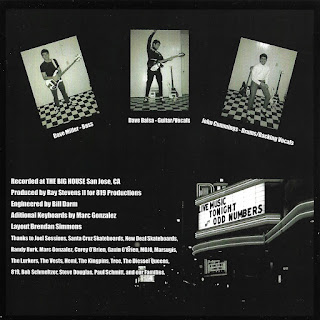 5) Was the newly re-issued CD/LP remixed or remastered?

It was remastered for vinyl but no remixing. As much as I'd like to remix some of that stuff I can't mess with the way those songs sound.

6) The bonus track "Between the two of us", was it recorded during the same studio sessions as the other tracks of the album? Was this a finished song or just a demo by you alone?

"Between the Two of us" was recorded in Minneapolis from that same time period. We did a full band version and a guitar and vocal version. We liked the starker vision, we were really into Billy Bragg at the time!

7) How did you secure the original deal with COLD FRONT?

It was the end of the 90's and we didn't have a record label but we wanted to make a new record so I started calling people and putting out feelers. Brett from Coldfront heard about it and jumped on us. He had been a fan since the first record and I guess he'd put us up on the road when he lived in Salt lake City.

8) How was a ODD NUMBERS gig way back then? Were you playing any famous cover tunes? Are you you still playing some of those songs today?

The Shows in the early days were great! We still have great shows but when your young and doing things for the first time the energy is crazy! The last time we played NYC it felt like the old days. In general playing live is still a big buzz for us. We always put a cover or two in our set but we've been together for so long there's to many to mention. 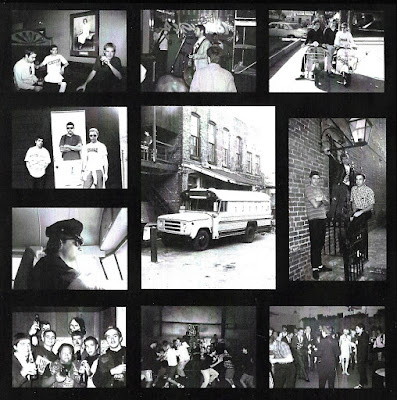 9) Were there any bands in San Jose back then you considered yourself close to?

In the early days of the SJ scene we were all tight. None of us sounded like each other but we all hung out together. There was Crash Course, The Spit muffins, The Diesel Queens, Hemi, the Kingpins.

Thanks for listening to us over the last 28 years and if you like this one check out our latest release 'The Oddyssey' and see where our rock n roll journey has taken us!

Great band. I ordered my copy on Ebay.