The Revox - In Mono 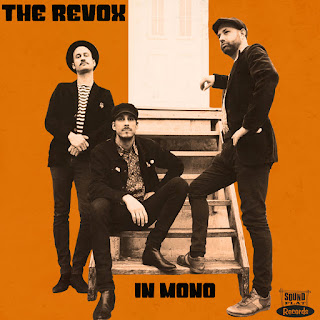 Hailing from Switzerland, The Revox is a 60's garage trio featuring Billy Hill (vocals, guitar), Buzz Fuzz (drum, back vocals) and Bernie Wildish (bass, organ, back vocals). Their third full length album was recently released on Soundflat records and contains 10 slices of raw and stomping Rock & Roll. Except for the cover of "Hey Joe", all the other tracks were penned by the band itself.

1) For the viewers of this blog who would not know you, What would you tell about The Revox to introduce yourselves? How long are you guys together as a band?  Who is playing what instrument in the band nowadays?

The Revox is a garage punk band from Switzerland, together since 2011. We already recorded 1 demo, 2 LPs (Lazy Sunshine as an autoproduction and In Mono on Soundflat Records), and one 7" (Talk About Her / Sick of You - Voodoo Rhythm Records). We played around 200 shows in Switzerland, France, Germany and England.
We are the same line-up since the beginning, Billy Hill - vocals and guitar ; Buzz Fuzz - drum and back vocals ; Bernie Wildish - bass, organ, back vocals.

2) About the debut full length record "In Mono",  what can you tell about the recording process? Was this a "live" in the studio recording or a track by track recording with lots of overdubs?

We recorded at the cool analogic Shirts Off Studio in Bern, with engineer Sebastian Zwahlen and producer Rob Butler, who used to play in the Miracle Workers and The Untold Fables to name a few. We recorded all the instrument live on tape and overdubbed the vocals, few guitar part and organ. It seems to be the best way to keep the band's energy. We couldn't imagine recording track by track, it would not be very rock'n'roll!!!!

3) On the back cover of "In Mono" it is mentioned that it was recorded in an all-analog studio in Bern but do you consider it should be foolish not to use the nowadays recording technology in the future or do you guys decided to only work with analog machines in analog studios? 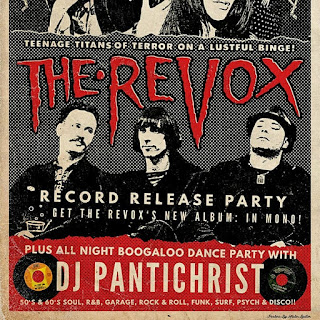 As we try to obtain the warmth of the 60's sound, it's logical for us to record on tape. We will continue to work like that in the future. Modern technology are great tools for many kind of music but maybe not the best for rock'n'roll and old school sounds. In garage punk there is a real feeling of emergency and the limitations of tape recording help us to keep it hot!

Billy Hill often come with a riff idea and we built the song together from there. Sometimes ideas come out of a jam in the rehearsal room or Bernie Wildish find inspiration behind the organ. Most of the time we can say that the final result is a band effort.

6) The Revox is generally described as a being a "60's garage" band. Do you agree with this label? Are you proud of it or do you consider there is way more than that?

100% ok with this label. We never tried to invent new kind of sound, we are just playing a music we all love.

7) Do you have a new video on YouTube featuring a track from the new LP??

8) What can concert goers expect at a The Revox gig? Are you playing any famous cover songs?

We try to be as raw as possible and to always have fun. Rock'n'roll is about intensity and passion. We play mostly guitar - bass- drum and have a few song with organ. Always playing 3 or 4 covers, sometimes from obscure 60's garage bands, or sometimes more famous as The Kinks - All the Day and all of the Night, Hey Joe that you find on In Mono or more recently Kick out the Jam from MC5.

9) Are there any bands in Switzerland  today you consider yourself close to? 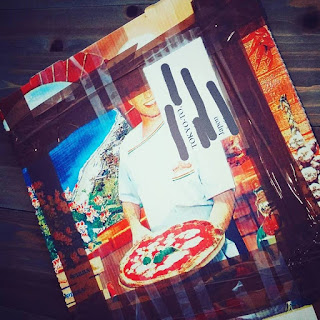 The Jackets, The Monsters, The Giant Robots, The Lovers or Brocken Bridge are doing well on the garage scene. There is too many for us to name everyone. We share the rehearsal room with great bands too, but not specifically from the garage scene. We can certainly argue that the Swiss scene has never been as rich and dynamic as nowadays.

No but would be a dream job for pizza addict like us :)

Many thanks for your interest and FUZZ ON!!!