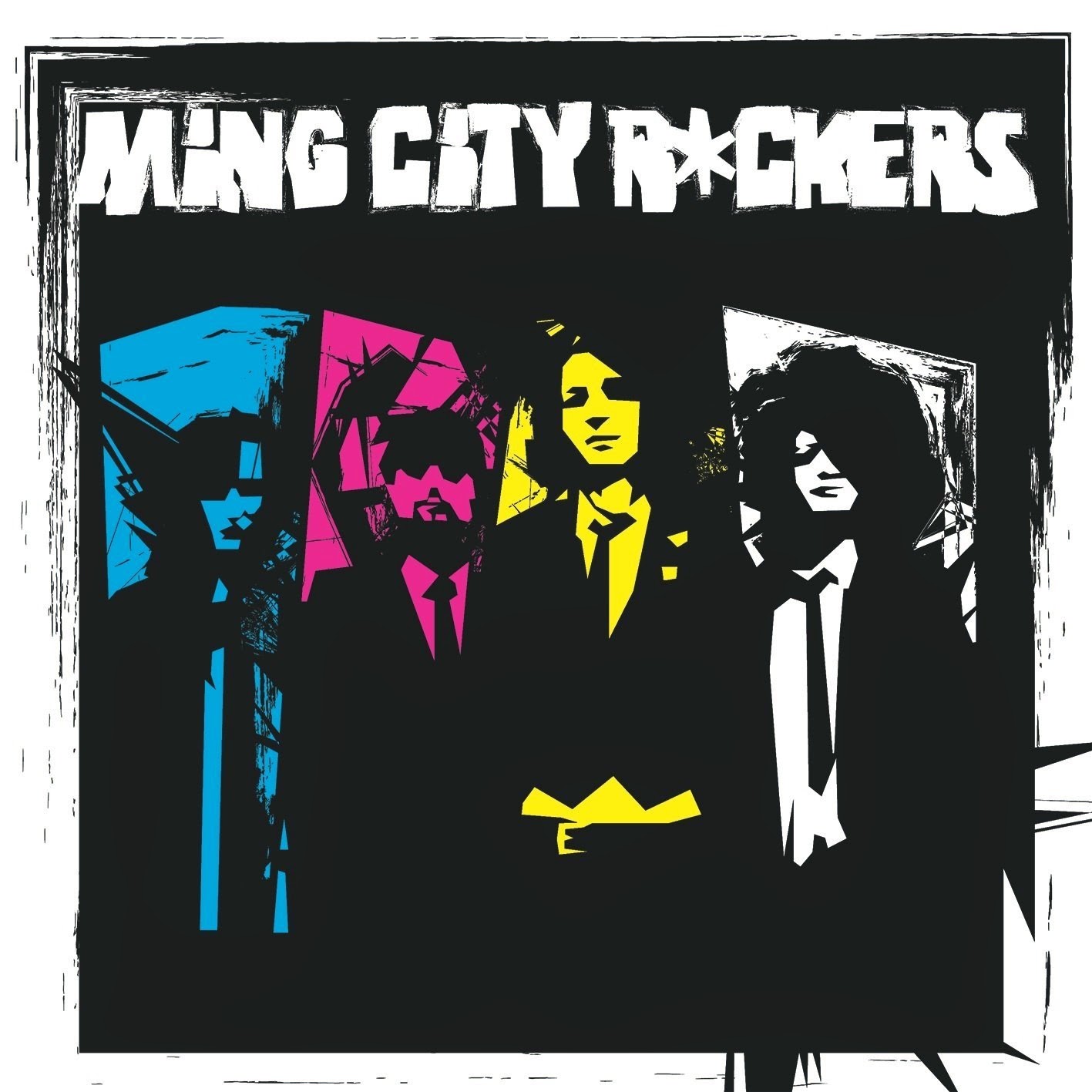 Ever heard of Immingham, a dock town near Hull and Grimsby, nicknamed Ming and known only for its petrochemical plant ?

Obviously it seems there isn’t much to do in ‘Ming’,  so four young musicians -Clancy Jones-Rhythm Guitar/vocals/harmonica, Morely Adams-Lead Guitar/backing vocals, Doc Ashton-Drums, Jakki Walsh-bass - decided to start a band aptly going by the name of Ming City Rockers instead of just sit around drinking and being cynical.

Half a hour of mayhem delivered at blistering speed. It’s an album infused with the spirit of The GODFATHERS, Link Wray and the delta blues, brimming with wit, desperation, defiance and bite and wrestling under the yoke of many masters: booze and narcotics (‘Get Out Of Your Head’), long-gone lovers (‘Rosetta’, ‘Twist It’), working-class nihilism (‘I Wanna Get Out Of Here…’, ‘I Don’t Like You’ and ‘You Ain’t No Friend Of Mine’) and Belzebub himself in their blistering, irreverent cover of Robert Johnson’s ‘Crossroads’.

Favorite tracks : I wanna get out of here but I can’t take you anywhere -  Twist it  - Rosetta

I absolutely agree with GOD, this is fucking great.

I first discovered this extraordinary song by this band on this very blog three years ago. I blew my top. Then time passed and when I wanted to listen to it, I was unable even to remember where I had heard it. Was it Sons of the Dolls (RIP) or Ratboy69's? Thnaks to my crummy internet access, I missed some pages on both blogs and could simply not find the original post. The words that I typed in the youtube search engine gave nothing. I couldn't remember the name of the band not even the title. I posted a message on my FB wall, got some help from Tom Rafferty of the Primevals and at the same time I checked Ratboy69 blog again and FOUND IT, thanks to a decent internet connection that I have now from home. So, THANK YOU, Ratboy and thank you, the Ming City Rockers. Andre, Mongolia.