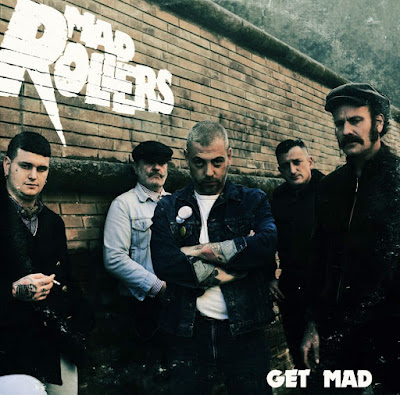 A couple of months ago, the German label Contra Records released "Get Mad", the full length debut of MAD ROLLERS, a five piece hailing from Roma, Italy. The album is described as an overdose of catchy Pub Rock / Bovver Rock anthems.
So If you like 70's Junkshop Glam like HECTOR ,  Terrace Stompers like The Hammersmith Gorillas or the bigger names in Glam like SLADE with a bit of pub rock thrown in for good measure, The MAD ROLLERS are gonna be right up your alley.
Their rendition of "Bish Bash Bosh" made famous by The JOOK is brilliant and worth alone the price of admission. It's also the proof of the good taste of these five Roman gentlemen!
1) For the viewers of this blog who would not know you, What would you tell about Mad rollers to introduce yourselves? How long are you  together as a band?  Who is playing what instrument in the band nowadays?

We are Mad Rollers, a band of five rock'n'roll and punk lovers. Marco is our lead vocalist and Alessio is the lead guitar, then we have Filippo on rhythm guitar, Oliver on bass and finally our engine Raoul on drums. 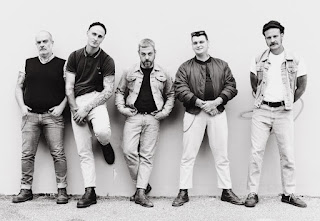 2) About the "Get mad" full length record,  what can you tell about the recording process? Was this a "live" in the studio recording or a track by track recording with lots of overdubs?

The recording of “Get Mad” was been pure fun! We made it through two “live in studio” sessions, say four days, where we tracked drums, bass and both guitars. Once the main core of the record was recorded we overdubbed lead and backing vocals plus a bunch of tracks like synths, percussions and a few guitar licks. A very natural recording process that lead us to a powerful and crunchy analog mix! Getting into minor details, a crucial role in the making of the album has been played by a long pre-production period, months during when we rehearsed very hard to push ourselves, and our tunes, in great shape for the final recordings.

3) Do you guys use the nowadays recording technology or do you only work with analog machines in analog studios?

According to our producer's philosophy, we used an hybrid (analog/digital) technology to achieve the specific sound you can hear on the album. A set of modern and vintage microphones as well as tube and “class A” solid state mic preamps were used to send the signals into the converters of the HD recording system. The mixing process it's been made through an analog desk (Soundtracs Quartz) enhanced by the use of outboard gears like Urei 1178, Lexicon 480, API 2500, etc... the final stage of our mixing chain was a stereo ¼ inch tape recorder, a beautiful Revox A700 which gave us the last touch of warmth. 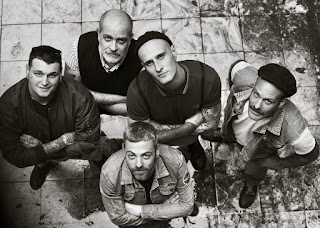 Most of the time the song writing process starts with the guitars and later on the pieces are arranged by the voice in order to find melodies and choruses, each of us does his best and not infrequently we are inspired by the music we’re into at the moment.

Many times we take inspiration from real life events, something that happened to one of us or people we know, then we spice these stories up with some fantasy elements and they become songs. Generally we express our feelings and emotions through music, we talk about love as well as anger, the spirit of revolt as well as the simple need to have fun and to be able to live life to its fullest.

6) How would you describe the music Mad rollers are playing? Is it glam-rock? Or do you consider that it's way more than that?

Let's say that we simply play what comes out, we do not plan much beforehand. Of course we do love glam but we are also pretty much into 70's proto punk sound and we try to bring it out in our songs. On numerous occasions, we are defined as a Bovver rock band and actually, we don't mind it.

We are currently still working on an official video but you can check on YouTube for our most recent upload, which is a video cut took from the 1976  Notting Hill Carnival riots filming featuring our track “I trust nobody”, it seemed to us that the song suited a lot the events represented so we decided to release it.

8) What can concert goers expect at a concert of Mad rollers? Are you playing any famous cover songs during the gig?

Except for "Bish bash bosh", which is also a part of our new album we don't play covers, most of our songs are original compositions. Still, if you're a 70's punk and rock'n'roll sound lover and you don't mind hanging out on a fun night among gallons of good beer you will definitely find something to sink your teeth into coming to one of our gigs.

9) Are there any bands in Italy today you consider yourself close to, musically speaking?

Undoubtedly the Italian rock'n'roll scene of the past years has been greatly influenced by Giuda, as they brought back those 70's sounds that seemed long lost, progressively many others followed their example, groups like Mash, Dr Boogie, BBQT, Hard Wax and some others may be considered similar to our genre. Nevertheless we are glad not to be associated with Giuda as some kind of imitation band but we are rather seen as something close yet different in sound.  I guess we play a bit out of the box and just do what comes our way. 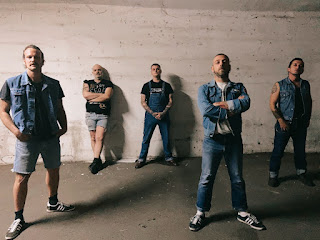 10) What are the plans for 2022 as far as Mad rollers are concerned? Are you gonna tour Europe to promote the record?

After London gigs in September we are planning a tour in Germany with our booking agency, it will take place in March and include such cities as Hamburg, Berlin, Hanover  and others. Unfortunately in these times because of the covid situation you can never be sure that something will not be canceled or postponed but we want to stay optimistic and ready for this new adventure.

We wanted to thank the guys from Contra Records for the excellent work they've done.

Hi, I know you posted it way back in 2015 but will you consider a re-up
for Optic Nerve - Forever and a Day, for a late comer like me? Please. Thanks.