The Claws - No Connection 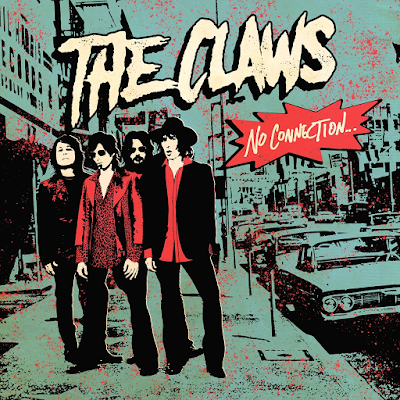 Hailing from Los Angeles, The CLAWS are described by their record label as running the gamut from swanky, driving Rock 'N Roll to down ‘n dirty Blues Stabbers to country-fused Desperado Rockers that perfectly straddle the line between Saturday night excess and Sunday morning regret. How could you not LOVE such a band?

1) For the viewers of this blog who would not know you, What would you tell about The Claws to introduce yourselves? How long are you guys together as a band?  Who is playing what instrument nowadays?

The Claws formed in 2017 in Los Angeles, California.  We released our debut EP (out of print) later that year. In early 2020, our debut LP 'No Connection' was released. After a few lineup changes, we have finally landed on the right mix. Chad Cherry : Singer; Gary Martin : Guitar & Vocals; Terry Love : Bass; Mike Gavigan : Guitar; Tony Pacheco : Drums 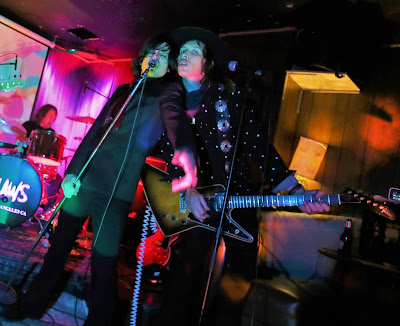 2) About the full length record 'No Connection',  what can you tell about the recording process? Was this a "live" in the studio recording or a track by track recording with lots of overdubs?

We recorded No Connection live in the studio, then added vocal and guitar overdubs as the process went along. Also, we added the organs, piano, harmonica, and percussion later in the process as overdubs.

It's a healthy mix of analog and digital in our process. We use digital, modern recording software, while using analog, vintage processors and effects. Our gear is all vintage, and we "live-mic" almost everything.

I (Gary) am the main composer, but everyone has had their voices heard in the writing department.

After a song is brought into the band, everyone gets a say on their parts etc. Once everyone has stamped their personalities onto a new composition, the song is officially considered "property of The Claws". 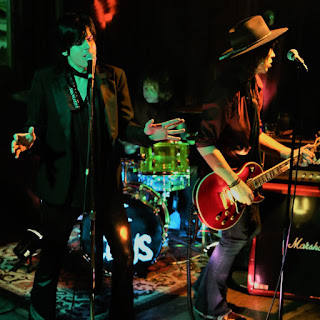 Probably isolation. I am a private, quiet type who doesn't expose much publicly. This often results in lyrics that can be ambiguous at times.

6) The Claws are sometimes described as a 70's influenced band. Do you agree with this? Are you proud of it or do you consider there is way more than that?

I don't mind that at all, since the 70's were my favorite era of rock n roll. However, I don't want a potential younger who may be unfamiliar with that era to assume we're dated & boring. I do feel that there's more to our influences than just 70's rock. We're all fans of music. Not just one particular era, and not just one genre.

We will be doing a few videos from the upcoming LP, once it's ready to go.

8) What can concert goers expect at a The Claws gig? Are you playing any famous cover songs during the gig?

Expect to have a great time with The Claws at our gigs. The vibe is always great, plenty of dancing, smiling, boozing (if that's your thing) etc. We haven't done a cover tune at this point. We've discussed it, but we just cannot agree on something to cover. 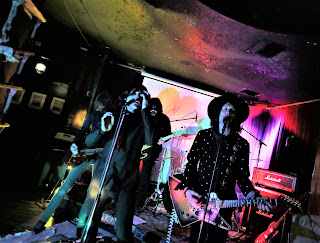 There are bands throughout the USA that we all dig, and we admire for their creativity and efforts. However, I don't think that any of them are very similar to The Claws. We're kinda doing our own thing. We're not trying to resurrect the sound of any monolithic bands of the past; we're just trying to write cool rock n roll songs that represent our lives & experiences in the 21st century.

As a teenager, I was a total 80's hard rock/metal guy. Loved it. Still dig some of it for sure. Van Halen comes to mind - their first 6 LPs are still fantastic. Pre-'84 Aerosmith also. My songwriting influence comes from people like Tom Petty, David Bowie, Mick & Keith, Elvis Costello. The bands of my teenage years were mostly badass, but didn't really influence my writing.

First and foremost, we want to finish our 2nd LP. It's 90% recorded. We've recorded 14 songs; 10 will make the LP. The remaining 4 tracks will either be saved for LP #3, or we'll release them as an EP. Also, getting to play in Europe has been a goal for the band since it's inception. Due to the state of things globally, this may have to wait until 2022, but we'll see. It looks as if gigs will be starting up again around LA this summer. Hopefully we can do a west coast US run sometime this year. And we keep writing..the new material is stacking up!

Yes, please visit www.theclawsrock.com. You can watch the videos, buy the music, read about the band etc.. The new LP is gonna be fantastic - it's a little deeper than the debut; I think you'll dig the progression of the material. Stay tuned! Thanks Eric.