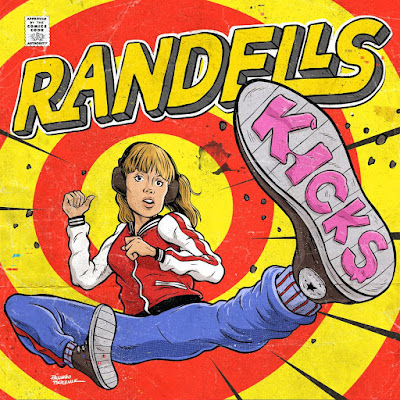 RANDELLS is a pop punkin’ trio hailing from Blekinge County, Sweden.
Their sophomore full length, aptly titled "Kicks", has just been released on CD by Japanese label WATERSLIDE. And in this blog's opinion this is probably one of the best releases of this label. Kicks is filled to the rafters with catchy and powerful tunes that will keep you humming this the sun goes down. A MUST BUY!
1) For the viewers of this blog who would not know you, What would you tell about Randells to introduce yourselves? How long are you guys together as a band?  Who is playing what instrument in the band nowadays?

2) About the latest released full length record "Kicks",  what can you tell about the recording process? Was this a "live" in the studio recording or a track by track recording with lots of overdubs?

The album was recorded in 2 different  studios. The drums where recorded in NLP Studio and the rest in TWIC Studios.

We use modern stuff when We record. 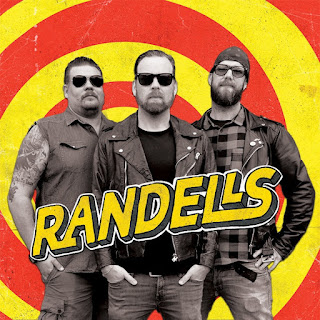 Obba has been the main composer but everyone is involved building the songs. Daniel is a graphic designer so he handels all the Photos, videos and stuff like that. A very good combination to have in a band 🙂

Love is always a low hanging fruit. I think We managed to mix the topics in a good way on the new album.

We all listen to a lot of different artists, genres and bands, not only punk rock. We all love punk rock in the band but very often We don’t like the same bands or songs. We all have different influences, from Belle and Sebastian to Youth of today.

7) Do you have a new video on youtube featuring a track from the full length??

We have a couple of videos on Youtube. Daniel has made them all. You can find them under the user name Randells the band on YT.

8) What can concert goers expect at a Randells gig? Are you playing any famous cover songs during the gig?

We actually haven’t done alot of gigs since We started the band in 2014. You can expect it to be around 30 min long. No talking, just music 😉

9) Are there any bands in the Sweden today you consider yourself close to, musically speaking?

Promote the new album and hopefully get some gigs. We are working on new songs and the plan is to release another album in 2022.

Thank you for the interview, cheers!

PURCHASE THE GOODIES HERE: http://watersliderecords.net/?pid=159376367
A vinyl version of KICKS will be out later this year on an European label.
https://monsterzerorecords.com/products/randells-kicks-lp-pre-order-limited-yellow-w-red-splatter-vinyl
Publié par ratboy69 à l'adresse 10:50 PM