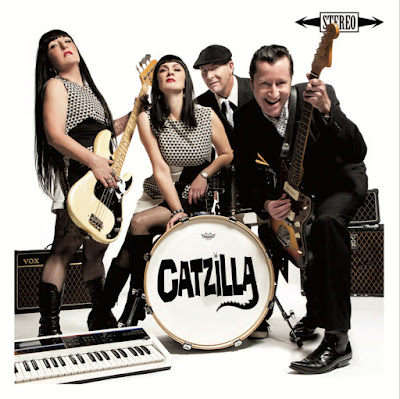 The quartet's debut long player is the ideal mix between brilliant infectious pop tunes (think Blondie's first album in 1976!) and fuzzed-out stompin' garage. As the band states it itself, this is the perfect soundtrack for your next go go party!

So it was time for this blog to have a very interesting chat with guitar player ANDY JARVIS.

1) For the viewers of this blog that don't know you, What would you tell about CATZILLA to introduce yourselves? How long are you guys and girls together as a band? Were you in other bands previously? Who is playing what instrument in the band? What can you tell about the origins of the band's name? 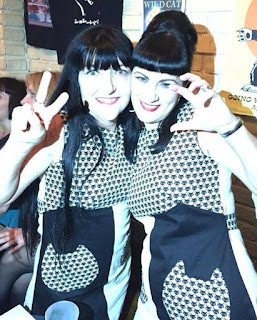 CATZILLA has been together for nearly 3 years. Coo plays keys and is the lead singer, Andy is on guitar and backing vocals, Tracey on bass, backing vocals and monkey noises and Trev is on the jungle drums. We had a band called Rocket To Memphis (2005-2013 - kinda swampy, voodoo rock n roll). It split when the drummer moved to Melbourne and we decided to do something a little different, more along the 60s garage lines. The new name was inspired by a crazy toy we found in Japan, like Godzilla but with a cat’s head!

CATZILLA recorded a 4 track vinyl EP (“Going Wild”) in 2016 and mixed it with Matt Verta-Ray in NYC. We’d done the last two Rocket albums with Matt and really like working with him. Last year we toured in Japan and had the honor of playing at one of the Back From the Grave events in Tokyo and also with the Neatbeats in Osaka.

2) About the recently self titled debut record,  what can you tell about the recording process? Was this a live in the studio recording or a track by track recording with lots of overdubs?

It was very much a live recording in the studio. We all love working that way and with this kind of music, really believe it’s best way to get the right sound. We over-dubbed the Hammond for logistical reasons (it was in another studio!) but there were very few other overdubs. 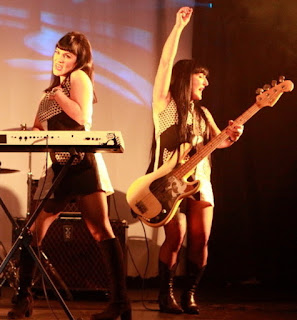 We all grew up listening to punk and post-punk stuff and I’m sure some of that still shines through
now! Coo and I had a band in Sydney, in the mid-late 80s (Toys Went Berserk) which was more along those lines - from more off-kilter sounds like Siouxsie & the Banshees to catchier things like early Blondie. The Cramps probably still have an influence on us now, along with Link Wray, the Sonics and in general, 60s garage, beat and surf.

4) Some people people might be tempted to describe CATZILLA as a 60's garage/pop band. Do you agree with this description or do you consider there is way more than that?

5) Is there a main composer in the band or is everybody involved in one way or another?

I write most of the songs (Andy) but Coo has written lyrics and music on several tracks on the new album. Everyone contributes their own parts to the final arrangements.

We shot a video for the opening track “Boy From Another Time” It one of the more catchy tunes on the record and you can watch it here:


7) What can concert goers expect at a gig of CATZILLA? Are you playing any famous cover songs?

We play mostly originals, with just a few covers - maybe not super well-known ones though… a favourite is “Kitty Kitty” by Floyd Dakil (who also did “Dance Franny Dance”). We recorded a version of that on the album.

8) Perth seems to have a long history of rock bands (The Stems, The Stanleys, The Volcanics, etc ....)  is CATZILLA in connection with all these guys? And is there something special in the air in Perth that pushes people to start rock bands?

You’re right Eric! Also the Scientists, Hoodoo Gurus and many others. I think maybe there’s something in the beer actually! We know quite a few of these musicians of course - it’s a pretty small scene here. Perth is actually one of the most isolated cities in the world - perhaps that’s why? 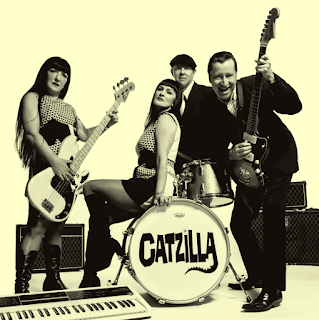 9) What are the plans for the rest of 2018 as far as CATZILLA is concerned? Are you planning to tour Europe soon to promote this newly released record?

We’re playing as much as we can locally at the moment and we’ll hopefully get over to Sydney and Melbourne later this year (it’s 5 hour’s flight away, if you’re wondering why I say “hopefully”!). Next year, we’d like to get back to Japan but if someone is willing to fly us over to Europe, that would be fab!

Big thanks for doing this feature on CATZILLA Eric. It’s very cool to have the chance to let people know what we’re up to and I hope a few of your readers dig the new album. Keep supporting the great bands out there making real, rockin’ music and go see ‘em live if they come to a town near you! 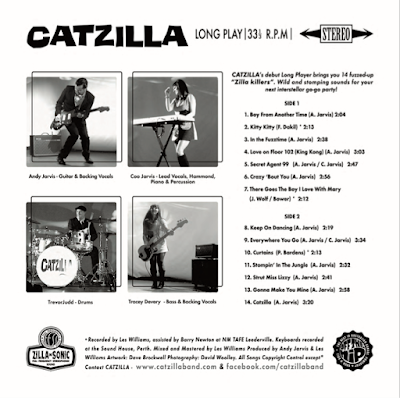 Thanks for the introduction!!!