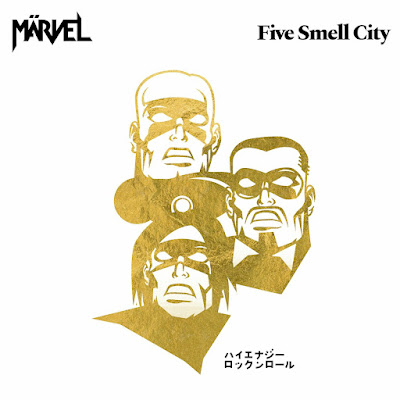 The Sign Record recently released the long awaited vinyl version of Märvel's debut album Five Smell City  titled after their hometown Linköping (known locally as the city of five smells) that was originally released in 2005.  So it was high time for this blog to try to find out who are the guys behind the masks.
1) For the sake of the argument, let's say that a very young viewer stumbles upon this blog for the first time and doesn't know who MARVEL is: what would you tell him about the band to introduce the various members, the history of the band and also your body of work?

Märvel has three steady members - The King (guitars & vocals) - The Vicar (drums) and The Burgher (bass). This band setup is sometimes referred to as a "power trio". Because we are sought after by the police we wear masks to hide our faces. We also wear masks to hide our bad and tormented skin. People all over the world like our music. Those people have formed fan clubs called "Märvel Army". With the new album we're releasing this spring we have made 9 albums. That is quite impressive. On the other hand, we have been around for twenty years so it's not so impressive after all. 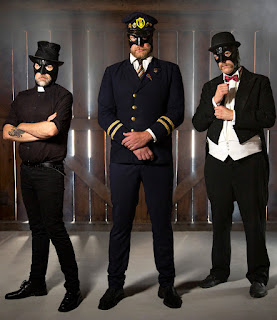 2)  About the newly reissued debut album, "Five Smell City", that finally receives the vinyl treatment, do you remember the recording process back then and what can you tell us about it? Was it a "live" in the studio recording or a track by track recording with lots of overdubs?

Five smell city was originally released in 2005. Prior to that we released a few vinyl ep's. The debut album consisted of a handful of songs from those earlier EP's as well as ~7 new ones. We recorded all those songs in Soulmine Studios in Linköping with awesome producer and friend Jörgen Wärnström.

All basic tracks were recorded live in a one take fashion with us all standing in the same room. Vocals, solos and percussion were added afterwards. There was probably a lot of cheap cookies and strong coffee involved in the process. Besides the King and the Vicar, the band at that time had Speedo (aka Ulrik Bostedt aka Animalizer) playing the bass. He (most likely) used a vintage Burns bass through a Fender Bassman 100 for all the songs. The King played his Gibson Les Paul '78 through a Marshall JCM 800 with bad tubes. The Vicar played a vintage Ludwig drum kit that previously belong to someone who moved to Australia (no, it was NOT Uffe Stenport's drumkit!).

3)As far as your more recent recordings are concerned, do you use the nowadays digital recording technology or do you still keep on working with analog machines in analog studios 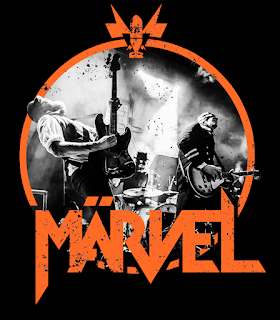 4) What is your favorite topic/topic that comes easily when you write the lyrics to a new song?

Most of our lyrics are inspired by the TV-show "Eigen Kweek".  Other than that, there's no special theme. Some songs are about a state of mind or a feeling. And sometimes it's about a made up character or scenario. It could also be about something personal that's happening has happened or is about to happen in the future.

If we have to choose just 3 it's Pedda P, Gurra G and Doktor C. (note : Swedish hip hop trio formed in Stockholm in 1990. Looks awful!). They made a very strong impact on us as kids. We also listened to Kiss, Iron Maiden, Dire Straits and WASP.

6) Now that your debut album as been reissued on vinyl, do you also consider reissuing other albums as well. Have some of them never been released on vinyl so far?

The only album that hasn't been released on vinyl is our first cover album "Unleashed" from 2006. Hopefully that will happen in the future. Thunderblood Heart, Hadal Zone Express and The Hills Have Eyes sold out or very close to sold out so it definitely time for some reissues of those albums.

7) Are there any artists in SWEDEN today you consider yourself close to, musically speaking?

Not really. The Scandinavian rock scene is thriving with so many bands releasing new music all the time. That's great but we've never really felt like we're part of that scene. We've always been too late or too early to the party, yet somehow we managed to stick around. After 20 years in the bizniz we've seen it all. 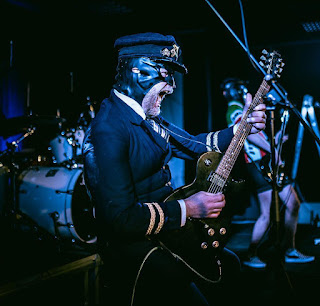 8) Do you think it was different to be in a rock'n'roll band way back when you guys started than it is now? What has changed, according to you?

People are so young nowadays. Of course, social media was not a big thing and you more or less had to have a record deal to get heard. Do you remember that singles were released after the album, not before like today?! It feels like music in general was a bigger deal for young people back then. But that could just be a sign of us having lost touch with reality.

The King writes the songs but the band works on the details of the arrangements together.

10) You guys are now The Sign Records recording artists. Is this the label that suits MARVEL the best And if so, why?

It suits us fine. We know them since many years and they're situated in the same town. They give us a lot of creative freedom and they're very passionate about music. They release insane amounts of music every year. 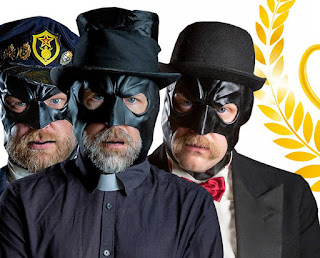 Our new album "Graces Came With Malice" (our ninth!) is out April 22nd. We'll be celebrating the release with a release party and gigs around Sweden. We're also turning 20 years as a band which means we're celebrating this the whole year. We've got a festival planned for the summer and a greatest hits double album for the fall. We're also digging in the archives and will be sharing historic events, gigs, demos, etc with our fans through our social media channels.

Preorder our album and buy tshirts and stuff at https://marveltheband.bandcamp.com/- Thanks for the support!

Here is a track from the forthcoming album: