The Fleshtones - Face Of The Screaming Werewolf 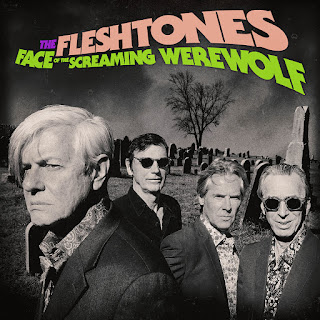 The Fleshtones are back with "Face Of The Screaming Werewolf", released on the great Yep Roc label. This blog being a long time fan of the band, the opportunity was perfect to finally have a chat with Peter Zaremba and Keith Streng. Here it goes:
1) For the sake of the argument, let's say that a very young viewer stumbles upon this blog for the first time and doesn't know who The FLESHTONES are: what would you tell him about the band to introduce the various members and also your body of work?

Peter Zaremba: Please let's not start by arguing. Probably many people won't know who The Fleshtones are, but by now it's a marvel that they don't. I can modestly say that we are the band that inspired the bands that they love. I'm Peter, I sing, blow the harmonica and try to play keyboards but don't try too hard. Bill Milhizer, ex of The Charades of Troy, New York has been our drummer since 1980. Ken Fox, the Canadian guy, formerly of The Raving Mojos and Jason & The Scorchers plays bass. Keith, please introduce yourself and tell Ratboy about our body of work…

Keith Streng: Hello,   Keith here!   I am the guitarist who had a house for the band to form!!!   We play  an exciting blend (Super Rock) Combining everything explosive and rhythmic with a dose of soul to go!!!

2)  About the newly released album, "Face Of The Screaming Werewolf",  what can you tell about the recording process? Was this a "live" in the studio recording or a track by track recording with lots of overdubs?

PZ: I guess we were still pretty 'live' considering the alternative. We lay down a live 'basic' and go from there. I gotta say I started out with the idea of keeping over dubs down to a minimum, but things change once the tapes rolls.  Michael joked and called us the most edited band in the world. We do have a habit of 'whittling' our songs, usually because we already have ideas in our heads of what we want the song to sound like. We don't just 'see what happens' much in the studio -that can happen on stage.

KS:Live track by track blow by blow and then we top it off with sugar and spice (Some overdubs) 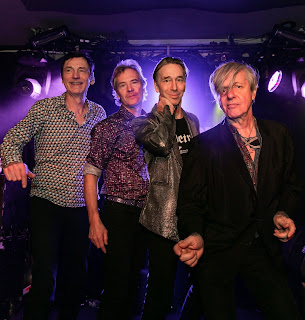 PZ: Gee I don't remember, I know Michael uses a computer but I like all styles of recording, it's what you do with them that counts. Keith what do you say?…

KS:   This album was digital reality!!

PZ: You'd suppose monsters and stuff would be the easy 'go to' topic but we don't write about that stuff as much as we think about it. We have a pretty broad range of interests to write about, but I gotta say a large degree of sincerity has crept into our writing as of late. Life?

KS. There are so many things every day that are fun and rocking!!!   Impossible to have one topic,   Better to open your eyes!  Girls???

PZ: I think Keith will agree, we listened to everything that was on the radio, and that meant everything! Radio was very different then, you heard all sorts of crazy stuff plus of course the British Invasion, and the earlier music the British bands wet trying to copy, all sorts of soul and R&B, latin and boogaloo, the first generation of American 'garage' one -hit wonders, then when radio went to hell in 1969 and became unlistenable we became record geeks a bit, tracking down Kinks, Move and Yardbirds records and the American blues artists that influenced them, but of course strange stuff too. Wait -that's not 3 bands, and I forget The Ramones, The Stooges and The MC5. Keith, 'Plus’…?

KS: The other Keith!!  The Rolling Stones forever!!! 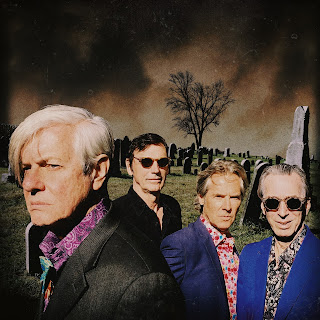 6) Some of your early records were compiled a few years ago by the Australian label RAVEN (It's
Super Rock Time!; Hexbreaker! / Speed Connection Live In Paris 85; Roman Gods / Upfront EP...Plus) but some never made it to CD, for example "Fleshtones Vs. Reality" why is that so?

PZ: Yeah, wasn't that great? Universal Music was just sitting on all our IRS stuff so it was nice that Raven decided to release it so people could at least hear it. I hope Raven didn't regret that! Good Australians! Now Fleshtones Vs. Reality and Angry Years were both released by separate small extinct labels so that would be harder to do. A shame, both really good albums -all our albums are good! Maybe Yep Roc will gather all this stuff together for a box set, and include our Ichiban albums from the 90s too. They did mention doing that. I boon to the listening public. YepRoc, are you reading this?

KS:   Yep Roc could do just a box set of the albums we recorded for them,   That’s how much we have to offer!!!

PZ: This question always makes my mind go blank. Why am I thinking about the Subsonics? Are they still around? Clay is. Or The Gories? Nat Freedburg of The Flies, Titanics, Upper Crust and now solo has always been an inspiration. Now Daddy Longlegs are marvelous. I think Keith kinda raised them up? Keith?…

KS:   Brian used to be my assistant when I was doing “Man with Van”. He was good at that but better at being a rock star!!!  I told him to just go out and play and be seen,   And now look!!!

PZ: Well RIGHT now it isn't easy to do anything. So yeah, when we started it was easier once you realized you didn't need any money to start a band. And you didn't need much money then to do anything, but there was only a handful of places to play. In New York it was Max's or CBGB, until WE started getting bands into Club 57 and Irving Plaza. Then clubs mushroomed all over the country. Now we can only hope that live venues survive all these lockdowns. No one wants to catch covid for sure, but bands need a place to play other than their basement (like where we started ourselves!).

KS:  If you have the love, passion and energy rock and roll is always waiting! 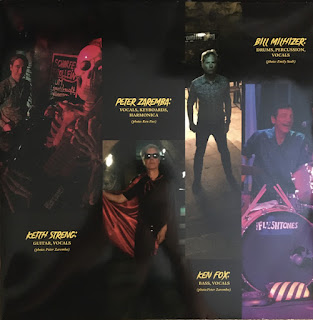 PZ: Keith and I have always been the main writers, and I think we're writing more and better now than ever. And writing together again! Ken Fox contributes songs too that are always a welcome change of pace from Keith and my ranting and raving (but we do have our sensitive sides -listen to Keith's 'Alex Trebek' on the latest album). Bill Milhizer hasn't blossomed yet as a composer but something tells me that when he does bloom -look out!

10) Since 2003 you are Yep Roc recording artist. Is this the label that suits The FLESHTONES the best And if so, why?

PZ: short response" YES. Why? Because they started Yep Roc to sign bands like us. In fact the Yep Roc guys hired us to play their frat party when they were still in college and told us "when we get out of school were gonna start a label us we can sign you!". True story. Yep Roc is the best because they put out music they love. Just look at our label mates. Anyone would be proud to be on that label!

11) What are the plans for 2021 as far as The FLESHTONES are concerned?

PZ: To get back into action -world-wide! And I'm ready to record a NEW album, what about you Keith?...

KS: We have a tour in May booked for the Fleshtones,   That is ground zero,   I plan to play every stage that will allow me!!!!

PZ: Yeah, as the Carpenter's sang -"We've Only Just Begun…" Thanks for listening.

"Face Of The Screaming Werewolf" is available at independent retail only and will be released direct-to-fan in early 2021. You can find the CD / LP at a record store near your home using this link: https://recordstoreday.com/Stores

Here are The Fleshtones LIVE in Lyon in November 2019.

I've seen The Fleshtones 14 and they were always good...