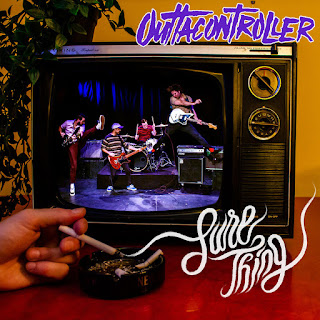 Hailing from Halifax, Nova Scotia, comes Outtacontroller, a powerpop punk quartet that's been churning out buzz saw guitars melodies for almost ten years now. Their latest vinyl offering, "Sure Thing", is released on the German label Alien Snatch Records and it's filled to the rafters with perfect pop tunes. Just listen to "Glassy eyes", "Operator" or "Flashpoint" and you will be humming these tunes for days in a row.

1) For the viewers of this blog who would not know you, What would you tell about you and your musical background to introduce yourself? Can you also introduce the other members of Outtacontroller who participated in the recordings? Were there any members changes in the band over the course of the years or are these the same guys, right from the start?

Terry: Me and James met through a mutual friend when I moved to Halifax, Nova Scotia from Moncton, New Brunswick in 2011. We started jamming at my apartment on top of a run-down pizza shop/laundromat and quickly got a 3 song EP together.

James: I started out playing drums for the guys but Terry and I would switch between guitar and drums since we could play both. That's how the band evolved into both of us singing and playing guitar. I had made a connection with Peter Eichorn at P Trash through recording Tongan Death Grip's "Chula Vista"  and sent him our first EP "Power Out". He liked what he heard and asked if we could have an LP ready in a few months. We hadn't even played a show yet and I think we only had a handful of finished songs in our catalog. So we got Will Irving on drums and jumped in headfirst with writing material, recording and playing shows.

Terry: On this newest LP, we have Sean Parsons on drums and AJ Boutilier on bass. Past members of Outtacontroller is a list as long as it is important to what we are/sound like today. Past bass players have been Mike Beliveau, Matty Grace and Jesse Leblanc; on guitar, Tyler Delong; drummers Will Irving, Chris Murdoch, Dexter Outhit, and Jesse Leblanc. We have always been a really close-knit band, and they have all left their mark in Outtacontroller. 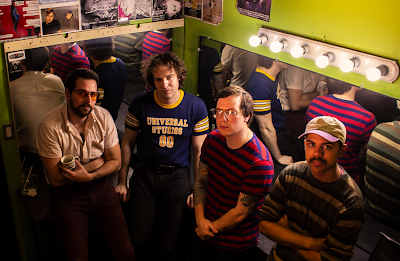 2) About the new full length album "Sure Thing", what can you tell about the recording process? Was this a "live" in the studio recording or a track by track recording with lots of overdubs?

All 10 songs were recorded live off the floor with all of four of us playing in the same room. We've always done it that way and feel that it is a major factor in capturing a good take. If you rehearse together and play on a stage together, it only makes sense to us to apply the same principal to the studio. We’re no strangers to overdubs, we do plenty and layer lot's of tracks on top but we try to keep as much of the original take as possible.

We work with both. All of our records have been a combination of recording digitally and to analogue tape. Using tape requires more studio time and more discipline but there's nothing cooler than hearing your stuff play back on a reel to reel. 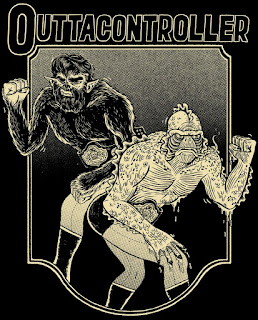 4) How would you describe the music you are playing? If I were to call it "Powerpop Punk", would you agree with this label? Are you proud of it or do you consider there is way more than that?

Yeah, “Powerpop Punk” would be a fair assessment, although it has definitely shifted more towards Powerpop over the past couple of years. We’re very happy with the sound of the band at the moment but I think we will always be trying to tweak and shape it to keep it fresh, for both us and the listener, without alienating the original feeling of the band.

We tend to write mostly about going through a negative situation--such as broken relationships, addictions or frustrations of small town isolation--while trying to keep a positive outlook. Maybe things aren’t going your way right now, but they will someday if you keep moving.

We do! It was a ton of fun making the video for Glassy Eyes with BA Johnston, past members of the band and our close buds.

7) What can concert goers expect at Outtacontroller gig? Are you playin' any famous cover songs during the concert?

Most recently, we have been closing our shows with a cover of Bastards of Young by The Replacements, and prior to that it was Ever Fallen in Love by The Buzzcocks. An Outtacontroller gig is a very loud, high energy performance, where we try our hardest to get the audience to have as much of a good time as we are.

8) Are there any bands in Canada today you consider yourself close to, musically speaking?

A) Hard to say, musically speaking. There are so many great Canadian bands who all have their own personal touch of style. Bands we pair well with live, for one reason or another, would be groups like Phone Jerks, NECK, Priors, First Base, School Damage, BA Johnston, Real Sickies, and a bunch more amazing Canadian bands.

9) To what kind of music did you listen to as a teenager? What were your favorite bands as a teenager? Name 3 bands that you consider still have an influence on your own work today in Outtacontroller.

James: The Misfits, Nirvana and Devo. The video for Jocko Homo blew my mind as a kid.

Terry: I’d say Eric’s Trip, The Replacements and The New York Dolls are bands I loved as a teenager that still resurface, but the heart of Outtacontroller will always be The Ramones and The Buzzcocks.

10) What are the plans for the rest of 2020 as far as Outtacontroller is concerned?

Currently working on a European tour and recording a new EP.

If you wanna purchase a digital file:
https://outtacontroller.bandcamp.com/album/sure-thing

If you wanna purchase a physical copy of the album:
https://aliensnatch.bandcamp.com/album/outtacontroller-sure-thing