The DIRTY SIDEWALKS - Bring Down the House Lights 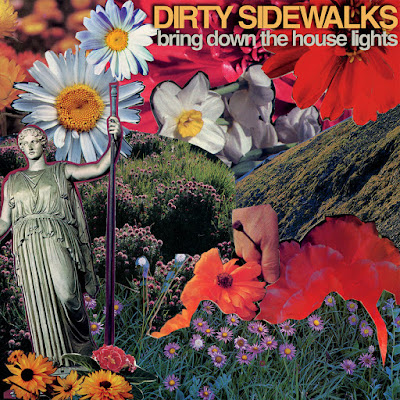 Earlier this year, No-Count Records released "BRING DOWN THE HOUSE LIGHTS", the debut full-length record of Seattle based The DIRTY SIDEWALKS. The band was formed in 2010 by Erik Foster, his older brother -and founder of surf/garage outfit The Boss Martians- Evan Foster and longtime friend Evan O’Neil.

If you dig ‘80’s college rock, ‘90’s Brit pop and ‘60’s harmonies you really gonna love these guys! Time for this blog to have a great and instructive chat with Erik.

1) For the viewers of this blog who would not know you, What would you tell about The DIRTY SIDEWALKS to introduce yourselves? How long are you guys together as a band?  Who is playing what instrument in the band nowadays?

The DIRTY SIDEWALKS is the last great American guitar rock band. As Dirty Sidewalks is known today, we’ve been around since roughly 2010. The core of the band is myself (Erik Foster), our bass player Evan O’Neil, and my brother, Evan Foster, who plays lead guitar and sings with me. The newest addition to the band is our drummer, Mike Fritz who joined us in the later part of 2018. 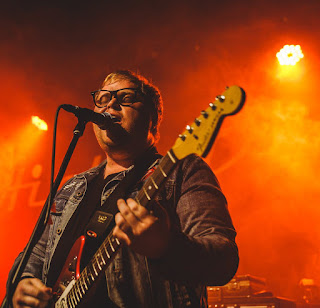 2) About the full length record "Bring Down The House Lights",  what can you tell about the recording process? Was this a "live" in the studio recording or a track by track recording with lots of overdubs?

Bring Down the House Lights was recorded mostly in the kitchen and laundry room of a house my brother was renting in south Seattle. Evan (Foster) engineered the record. The majority of the songs were built track by track with a fair amount of overdubs. The recording process was integral to the sound of the album, as we were able to work at our own pace, meaning that if we wanted to spend a whole night auditioning gated reverb options for a snare drum on one song, we could.

I don’t think any form of recording or technology is foolish per se, if you’re using it to do something cool. I’m a firm believer that If you can use any format to better suit your idea, do it. Bring Down the House Lights is a fully hybrid record in the sense that we blended lots of old and new technology, alongside using cassette 4-tracks and primitive digital recording methods. Like any piece of art, you have to step back once in a while and check that the sum of all the parts is still working together.

With Bring Down the House Lights I wrote the bulk of the material. However, O’Neil wrote a riff here and there which I was able to use as the foundation of a song, and my brother and I did some co-writing. As we’ve been moving forward, we’re co-writing a lot more frequently which I’m super into. My brother and I have very similar writing styles, but he will always come through with some kind of idea or change, no matter how small, that I didn’t (or wouldn’t) think of, that will make a huge difference/improvement. 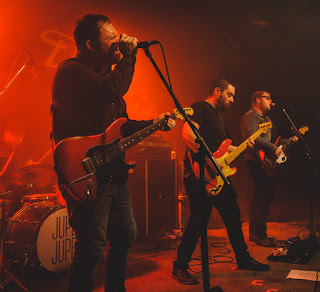 Hard to say. I don’t ever sit down and say to myself “ I’m going to write a song about this specific topic today”. I’m a fan of more abstract lyrics, and I think it’s cool when people can apply their own interpretations easily. I’ll almost always start with music and try to let the lyrics flow naturally from that. However, there are times where a lyric pops into my head, and I’ll think, “shit, that’s pretty cool” and I’ll try to grow something out of it.

6)  To what kind of music did you listen to as a teenager and does it still influence your today work? What was your favorite band as a teenager? Name 3 bands that you consider still have a influence on your own work today.

When I was I teenager, I mostly listened to punk rock and indie rock. Most of the SST Records catalog was highly influential to me. Certain aspects of that music and ethos absolutely still influence me. For example, Black Flag had one of the strongest work ethics of any band, ever and I find that highly inspirational. On the other side of that, I’ve liked Oasis since I was in elementary school. My 3 favorite bands when I was a teenager were probably Oasis, The Descendents, and Sonic Youth? Narrowing it to 3 is tough. I still love those bands, and still consider myself to be influenced by them. The only difference now is that I love more bands/artists and I have a much wider spectrum of music I truly appreciate.

7) Do you have a new video on YouTube featuring a track from the LP??

There’s a video for the first single from Bring Down the House Lights, “Rock and Roll (save my soul)” on YouTube right now. We’ll be releasing the next single / video in early 2019.

8) What can concert goers expect at a The DIRTY SIDEWALKS gig? Are you playing any famous cover songs?

At a Dirty Sidewalks gig you can expect all the fuzz, reverb and lush vocal harmonies you can shake a stick at... as far as covers, I always like to throw in some less-than-obvious covers that wouldn’t be expected. We’ve been known to whip out a version of “Hit me Baby One More Time” by Britney Spears once in a while, and we have a few more bangers up our sleeves. 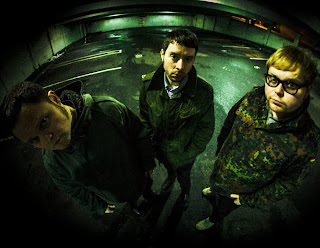 9) Are there any bands in Seattle today you consider yourself close to?

There’s a lot of great bands and artists in Seattle right now, which is cool because the city is changing so rapidly. Having a solid music scene is one of the last things that makes it still feel like home. As far as bands that we’re “close to” locally would be Jupe Jupe, Vibragun, Nostalgist, Downtown, Joe Waine...the list goes on.

10) A question for Evan in particular: are the Boss Martians on an indefinite hiatus or can a new release be expected soon?

Evan is busy mixing a record right now, but I can field this one. In terms of a “hiatus” of any kind, the answer is NO. I actually play bass in the Boss Martians. We’re busy as fuck, constantly. There’s at least 3 new martians releases coming out in the very near future. This summer we’ll be playing some shows in Europe and various parts of America. Evan is actually co-owner of a recording studio here in Seattle now, called No-Count Studios, so we’re in constant production. Stay tuned.