Allan Crockford is not only bassist extraordinaire for Graham Day and The Forefathers (and before that for the Prisoners, Prime Movers, Solarflares), he is also the master brain behind The Galileo 7 where he reveals himself as a very fine guitar player, a brilliant lead singer and subtil composer of all of the songs.
THE GALILEO 7 latest full length, “TEAR YOUR MINDS WIDE OPEN!” is released on the very fine Damaged Goods records label.

1) For the viewers of this blog who don't know you, What would you tell about THE GALILEO 7 to introduce yourselves? How long are you guys together as a band? And what can you tell us about the origins of the band's name? Who is playing what instrument in the band?

Our current line-up is Allan Crockford (me) on vocals and guitar, Viv Bonsels – organs and vocals, Paul Moss, bass and vocals, and Mole on drums and vocals. 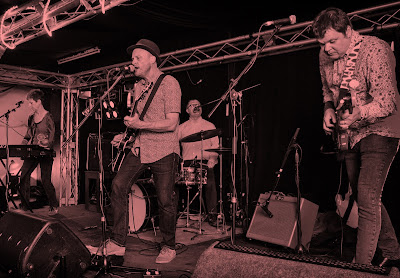 The band started in 2010. Over the years (since the 80’s) I’d been in loads of bands – playing bass in The Prisoners, James Taylor Quartet, Prime Movers, Solarflares, Headcoats, and guitar in Goodchilde and The Stabilisers (amongst a lot others…) but I’d never been the main songwriter and singer. I’d been involved in about 30+ albums and singles, but only as a band member. I finally decided that the time was right to give it a shot – I’d built up a stockpile of songs over the preceding 3 or 4 years. The first album ‘Are we having fun yet?’ was the first album and it came out at the end of 2010. Since then we’ve had a few line-ups, but the current one really brings the best out of the songs. The name of the band is an episode of the original series of ‘Star Trek’… I just thought it sounded like a good name for a band. I originally used the name for my solo demos before we got together.

2) THE GALILEO 7 are described by some people as a 60's garage/psych band. Do you agree with this description or do you consider there is way more than that?

I suppose the influences are obviously 60’s psych-pop and garage, but I hope we bring something different and contemporary to the songs, rather than just doing a pastiche. I don’t try to rip anything off, but it’s difficult not show your influences sometimes. People are very interested in references when describing music, and I don’t mind people saying we remind them of certain bands (especially if we like the band!), but I hope the quality of the songs stands separately from the sound or influences. I think it’s just Pop music, in the old sense.

3) About the full length record "Tear Your Minds Wide Open",  what can you tell about the recording process? Was this a live in the studio recording or a track by track recording with lots of overdubs? 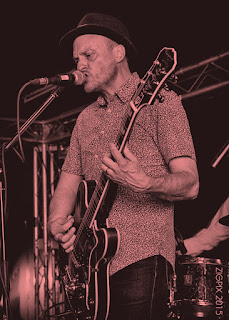 We recorded the basic tracks (drums, bass, rhythm guitar) live in the place we rehearse, which was in a friend’s lithographic printing business – surrounded by printing machinery and bales of paper! We rehearsed there for years, and made most of our records in this way. That was why the ‘live in the studio’ album ‘Live-O-Graphic’ had that title (I thought it was funny.. for 5 minutes). We record onto a portable 8 track recorder then transfer the tracks onto my computer at home for overdubbing the vocals, keyboards, percussion and any solos etc. It’s not a unique process (apart from the location) – many artists record this way now, especially if they don’t have a budget for recording. It’s the cheapest way to do it. Now we have to move out of the printers, but Mole has had a small recording/rehearsal studio built in his garden and we’ll probably do it there in future. As well as being our drummer and bassist of The Embrooks, he is also State Records, and occasionally engineers and produces sessions for bands in his home studio. ‘Making records that sound like records’!

4) It seems that you are the main composer in the band but what is the involvement of the other members as far as arrangements of the songs are concerned?

I am the main composer, but everyone in the band contributes to the arrangements in some way, but the extent depends on the original demo. In the early days, I made extremely detailed demos of new songs, and generally the band just learnt directly from them. Now I try to leave the demos quite rough to allow everyone to contribute their own personality and ideas to the finished arrangement. It’s quite difficult for me to leave the demos unfinished because I love making them, but it’s no coincidence that we make better records when everyone contributes to the song. 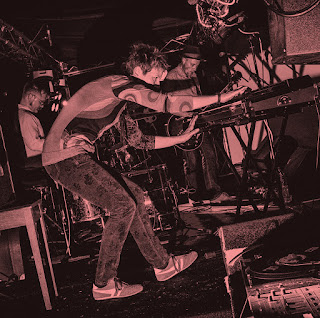 5) To what kind of music did you listen to as a teenager and does it still influence your today work? What was your favourite band as a teenager? Name 3 bands that you consider still have an influence on your own work today.

I suppose the same music as a lot of people who make our sort of music, no surprises. The Beatles, Small Faces, Kinks, The Who, Pink Floyd from the classic years, XTC, The Jam, The Stranglers, and lots of punk rock/new wave from the years we grew up in. From there it was into the more obscure acts that never made it, but left behind a few nuggets for us to discover…. I still listen to all those acts now, plus all the obscure stuff that keeps turning up. I also try to listen to newer acts who manage to capture the excitement of those old records, like King Gizzard & the Lizard Wizard, Tame Impala and Soundtrack of Our Lives (not so new maybe!). I try not to be influenced by anyone specifically now, but I guess all those years of listening to The Nazz and other psych-rock acts has just soaked into my brain.

There is a playlist of promos and live clips here:

7) What can concert goers expect at a gig of GALILEO 7? Are you playing any famous cover songs?

You can always expect lots of energy and lots of noise! We do play some covers, but it depends how the gig is going… We have been playing ‘Astronomy Domine’ (Pink Floyd) recently, as well as ‘Tinker Tailor’ (Terry Reid). In the past we’ve played, ‘Circle Sky’ (Monkees), Reynard the fox’ (Julian Cope), ‘Him or me’ (Paul Revere), ‘Tattoo’ (The Who), ‘Kingdom of Love’ (Soft Boys), but generally we try to mostly stick to our original material. Covers can be fun to play, and a short cut to get an audience reaction, but mostly we’re there to play our own songs…

8) On the 2014 release "False Memory Lane", Mole was still playing bass and I noticed that on the new record he moved to the drummer seat. What can you tell us about this switch in position inside the band? Was this his personal decision or a mutual decision? 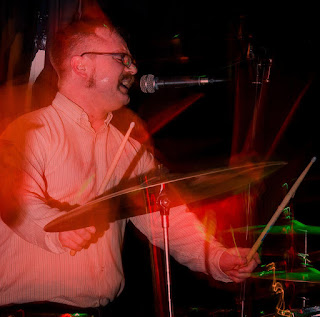 It was originally just circumstances that forced the switch. Our original drummer Russ wasn’t going to be available to play for a long time because of his commitments to Secret Affair. We didn’t want to stop playing – ‘False Memory Lane’ had just been released and we wanted to promote it if we could. We were a bit stuck, but then Paul Moss (our original bassist) said he could come back to the band and allow Mole to switch to drums. This worked out well because not only did both of them already know the songs, it was also obvious from the first rehearsal that this line-up of the band just had something extra. More energy, more spark, more excitement, more of everything. The band just started to kick some arse properly! As soon as we’d finished the first gig with this line-up, it was obvious that it had stay together. Luckily all four of us agreed that this was something special.


9) What are the plans for the rest of 2018 as far as GALILEO 7 are concerned? Are you guys planning to tour Europe soon to promote this newly released vinyl record? 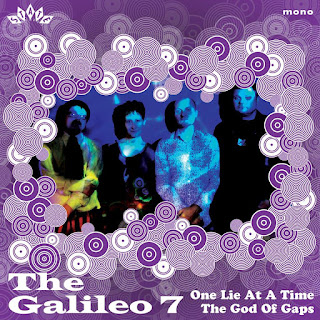 We don’t have an agent and we have to fit in our gigs around our personal commitments –it’s quite hard to get us together for more than a dozen gigs a year. It doesn’t get easier to find gigs, but we’re always open to interesting suggestions from venues, promoters, festivals and other bands. In this scene the bands are reliant on direct contact from people who already like the music. We love playing outside of the UK – anyone wants us to play just get in touch! We have 4 gigs in France in April – more details when we have them.

Listen to the music, buy the records, come to our gigs! If you’ve liked the music by our other bands (including The Prisoners/Solarflares etc etc, plus Mole’s bands The Embrooks, The Mystreated, The Higher State) then you will enjoy our noise…!

These guys are boss!