The Sino Hearts - Mandarin A Go-Go 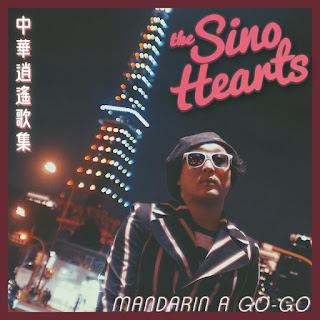 THE SINO HEARTS are a brilliant 70s Punk Power Pop/Garage band based in Bejing, China.  Recently, Topsy Turvy Records released their second album 'Mandarin A-GOGO' which was recorded and produced in Austria, especially mixed and mastered on a vintage analogue tape machine.
The album contains 10 fantastic new songs, taking their musical influences from 60's Garage, 70's Punk/Power Pop and little bit of Mod swagger thrown in for good measure. These Chinese punkers are just incredible and will absolutely blow your mind with their powerful music! Without any doubt this is the best Chinese rock'n'roll band. Here is a very enlightening conversation with ZHONG, mastermind behind the SINO HEARTS.
1) For the viewers of this blog who would not know you, What would you tell about The Sino Hearts to introduce yourselves? How long are you together as a band?  What is your musical background? Who is playing what instrument in the band nowadays? How did you come up with the name of the band?

Hey Eric! First of all,thank you for this interview! Well, My name is Zhong and I formed The Sino Hearts back in 2014 when I was still living in Vienna, Austria. So the original members were Frank (Drums), Kasi (Bass), Fabian (Guitar) and me (Vox & Guitar) and we recorded a few songs and did open for several power pop or garage punk bands who came to play in Vienna.

Around 2016 I decided to move back to Beijing and explore my musical career over there, because I moved to Vienna when I was very young and when I managed and played DEECRACKS China tour 2015, the development of the whole country was shocking, also along with the music scene. So I reformed with Chinese members and continued to play the old and new songs till now,because I wrote all the music and lyrics from the start.Current members are Xu on Drums and Li on Bass plus me as the guitarist and lead vocal.

Well I used to study classical music back in Vienna, later moved to normal major like cultural communication at university of Vienna, besides I played bass guitar with local punk bands like Deecracks, Frankenstyle, 2nd class substitutes, Maltschicks Molodi and so on and went on tour and recorded albums with different groups.

When I was in Vienna,I always went to little Chinatown to buy Asian foods and one of the spots was called Sino Supermarkt , I just pick this inspiration and as a big fan of power pop bands all good bands comes up with something with “Hearts”, so that’s how the band name came from. 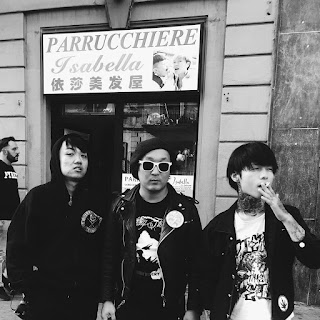 2) About this latest full length album "Mandarin A Go-Go" newly released on Soundflat, what can you tell about the recording process? Was this a "live" in the studio recording or a track by track recording with lots of overdubs?

2019 was a very busy year,cuz we toured in South Korea and made my comeback tour back in Europe with the first full Chinese Line-up.In between the tour schedule we recorded this “Mandarin A Go-Go” Record at S.T.R.E.S.S Studio in Graz,Austria.

Our producer, Tom, was a good friend of mine and we are both music nerds, so I was totally into this recording session with his help.

We did several preparation back in Beijing in advance, like drums and bass for upcoming official European recording session, so besides the drums, I recorded everything in the studio as kinda of Dave Grohl person,cuz over the years through different music training, I could manage to do it in a short time.The whole album was recorded around maybe in only 5 days.

All the instruments were recorded separately and in a musical strictly way with overdubs for sure and Tom did the mix and mastering in 2 days I remembered,just like the Ramones first record,even it might sounds rough and imperfect,but it was all strictly well recorded and imperfection is the soul of Rock’n Roll music on my opinion.

We use both techniques actually,because that is a common thing in modern recording trend I guess.There were ton of original vintage gears at S.T.R.E.S.S studio in Graz and I picked like a 60's Vox & Fender Amps and 70's Marshall 800 and many others all time classics as my guitar tones with all 60's Beatles Recording Mic settings. During the mix and mastering process, Tom did it on the analog machines in order to get the sound we all obsessed with!

I wrote all the lyrics and music and do the arrangement with previous Austrian and now Chinese Band mates and now I am preparing the 3rd album including at least 15 songs,probably still needed to fly to Europe to get the real musical connection and authentic sound! 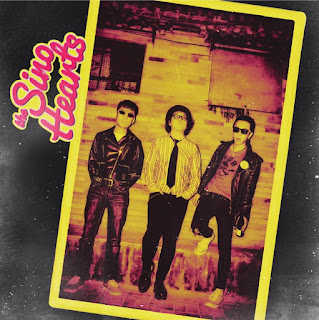 I’m not only a big fan of 60's garage and 70's punk/power pop mods music ,but also very influenced by Viennese way of life. Mostly about loneliness and negative feeling of urban city life, musicality was catchy and happy, but when you look at the lyrics is the opposite.

6) How would you describe the kind of music you guys are playing? If I were to call it "PowerPop", would you agree with this label or do you consider there is way more than that?

Some of the tunes I guess they are PowerPop , but I don’t have any boundaries with good music. Because around 10 years ago I was still a chaos punk and playing D-beat opened for the casualties show in Vienna. We play melodic 70's influenced modern Garage Punk if there must be a label.

8) To what kind of music did you listen to as teenagers? What were your favorite bands as a teenager? Name 3 bands that you consider still have an influence on your own work today.

As a teenager around 2000's besides classic music like Rachmaninoff, Debussy. I listened to lots of new garage revival bands, hardcore punk, streetpunk stuffs. But it’s very hard to pick 3 bands,I’ll try.

9) What can concert goers expect at a Sino Hearts gig? Are you playing any famous cover songs during the set?

Over the years touring we did cover numbers like Buzzcocks “Ever fallen in love”,the Zeros “Beat your heart out”,Exploding Hearts “Pretender” , Johnny Thunders “Get off the Phone”,Sex Pistols “Lonely Boy” and so on. 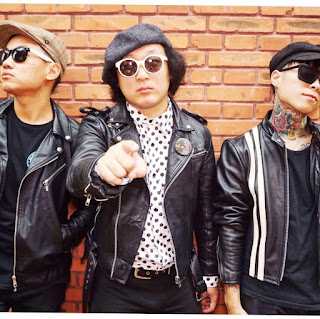 10) Is there a real rock'n'roll scene in China today? Are there any bands in the China today you consider yourself close to, musically speaking?

Yes,China is a very strange combination between the different ideologies which leads to its cultural development too. Rock’n Roll scene here is still kinda very new and young people still getting involved a lot, most of the audience are under 22 years old which I think is very different from any other Rock’n Roll traditional countries. But the average level of music development is still not comparable with the west. I spent the most important times in Austria so I don’t feel close to any Chinese bands but there are few I could recommend to you and viewers of this blog.

We are gonna play a festival next weekend at a big concert hall in Beijing, cuz the corona outbreak is under control in China whatever people outside believe or not. And keep working on new songs for the 3rd album and let’s see when the normal world is back on track again then we could have fun on touring as we used to have.

Hope everybody stay safe and healthy and please wear the masks!hahaha

OR A PHYSICAL COPY HERE: